This Guy, He's The One Who Spent RNC Money On Lesbian Bondage Horse-Bits Sexytime 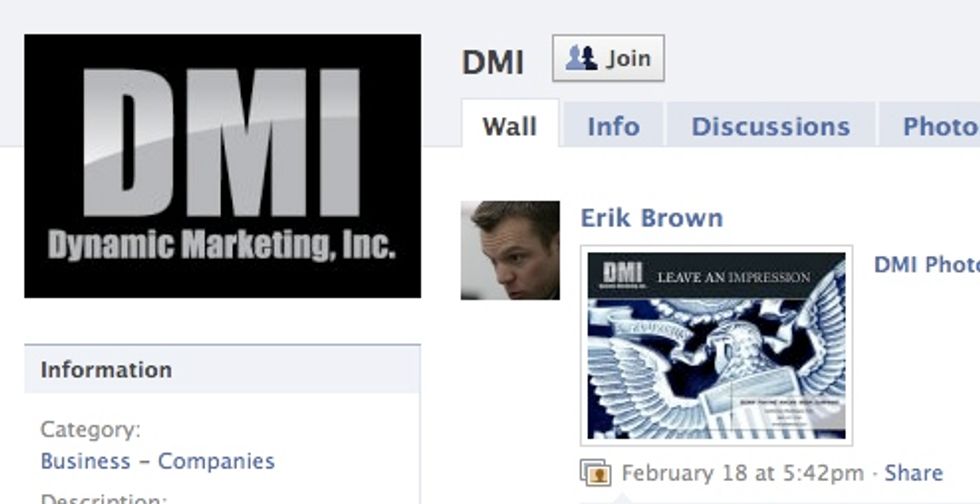 We have a weiner! "The Republican National Committee gave nearly $2,000 to a Southern California GOP contributor for meal expenses at Voyeur West Hollywood, a lesbian-themed California nightclub that features topless dancers wearing horse-bits and other bondage gear, according to newly filed disclosure records." This guy, Erik Brown, CEO of DYNAMIC MARKETING INC. (the "FUCK YEAH" of MARKETING) has a great Facebook page, though.

Brown has contributed nearly $10,000 to Republicans since 2007, including at least $1,500 to the RNC, records show. A Twitter account registered to a user of the same name also suggests Brown attended a football game in Washington on Oct. 26 with the committee chair: "Enjoying the football game with RNC Chairman Michael Steele. (Eagles vs Redskins at FedEx Field)."

Well, we all know how much Michael Steele loves his Redskins! Here is footage of Erik Brown with Michael Steele at this actual football game, 20 years ago, in 2009 (skip to the :29 mark):

Here is what Erik Brown wrote on Facebook just before his hilarious RNC bondage spree.

Way to get the joke in before those stricter privacy settings, Craig Hansen!