This Is Just A Really Good Breitbart Interview With Sean Spicer 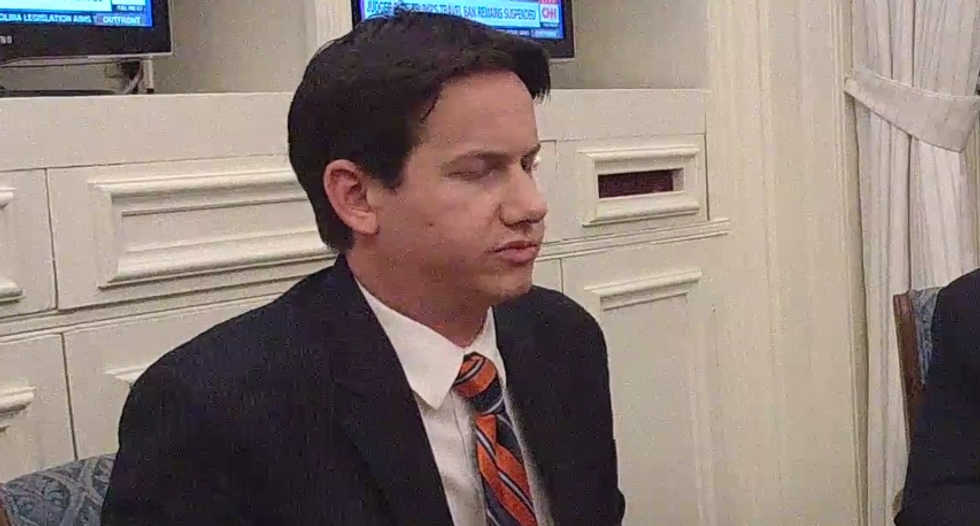 So, Dead Breitbart gets to go to the White House now, because its (maybe?) former leader, Steve Bannon, is now the president of the United States. And oh, what journalism it is already contributing to our national discourse! Consider this interview, conducted by a 12-year-old boy named Charlie Spiering, who presumably won a contest for writing the best "alt-right" version of the "If I Could Give The World A Gift" poem in his WHOLE elementary school. Let us watch it and marvel at it!

Obviously for those out there who cannot be bothered to watch a damn video Wonkette shares, we will add some descriptive details about it. Here is the part where the little boy sits at a table with Sean Spicer and neither of them talks:

Here's the part 15 seconds later where they still don't talk:

UH OH, now we are words-ing! To be fair, the young man doing the interview seems nervous:

Who's that over there on the right playin' peek-a-boo? It's Melissa McCarthy maybe!

Who's over there on the left playin' peek-a-boo? It's the Breitbart breakout star doing the interview!

Who's that over there on the right playin' peek-a-boo? IT'S A CHAIR!

Did that give you an idea of how good this interview is? OK, here is a moving picture .GIF thingie, to show you even gooder:

i love this breitbart interview so much pic.twitter.com/n0bAAgoVYF