Town seals are just about as dumb as state flags, ALL OF WHICH are bad. But the Winner Winner Chicken Dinner of the shitty town seal contest, at least until we find a new worst one ever, is probably that little gem pictured above, from Whitesboro, New York. (And NO, it's not called Whitesboro because it is a 'boro just for whites, why would you ever think that?) So what's going on in that picture? Sure looks like a white man murdering an Indian to us, but maybe that's just because we're not all up on our history. Let's see what the mayor of Whitesboro says:

“I am aware that people are upset about it," says Whitesboro mayor Patrick O’Connor. "Some have reached out directly to me through my village email. And if they looked at the seal and went with an opinion based solely on what they’re looking at, I could understand why people would have concern about it. But, [as with] everything else, I think you have to take all the facts into consideration. And if people take the time to do that and they reach out to us, or they do the research themselves, it’s actually a very accurate depiction of friendly wrestling matches that took place back in those days.”

See? Back in the olden-timey days, sure, there was a lot of genocide pointed in the general direction of every Native American tribe ever, but before all that, there was The First Thanksgiving, Disney's Pocahontas, and a bunch of friendly wrasslin'. GUY STUFF, you wouldn't understand.

“The first thought that anyone has of this image is, ‘There’s some white guy killing an Indian, strangling an Indian,'?” Cliff Matias, director of the Redhawk Native American Arts Council in Brooklyn, tells the Voice. “It’s saying, ‘Well, they didn’t just conquer and defeat the people, but they also beat them in a wrestling match.’ It’s utterly ridiculous that a town would have pride in a symbol like that in this day and age.”

Okay, now let's give the mic back to the village of Whitesboro, to see if we can get this resolved:

"[Town founder Hugh White] accepted the challenge, took hold of the Indian and by a fortunate trip, succeeded almost instantly in throwing him. As he saw him falling, in order to prevent another challenge, he fell upon the Indian for an instant and it was some moments before he could rise,” the site reads. “When the Indian finally rose, he shrugged his shoulders and was said to have muttered ‘UGH, you good fellow too much.' Hugh White became a hero in the eyes of the Oneida Indians.”

Big valiant Hugh White was like "Total TKO, bro!" and then the Indian was all "UGH!" and went home to get ready for the coming genocide, that's all. Because all town founding stories should include at least one exclamation of "UGH!"

Here is the original seal, before it was updated to look like a page out of a children's book: 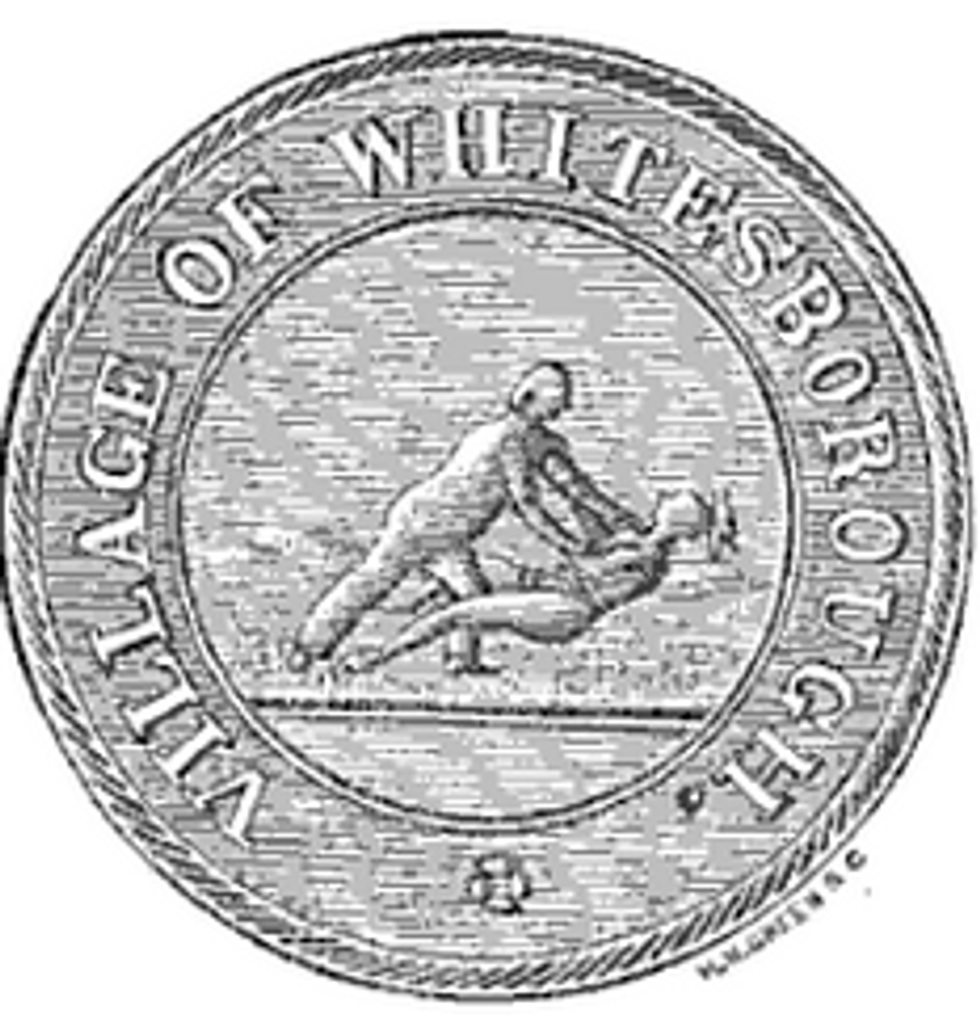 Yep. Still looks like a man killing somebody, but it's harder to tell whom he's killing in the old version. (HINT: IS A INDIAN.)

This one, from Whitesboro's obvious sister city, Pawnee, Indiana, is a little bit clearer. 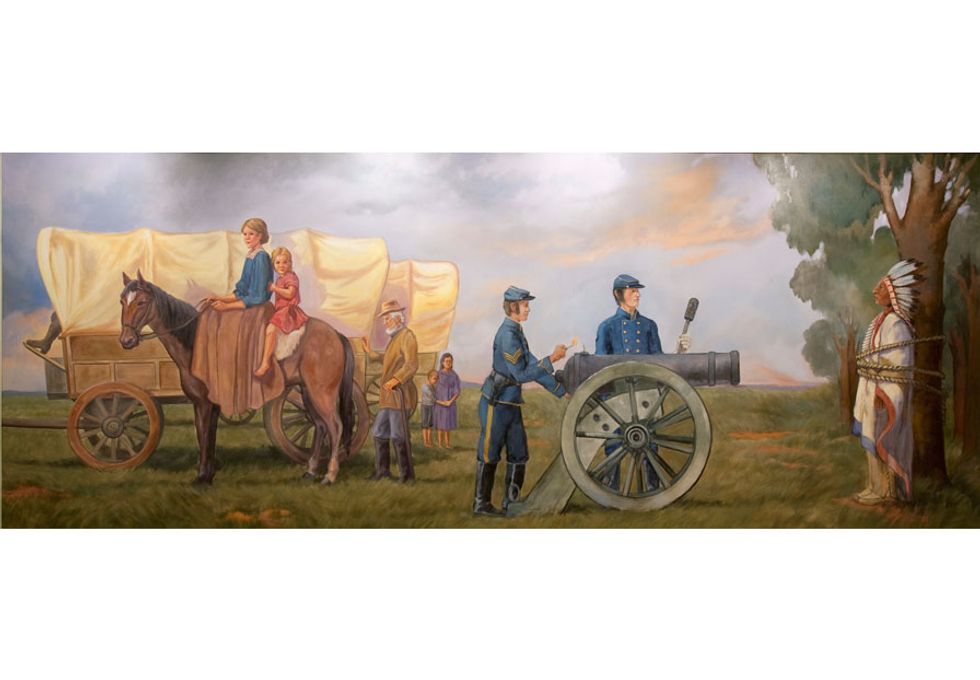 So, is this racist? YES, we think so! There is a Change.org petition asking the town to change it to something nicer, if you are inclined toward those sorts of things.

Russia Trying To Re-Elect Trump, And He Is MAD (That Democrats Found Out)

Don't Cyber With Rudy, Your Computer Will Get The Herp!

Dana Rohrabacher: If I Did It, Oh Wait, I Did!

ROGER STONE FOR (40 MONTHS IN) PRISON!