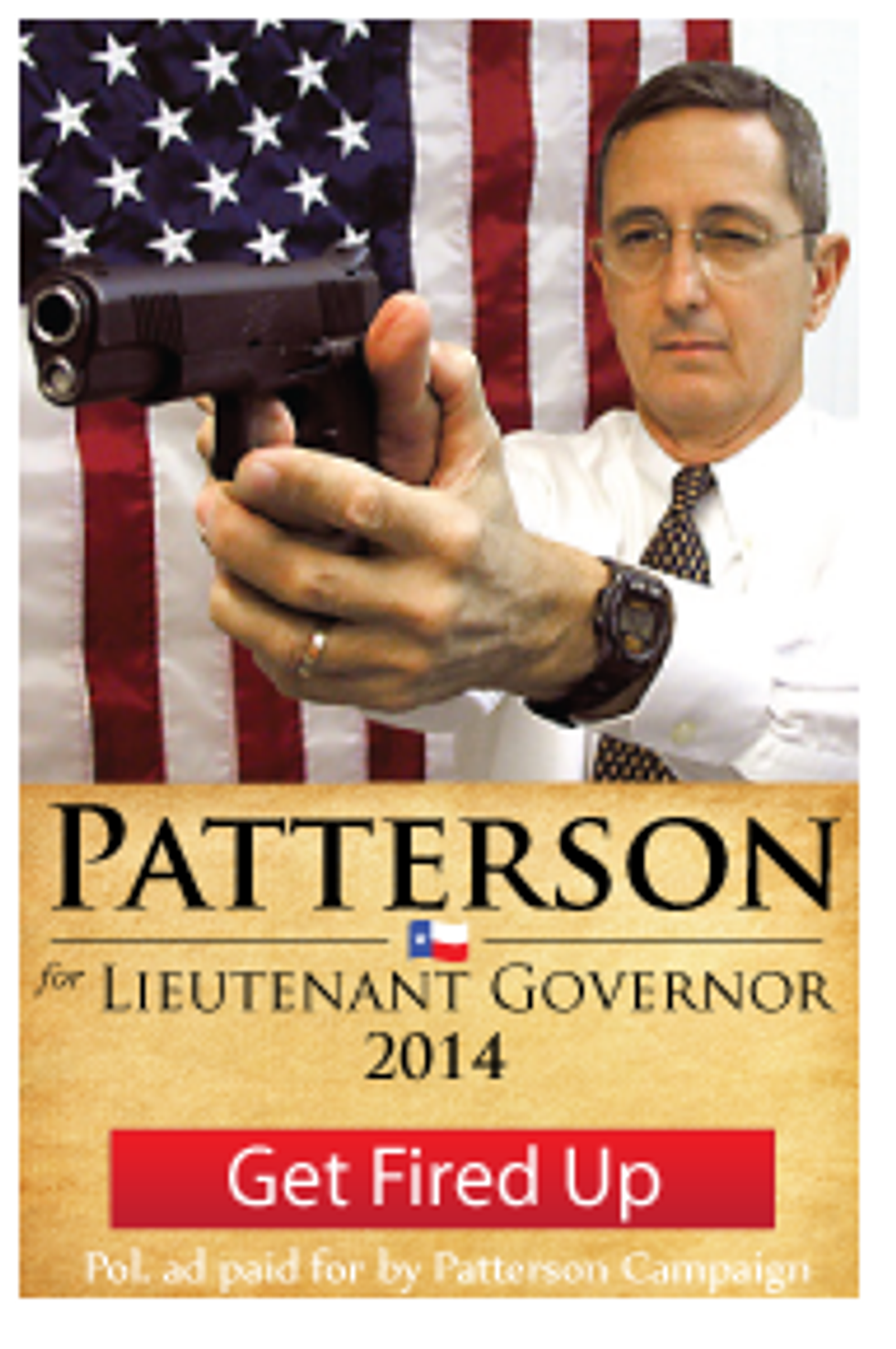 In Texas, unlike stupid places like California, where our lieutenant governor is so pretty and does so little he's got time to be a teevee show host, the lieutenant governor seems to get to do thinks, like set the Senate's agenda, and vote in the lege and gerrymander stuff. It is, in fact, considered the most influential job in the Texas gubmint. Think of it as having the powers of the vice president, in the Bush years!

Anyway, here's Jerry. Seems like a swell fella! There is a LOT about his military service, a bit about GUNS and repealing helmet laws for freedom, and ... that is about it! There is also this fun thing, which we thought were Gold records, because we are dumb hippies:

Those are not Gold records! Those are bullets, because Jerry Patterson loves murder.