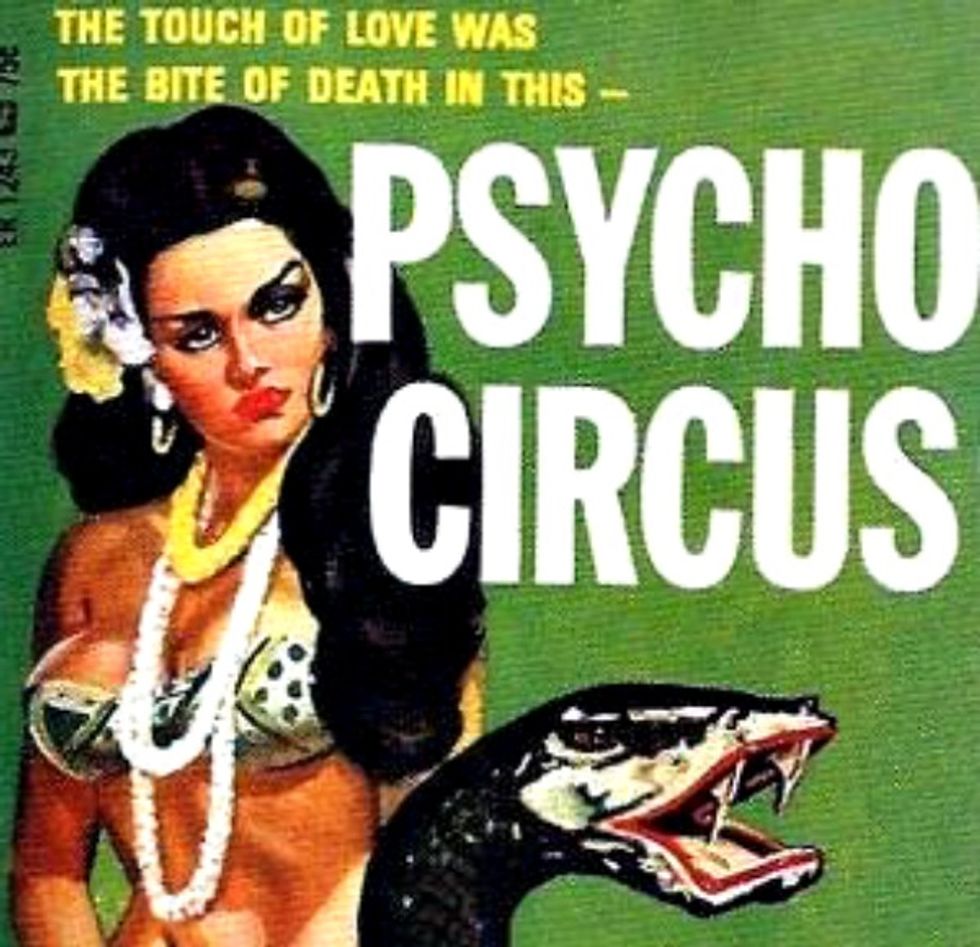 see? we told you that you needed a serpent

Oh hello there. Were you wondering what it would look like if a rural preacher (who looks vaguely like a Dorian Gray-style painting of Dick Clark stashed in his closet for 45 years) showed up on your YouTube Teevee and lectured you about how sex makes you homeless? Wonder no more!

That Alabama goober right there is ... well, he doesn't actually say his name. Would you, if you were about to say things this stupid? Hopefully not!

“Sex has never been ordained by God,” he says sitting behind two phallic lighthouses. “In fact, it was the first sin, Adam and Eve and the serpent. And you see what happened to the serpent on that.

Consider it a mark of our wickedness that we went "wait, what did happen to the serpent?" and had to ask the Google to thumb through an evangelical Bible for us, basically. (Cursed, made to crawl on bellies forever, whatever.) We are less troubled by our own forgetfulness and more troubled by the fact that Mr. Unnamed Alabama Preacher Man seems to maybe think that the first sin was Adam, Eve, and the Serpent getting it on. Not that there's anything wrong with that.

What are some other problems with sex, weird dude?

"If you don’t mention sex, two men or two women can live together, share a place, have a place, and one can leave whatever she got, and they can have a ‘merge partner,’ they call it.”

OK. Gotta admit that we have NO FUCKING IDEA what that might mean. If you live with whoever you like but never say the s-word, then you are automatically partners of some sort? That seems neat for purposes of wills and estates and all that, but what if you fuck up just once and come home with lovin' on your mind? Is it all over even if you don't do the nasty with your roommate? Does a serpent need to get involved?

Ok, so let's say you and your no-specified-gender-needed roommate do decide to bump uglies? Then what happens? Wreck and ruin, friend. Wreck and ruin. In fact, you may as well just start snorting Columbian marching powder off of your roomie's backside.

“I say this to the young people: Sex is a very dangerous thing. As dangerous as can be. As dangerous as cocaine or anything else. If you start, say as a young person, and get hooked on that, and it’ll paralyze your mind where you won’t learn very well like you ought to, most time. And it’s gonna create all kinda problems. [...]

“Sex, I think, well, sex is the biggest, the most reason, well, all the homeless, abused children in the world is because of sex.

We were going to try to untangle whether that meant he thought that children became homeless and abused because they had sex, or people who wish to have sex take advantage of homeless abused children or whether or not the homeless children need a serpent too, but then we realized we'd already spent far too long inside this guy's creepy skull, so we're out.