[Editor's note: We are running all your favorite Thanksgiving recipes today! Enjoy this one from 2009, from former Wonkette writer "Juli Wiener," but actually it is from Mamie Eisenhower and it is not actually called Lesbian-Soviet Hockey Rink. That is something former Wonkette owner "Ken Layne" called it, for a joke.]

Here is your bit of "DC gossip" for the day: a Jell-o dessert recipe, for the holiday of Thanksgiving! It is Mamie Eisenhower's famed Red Scare Thanksgiving Jell-o Dessert and it is best served chilled, to family members you hate. (There is Mamie right there below with "friend" Lenora Hickock, feeding each other Jell-O and giggling knowingly.) This vile thing is exactly what the Eisenhowers used to force-feed the Soviets, and it is delicious.

This is all it took, plus Ronald Reagan. 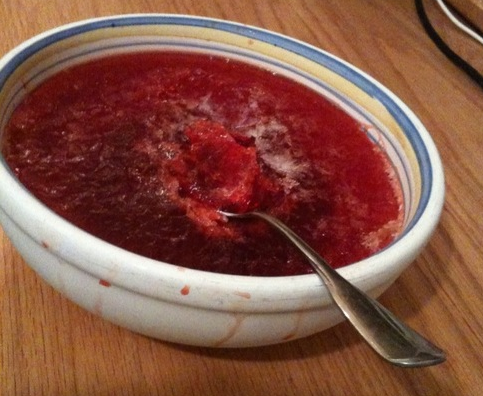 You want Wonkette to live forever and ever? Click below to give us a holiday donation!