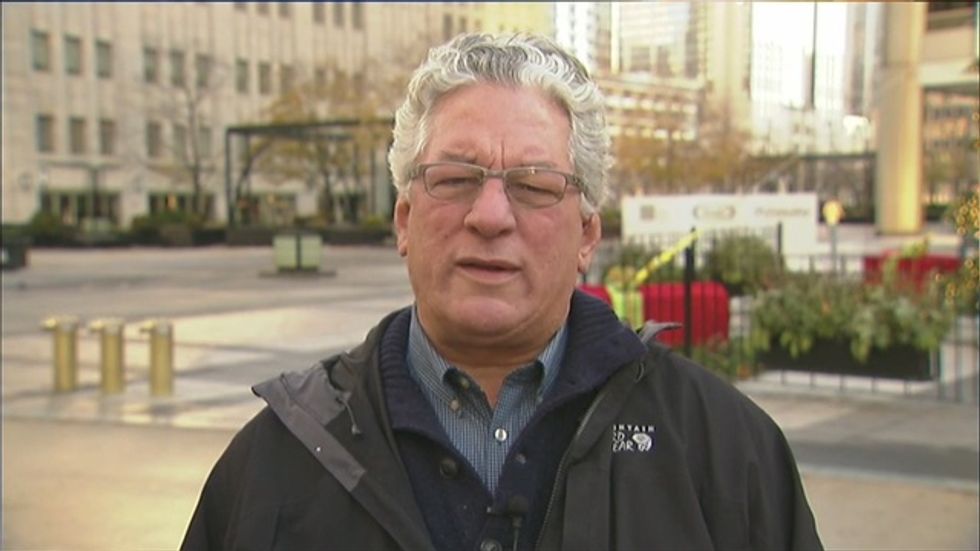 Thank god a white man has finally figured out crime!

Chicago Tribune columnist John Kass has figured out why there are so many shootings in Chicago: It's because the Democrats destroyed the black family -- there's just the one -- with welfare.

The weird thing is that Kass starts out sounding almost reasonable, making the perfectly rational point that to understand crime in Chicago, the homicide rate -- now up to 500 in 2016 -- is less useful than the number of shootings in total. OK, we'll buy that:

On average, 12 people are shot in Chicago every day.

"Shootings are really attempted murders. These are shootings not to scare but to kill, these are bullets hitting bodies," Dr. Arthur Lurigio, a professor of psychology and criminology at Loyola University Chicago, told me. "And that's what we should be calling them: attempted murders."

In 2015 there were 2,988 human beings shot in Chicago, according to statistics compiled by the Chicago Tribune.

We're with Kass so far: it's horrifying. He then tells the also-horrifying story of an old man shot in the stomach by a teenager who rode by on a bike while the man was watering his small front lawn:

One turned back and, according to police, demanded the man's wallet.

When he refused, the kid reached into his waistband, pulled out a gun and shot the old guy.

The shooter reached down, rifled through the man's pockets, took the wallet and rode away.

No argument from us: it was a callous, senseless attempted murder over a few dollars, and the kid clearly has no respect for human life. Kass then goes off on a genuinely interesting tangent, explaining that one of the reasons the murder rate has fallen is that Chicago's emergency services have improved as they've dealt with so many gunshot wounds over the years:

"The response to gunshot wounds has been honed, considerably, and Chicago unfortunately has led the way in this," Lurigio said. "A Chicago Fire ambulance is more advanced than emergency rooms of years ago, when there were 900 or so murders in the city.

"And those ambulance techs are communicating with the doctors as they roll, giving precise details, so once they get to the hospital, the physician is ready with the gloves on.

"Without the technology, we'd have many more dead. That's why shootings are the number that tells you of violence."

All well and good, clear cause and effect. Then, in the very next paragraph, Kass jumps from "huh, that's interesting" straight into complete What The Fuckery, attributing a huge number of social problems to a single cause:

The shooters, these feral young men, aren't an accident. They are the direct product of the Democratic welfare state that helped destroy families. The government became the father, the fathers became irrelevant or were driven off, and black families that had withstood decades of Jim Crow segregation began to collapse.

And that was generations ago.

Oh. Well then. Congratulations, Pat Moynihan, your 50-year-old thesis is back yet again, or at least the conservative misreading of it is. (Moynihan called for expanded welfare, education, and jobs programs -- not for black families to just toughen up and pull themselves up by their bootstraps.) The problem isn't systemic racism, decades of redlining and job loss, or poverty in general: The real problem is that those terrible Democrats tried to do something about it. Shame on them for destroying the black family. And for making cops afraid of shooting black kids 16 times.

Now apparently all we need to do is eliminate the few remaining shreds of the social safety net, tell people to get jobs, dammit, and let police Git Tough. And round up those feral boys, of course.

We do have to wonder what Dr. Lurigio, whose insights into why shooting rates matter more than murder rates as a barometer of crime, might think about having his analysis grafted so clumsily onto Kass's discount-store sociology about the single cause of violence in Chicago. We're hoping he'll say "What the hell? How did you get there?" when he reaches the last third of Kass's column.