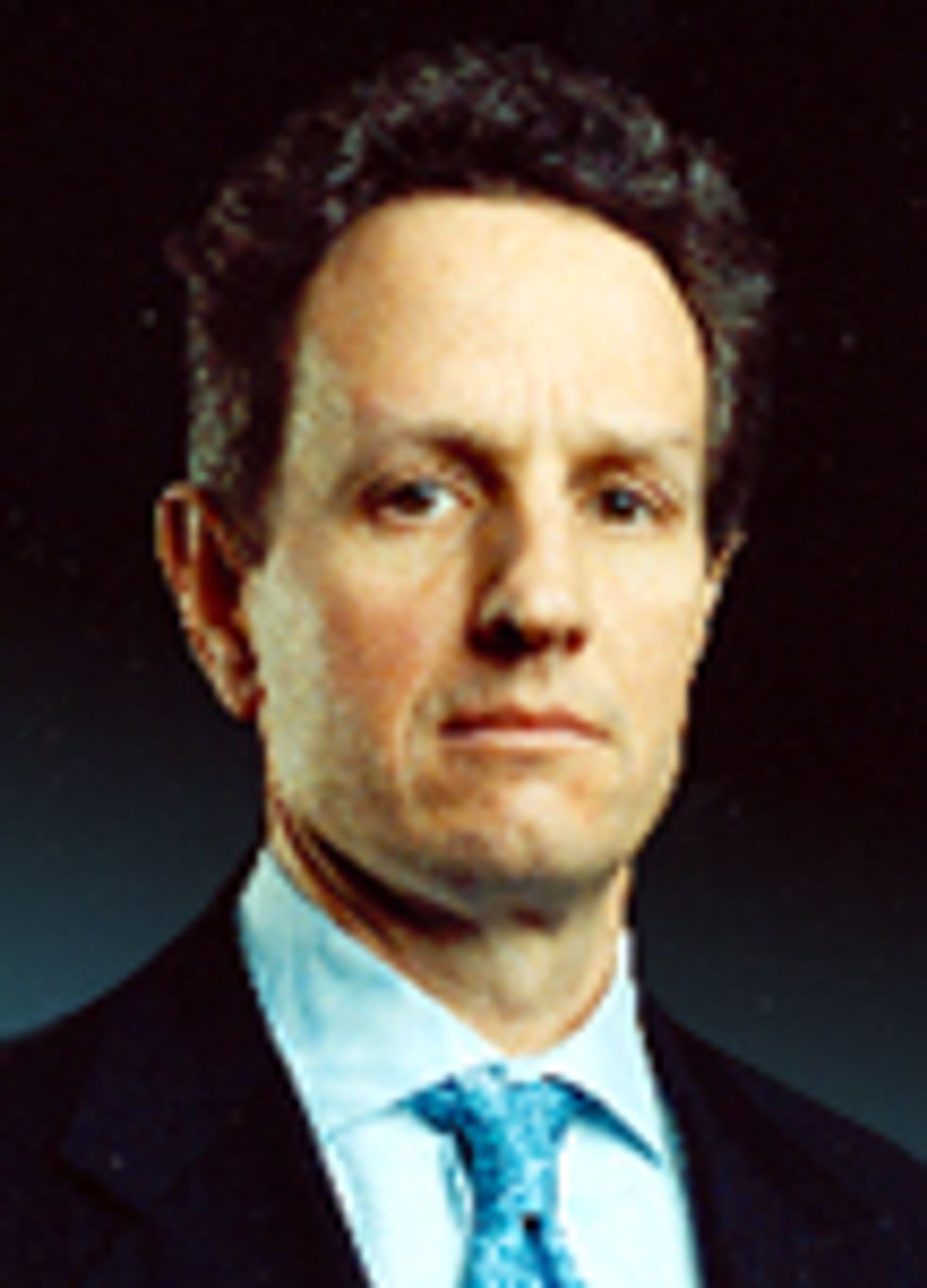 Oh everybody was soooo excited that this New York guy, Tim "Timothy" Geithner, had deigned to be Barack Obama's treasury secretary. But now it comes out that for several years he paid state and federal income taxes but no payroll taxes! Well, everybody knows that payroll taxes are just forpoor people anyway. They're not even "real" taxes.

Here is the deal: back in the early part of this decade, Geithner worked for the International Monetary Fund. As an international organization, they don't withold Social Security and Medicare taxes from their American employees' payrolls. Instead, they pay those employees an extra 15% with the understanding that the money will go to self-employment tax and not to, whatever, Cristal and hookers.

This dummy Geithner did not pay his self-employment tax for four years because apparently his accountant said he didn't have to. (?!?)

So then when he got audited in 2006, he wound up having to pay back taxes for 2003 and 2004, which he paid. But a three-year statute of limitations prevented the IRS from auditing him for the years 2001 and 2002, which he also owed back taxes on. So what did he do, this nationally prominent government money guy who probably had some inkling that he might some day might want to be even more nationally prominent in the world of finance? He said, "Enh, all right, I'll just keep the change."

Not until he was being vetted by the Obama transition team did he finally decide to produce the remaining $26,000. This is why he is a lamer.