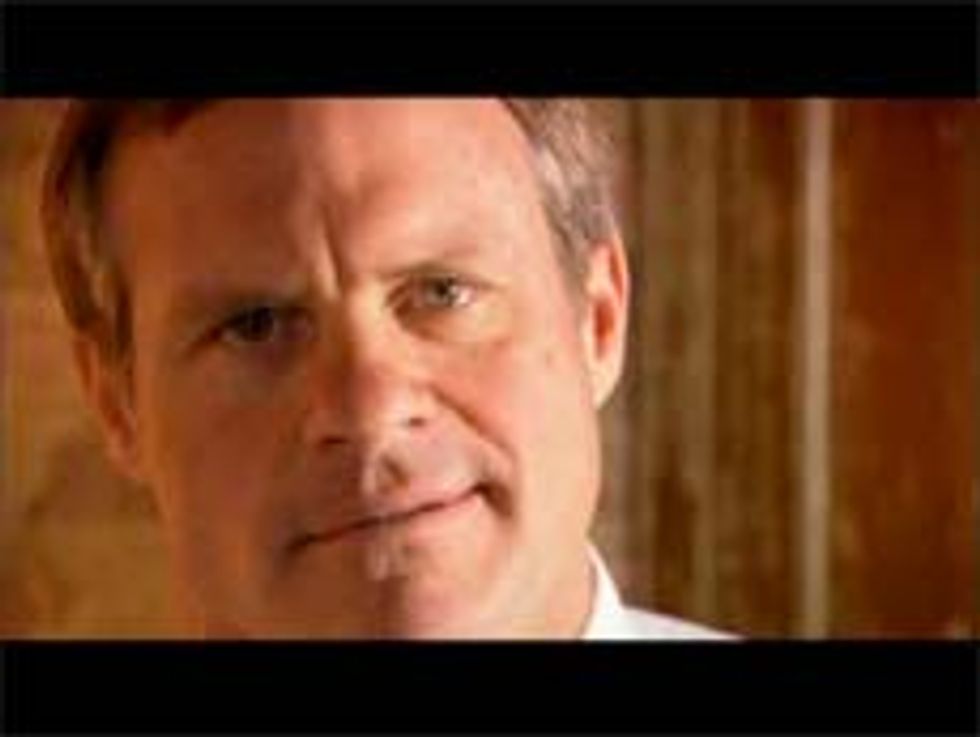 Three whole weeks ago, star of stage and screen Tim James submitted himself to the approval of the Alabama Republican electorate, along with two other, lesser candidates. Did it make sense to them? Nobody could tell! James and some dude named "Bentley" were almost tied for second and the right to go a run-off. But last night, after spending $200,000 on a recount, James finally gave up, meaning that there will be no more hilarious ads in which he walks around his palatial home and asks if things make sense to us -- and even the videos we knew and loved have been disappeared, by Stalin.

Tim James was pretty much "The Al Gore of Alabama 2010" in that he was only a few hundred votes behind the other guy and he refused to concede because it might actually turn out that he won! But then, after a recount, he didn't, really, so he quit in disgust. This repugnant behavior -- using the legal process in place to ensure that election results are fair -- obviously alienated Alabamians, as this extremely sarcastic letter to the editor of the Montgomery Advertiser, from "Freddy Kreps" of Montgomery, demonstrates:

I thought you were a businessman, Tim James. You spent $200,000 for a recount and you still lost by more votes than originally, 167 to now more than 200. I put this in plain English instead of the percentage you described it by.

Remember, if you are ever elected to office you will no longer be a businessman. You then become a politician.

Next time take the results as they are. Makes sense to me. How about you?

Ouch! James refused to endorse either of the guys who beat him, which presumably means we won't see any lunatic endorsement YouTubes in James' signature style. That's too bad, because the man's greatest contribution to human culture was really in the realm of innovative short films. In his honor, we planned to repost here his masterpiece, "Tort Reform." The weird pauses, the shy downward glances followed by uncomfortably direct eye contact -- all his signature stylistic tics are there. And then, just when you think, "Oh my God, we've faded to black and we didn't even get a 'Does it to you'" -- pow! Just before the clip ends, he gives us what we want.

But the video was taken down from YouTube literally as we were typing this; it was available five minutes ago and now, poof! Gone! Why does someone (Tim James? Google? Nobama?) want us to forget this glorious chapter in American filmmaking? [Montgomery Advertiser]