Time For Impeachment: Obama Hiding 'Stomach Parasites' From the Public 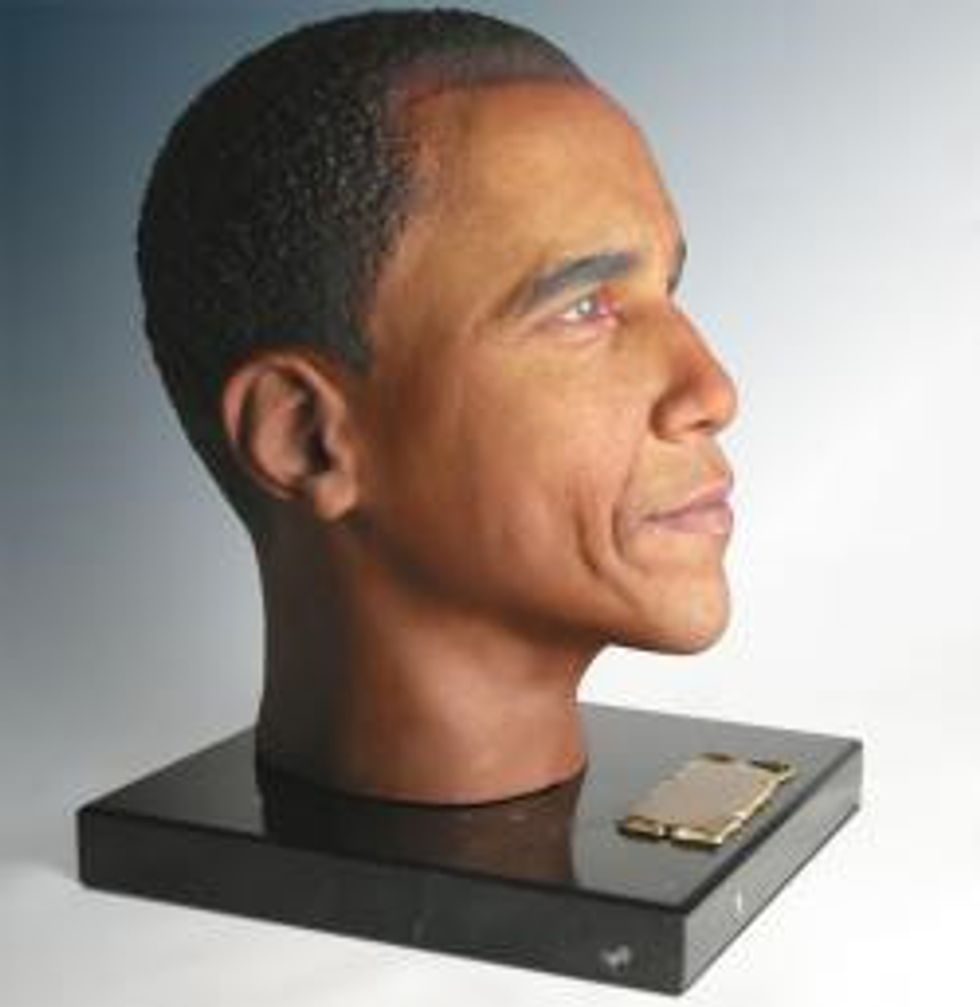 Did you know President Obama has suffered a "shocking weight loss"? We did not. Thatis shocking, because he looks exactly the same! He must be stuffing his clothes with socks so we won't notice. The National Enquirerlets us know Obama has appointed secret "stomach parasites" to the important Chicago goon position of "digestion czar." "The pencil-thin president caught the parasites on a trip last year to Hawaii, where he and his family also vacationed over Christmas, according to top political insiders." Yes, that's political insiders, so you know they have to be knowledgeable about this. America burns while Obama sits behind his desk in the Oval Office getting nutrients sucked off the lining of his stomach, so he should be impeached. Because really, what else is a divided Congress going to do these days?

Concerned sources say extreme stress and a poor diet caused by his hectic schedule have contributed to the 6-foot-1 president's skeletal look.

"Michelle is fearful he's close to a physical collapse," revealed an insider.

"He appears to be wasting away. "

Somehow this would all be easier to believe if it wasn't concerning a man who is photographed daily, by many different news agencies. [National Enquirer]