To New York Post, Beans & Rice Donated To #OWS Is 'Food For a King' 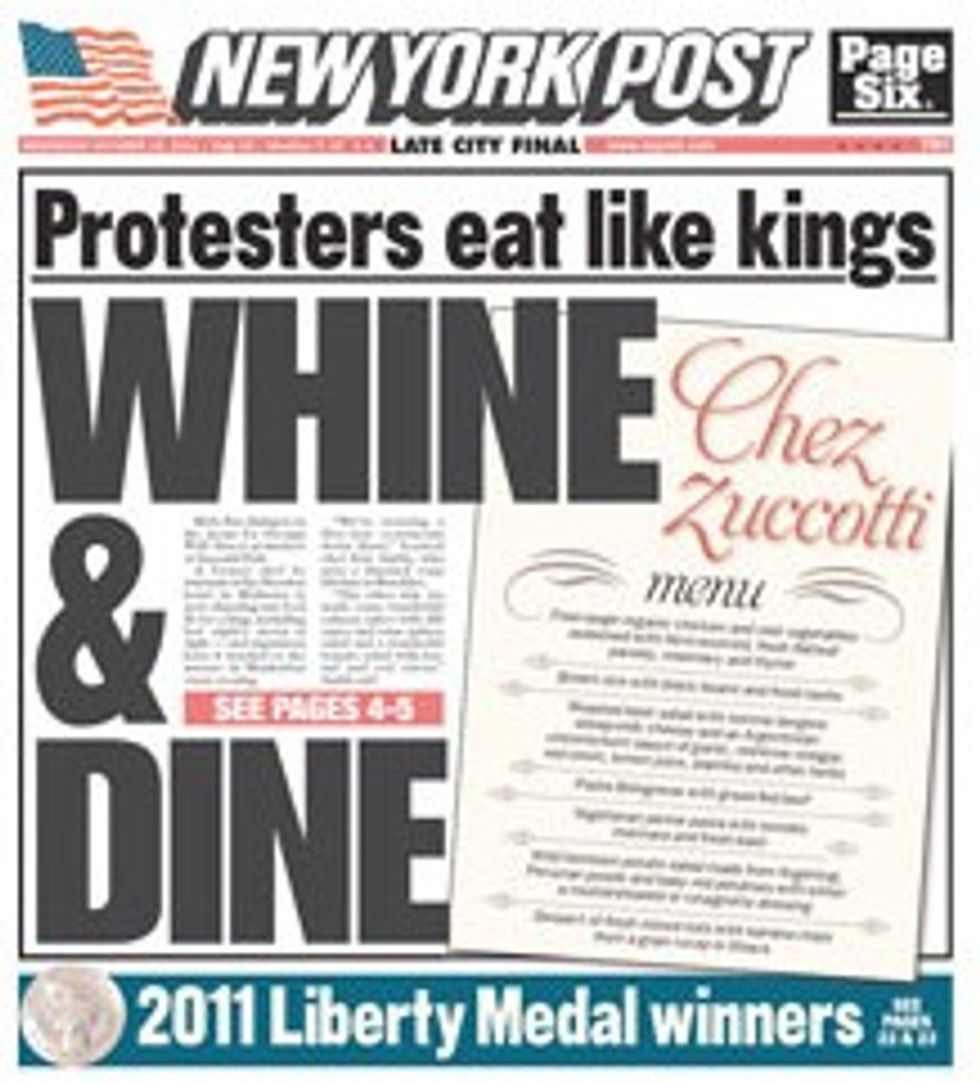 When there's nothing else to bitch about, count on ignorant scare-sheet theNew York Post to find something evil about the peaceful and polite Occupy Wall Street protesters. Maybe they are eating fancy liberal food? A new poll of New Yorkers proves that 67% agree with the growing protest against America's bank-run corporate-welfare system, and an overwhelming 87% of New Yorkers say the protesters have the right to stay at Zuccotti Park. But to the increasingly mythical Archie Bunker whose mouth moves while he reads the Post headlines and then shakes his fist at the coloreds on NY1 or whatever, those damned dirty hippies are living large like Prince Charles.

Why, the chef making the free meals is from the Midtown Sheraton! (He was laid off.) And as the New York Post illustrates with this fancy menu it made, the food is locally grown elitist vegetables and chicken. (Local farmers have donated some food.) And holy Jesus, "brown rice with black beans and fresh herbs." (Beans and rice, the inexpensive and nutritious staple of poor people.)