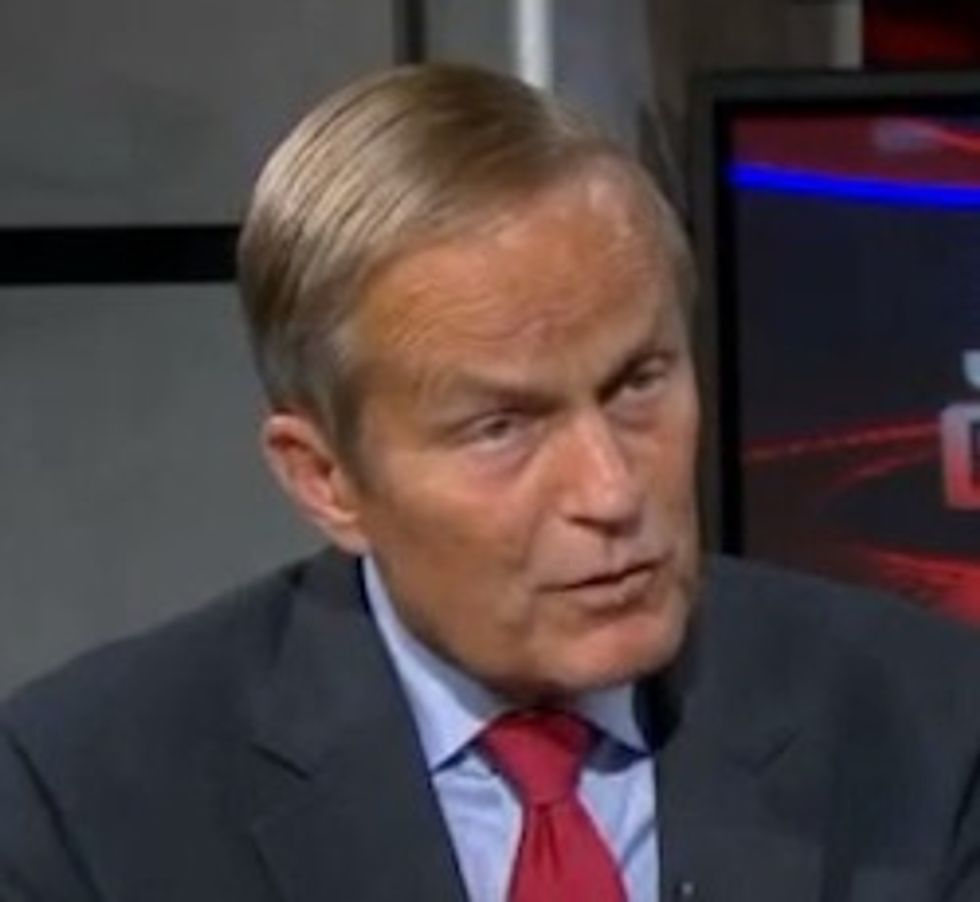 Vaginal magicexpert Rep. Todd Akin has just gone on the Mike Huckabee radio show to announce his final decision before today's 5:00 drop-out deadline and LOL, he's staying in. The reason is the same as yesterday: 9/11, and how the first responders wouldn't want him to quit!...?? Hoo boy. We could see this coming, his defiant non-quitting of the Missouri Senate race, as soon as the National Review posted an editorial calling on him to drop out yesterday. When does that ever work?

Akin suggested that he's received lots of "grassroots support," presumably meaning small donors who appreciate him sticking up to the slickster suits in Washington. We're anxious to see the "haul." And Akin will need all of that now that the NRSC, Crossroads, and all the other great big GOP money planets have told him they'll offer him no more cash. Ha! Just kidding, these groups will have to go back to supporting him now! They need that seat to win the Senate, the goddamn Senate man.

Also expect to see all of the conservative pundits who were denouncing his disgusting comments (solely because they wanted him to drop out and allow them to put a better candidate in there) revert to "he was taken out of context," "Claire McCaskill has said worse things," etc etc.

Stay strong, Todd Akin. They're out to getchee.