Total Taker Allen West Wanted Free Handouts From Makers, Because He Is A Bolshevik And Probably On Welfare 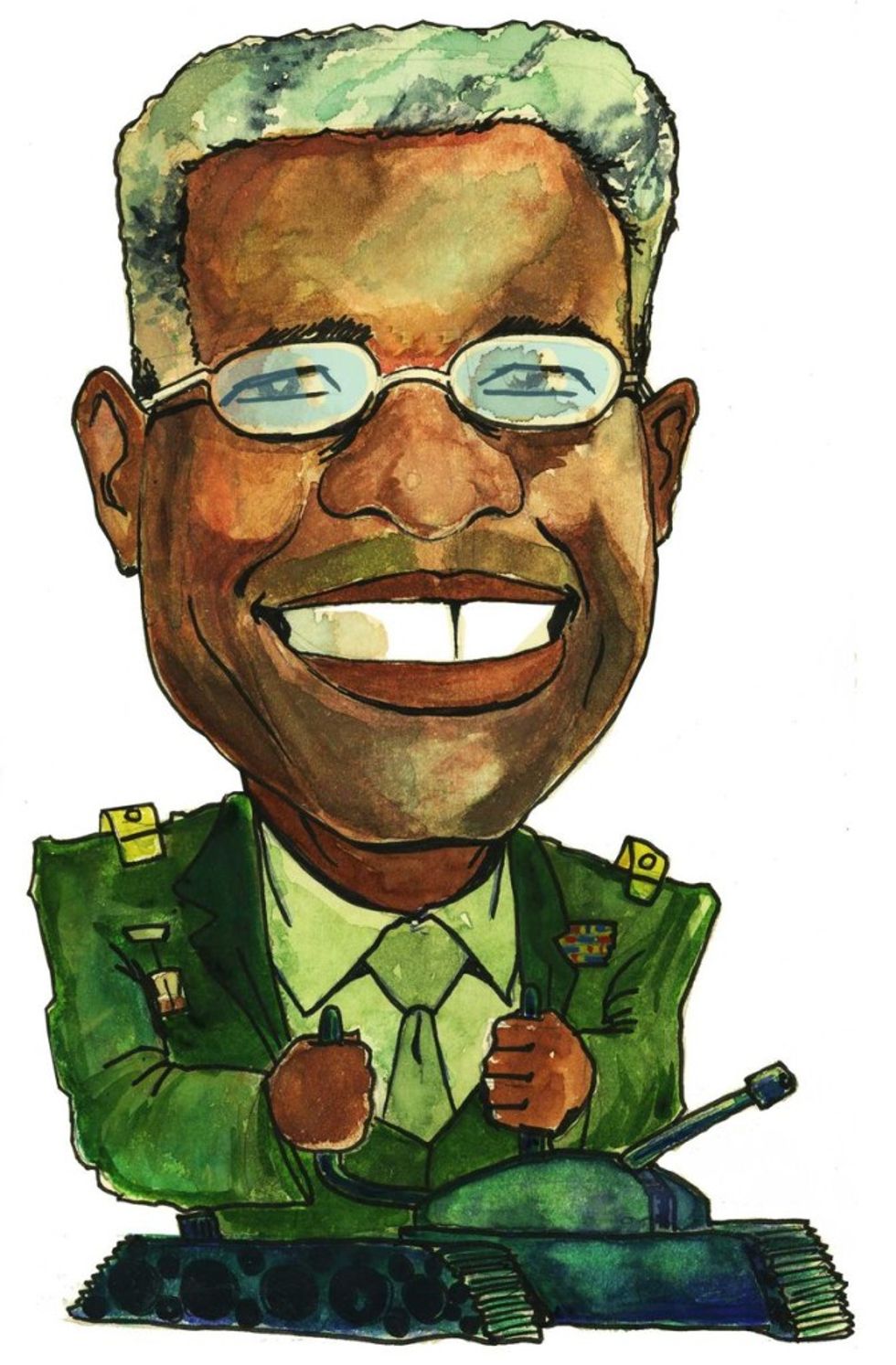 Remember last week, or this week probably, who even knows anymore Dok is on vacation and we are high on the pot, whenwe told you about Allen West's hilarious new book, How To Shoot Guns Next To Detainees' Heads And Influence People, or something?

Well, a friendly tipster/artist/ne'er-do-well, one Mr. Brian J. Crowley, sent us in these nice emails from a lady working with Allen West on that dumb book, and guess what! Colonel West (R-esigned in disgrace to avoid court-martial) wanted to use artists' work for free! That's right. Allen West, defender of capitalism from the 80 communists in Congress, wanted to suck off the labor of others without compensation. We believe here in the good ol' US of A, that is called slavery. I mean, it is right?

Let's have some emails!

I am working with Col. West on his upcoming book. Would it be possible to get copyright clearance to use this attached image [above!] in the photo section?

Thank you for your interest in the image.

Regarding the image and the copryright:

- I would need to know what the context of the image's presentation is,

- I would need to be paid a licensing fee for the use of the image for one year (alternatively, you may buy the image and the rights outright if interested)

If you'd like to proceed I can have a contract drawn up."

Thanks so much for getting back to me.

The image would be used in the photo section of the book, approximately half-page size.

You would absolutely receive attribution in the photo/illustration credit. How many copies of the book do you require?

As far as a licensing fee, we have been very fortunate with other photographers and illustrators who have granted us use of their work, particularly since any such fees must be paid personally by the author. What sort of fee do you generally look for?

I'm glad to hear you've been fortunate with others who've granted use of their work, unfortunately I don't do free work or give my work away.

$$ for use of the half page illustration for the first edition of the book, $$ for the outright purchase of the image and the copyright. If you'd like to proceed I would also want 10 copies of the book.

Let me know if you'd like to proceed and I would be happy to forward along a contract."

So "Col." West and Michelle were like okay, here are the 10 copies of your book, and also $$ for the image, right? Hahahahahaha. No.

"I'm afraid we'll have to take a pass.

Note that little bitchiness right at the end, when Michelle and "Col." West did not get their free Obamaphone. Instead of saying, "Thanks so much for your time and your response, Brian, but unfortunately we just don't have the budget. But thank you, again," like a normal person with manners and an ability to live in the world would presumably do, they acted like BRIAN was the one who'd approached THEM, and THEY were passing on HIM, because "the author" would have had to pay for the image "personally," SO WHAT PART OF GIVE ALLEN WEST FREE SHIT DOES BRIAN J. CROWLEY NOT UNDERSTAND. AND THEY DID NOT EVEN SAY THANK YOU.