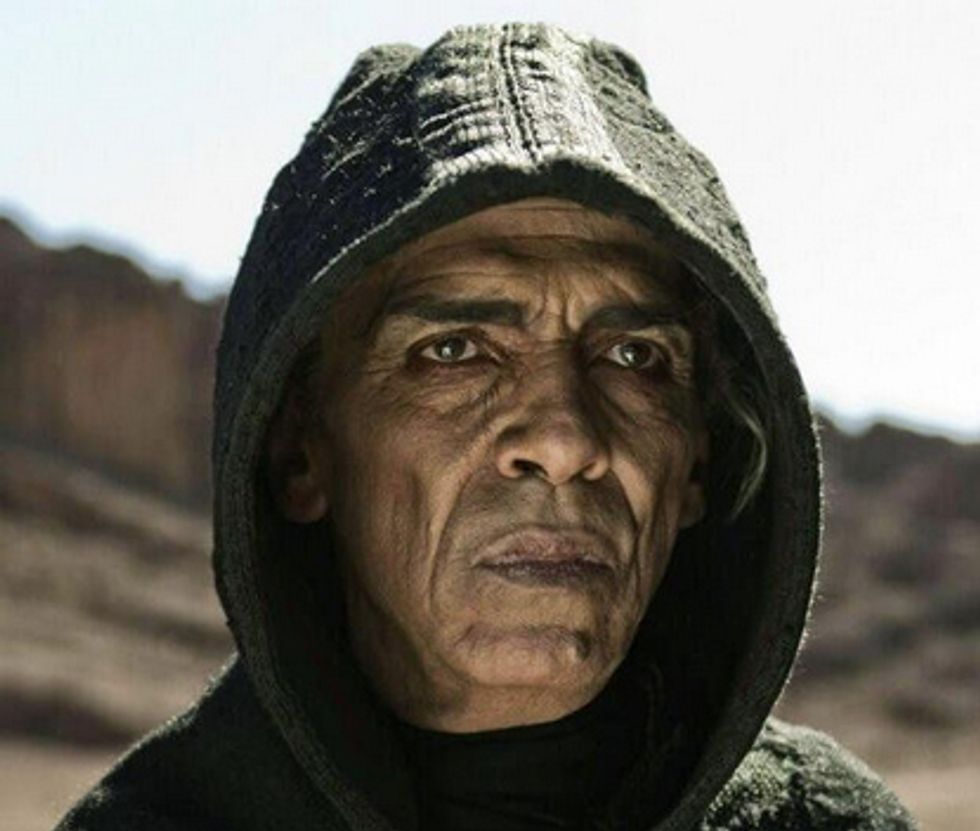 Hey Hitler Channel watchers, did you tune into "The Bible" last night? No? We did not either, because Joel Osteen and Rick Warren and the Assemblies of God and the National Association of Evangelicals are not really our go-to guys on Jesus and stuff. (And also because we didn't know it was on.) (And also also, because on Sunday nights we like to just get high.) (Did we say "Sunday nights"?) Jesus. Jesus was a cool guy! We have a friend in him, and et cetera! Did they even get to Jesus last night? Don't know that either! But according toThe Wik, last night's episode focused on "Zedekiah, Nebuchadnezzar, Daniel, Jews return to Jerusalem." Sounds riveting, dudes! But if we didn't watch it, and you didn't either, why are we talking about this exactly? Well, like it says in the headline: because "The Bible" explains that Barack Obama is actually Beelzebub!

Once, many years ago, we decided getting high and watching Trinity Broadcasting Network would be an excellent use of our evening (and it was probably a better use of our evening than getting high and cutting our own hair, which we are pretty sure we did the next day). And on that very special episode of Jan and Paul Crouch Are In The Mood, a youth group came out to perform an enchanting ditty called "Army of the Lord." They were all in camo, goosestepping around the stage, and it was all very "let's blow up the Oklahoma City Federal Building" and super totally great and not at all terrifying and gross and the worst.

And at the end of the performance, "The Devil," dressed in fetching bat wings, came out on the stage and was cast out by the beefy Head Aryan in Charge. The kid playing the devil was the only black kid in the troupe. We do not think it would have BLOWN OUR MIND any less if we were sober, but who can say?

All of this is to say DON'T BE RIDICULOUS, of course Mark Burnett and Roma Downey aren't trying to say Barack Obama is the Devil, they are just saying all black people are the Devil!