Totally Normal Nebraska Lady Would Like To See ALL GAYS In Court Right Now! 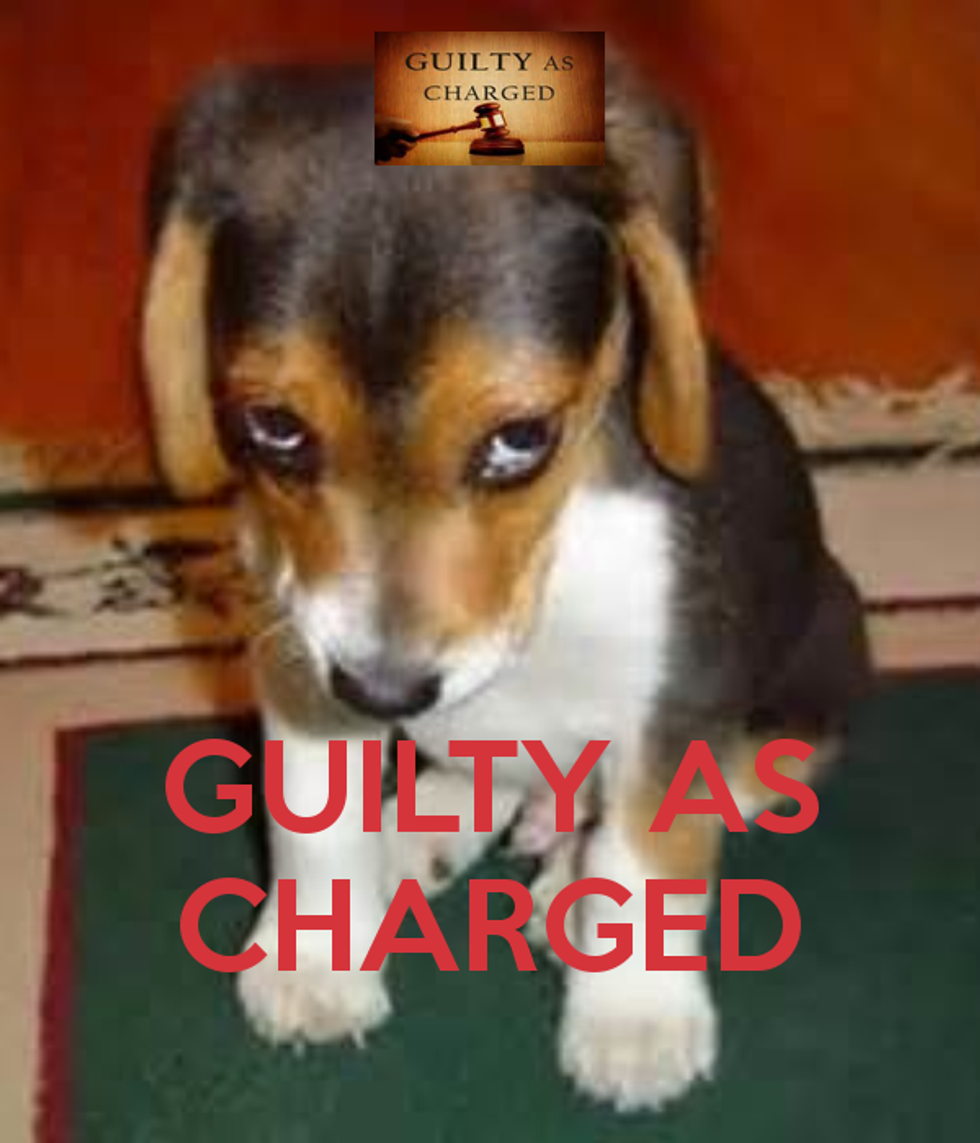 Oh, our litigious society! Here is a lady you will want to get to know very well, named Sylvia Driskell, resident of Auburn, Nebraska, and if you are a gay homosexual, she's gonna need you to appear in court and answer to her charges against you, because she has filed a federal lawsuit against ALL GAYS. She was probably sitting at the dinner table with her family and bitching about all 'dem lezbo-fags for the eleventy-millionth time, when one of her weary family members was like "Well, why doncha make a federal case out of it, SYLVIA?" And she replied, "OKAY I WILL!"

Driskell wrote in a seven-page petition to the court that God has said homosexuality is an abomination. She challenged the court to not call God a liar.

Ooh, those are some fightin' words! Wanna look at her lawsuit? Because Wonkette found it, because Wonkette is good. SPOILER ALERT: It's handwritten! Let's do this:

In this section, we learn that Driskell is representing herself, God, AND Jesus. We would have thought such esteemed deities could have hired better counsel, but God's ways are mysterious, let us not question. We also learn that the defendants are "homosexuals," "their given name homosexuals," and "their, alis gay." We THINK she is saying that "gay" is the homosexuals' alias? In that case, it's like we're spies! We will find out if, according to the court, being homosexual AKA "gay" is a sin. If the court finds that it is not, will Driskell be satisfied? We suspect not.

As to the defendants, you homosexuals always say that God loves you. Driskell would like this court to find out whether or not that is true:

As evidence, she handwrites what are known as the "clobber passages," the six or seven texts in the entire Bible that, when interpreted by incurious bigots, are used to condemn gay people. We don't give two fucks about going into all of that right now, but just know that real experts have gone through those a million times and found the anti-gay wingnuts' case lacking. Here's a good place to start!

Driskell, though, knows what she is up against:

Your honor, I've heard the boasting of the Defendant:  the homosexuals on the World News; from the young, to the old; to the rich an famous, and to the not so rich an famous; How they were tired of hiding in the closet, and how glad they are to be coming out of the closet. [...]

I Sylvia Ann Driskell, contend that homosexuality is a sin, and that they the homosexuals know it is a sin to live a life of homosexuality. Why else would they have been hiding in a closet.

Damn, she's onto us and knows we've just been foolin' with our sinnin' ways! It should go without saying that all the errors in the quotes are hers.

Driskell's other primary source is the "Webster Dictionary," which she most assuredly dusted off the bookshelf, after leaving it there covered in cobwebs for decades but never throwing it out, because she just KNEW one day she'd need it. She was right! Of course, she has just as hard a time interpreting the dictionary as she does the Bible. Driskell writes out the definition of "parent" from the old dictionary, which says "a father or mother," apparently unaware that gay and lesbian parents are fathers and mothers, just like straight parents. Perhaps she thinks there is a special word for a homo parent that would clearly be listed in the dictionary, should such a thing exist.

Driskell riffs a while on the whole parenthood thing, explaining that parents have to teach their kids right from wrong, blah blah blah, and that if kids are raised by "liers, an deceivers, and thieves that it is reasonable to believe that child will grow up to be one of the three." She doesn't mention the defendants (again, ALL GAYS!) here, because we assume that it's to be taken for granted at that this point that, according to her Bible, gays are "liers, an deceivers, and thieves."

Finally, in response to the absurd suggestion that God loves the homosexuals, Driskell goes directly to a biblical passage about God raining down His righteous wrath, because those are the kind of verses that make gay-hating god-botherers all tingly in their nether regions:

For the hard of looking, that verse, Romans 1:18, says (in Driskell's rendering) "For the wrath of God is reveald from heaven against all ungodliness and unrighteousness of men, who hold the truth in unrighteousness."

Driskell closes by saying that "never before has our great nation the United State of America and our great state of Nebraska, been besiege by sin." Which is true. No one ever sinned in America until buttsechs was introduced into the population. But now, she warns, we are going to become like Sodom and Gomorrah, et cetera, if you really want to read the whole screed, DO IT.

We are partially inclined to say, awwww, look at that sweet old lady handwriting, and sort of take pity on her, but since yr Wonkette is a proud, card-carrying member of ALL GAYS, that means this crazy lady just sued us, SO BRING IT.