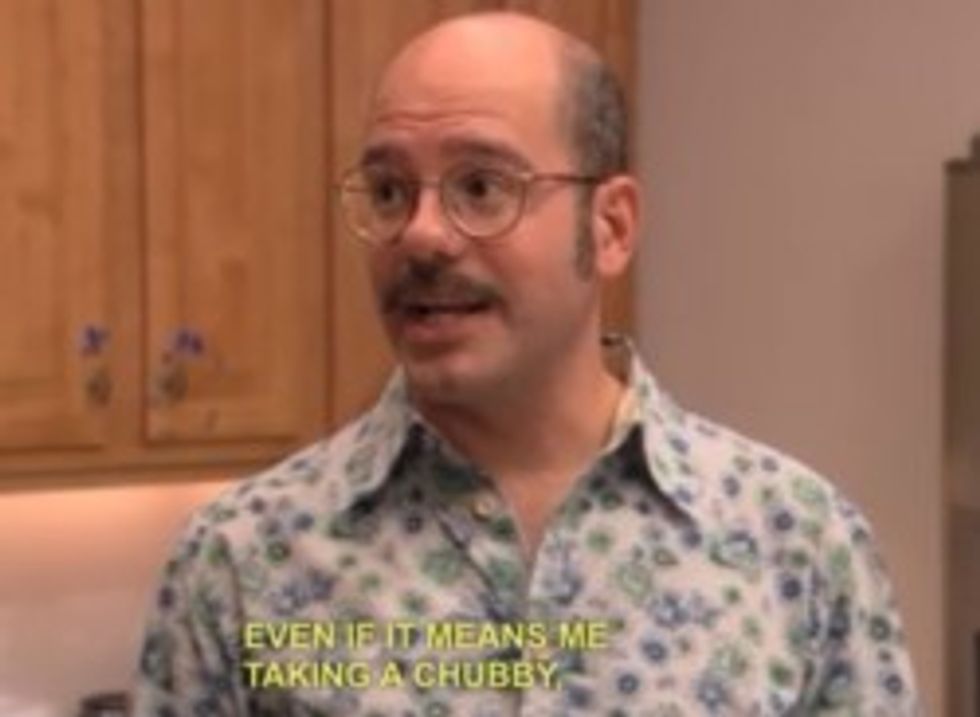 Lispy former Michigan Assistant Attorney General Andrew Shirvell, who is absolutely not gay, will have to pay $4.5 million in damages just because he stalked, harassed, and obsessively chronicled the private life of former University of Michigan student body president Chris Armstrong (Gay-Go Blue!).

Naturally, he plans to appeal the verdict. Shirvell isn’t going to just lie there and take this punishment like some sissy bottom.

"It's absolutely, 100% outrageous," he told the Free Press. "It's way excessive.

The crucifixion is a metaphor Shirvell goes back to quite a bit. How Jesus was beaten and abused, his taut body stripped naked and left hanging on the cross…

You’d think the authorities would give Shirvell a medal for bravely protecting naïve and smooth undergrads from Armstrong’s insidious recruiting techniques, but no.

Instead, the Godless secular government says Shirvell has to pay several million dollars for “harassing” Armstrong. Why doesn’t anyone understand that Shirvell is the real victim? Chris Armstrong’s very existence is harassing poor Andrew Shirvell!

How is a nice Christian boy, alone in his bed, supposed to sleep when he knows somewhere in the world Chris Armstrong might be nakedly grinding his body against another man? It’s enough to make Andrew Shirvell so furious that he feels like he could just explode. [Detroit Free Press]