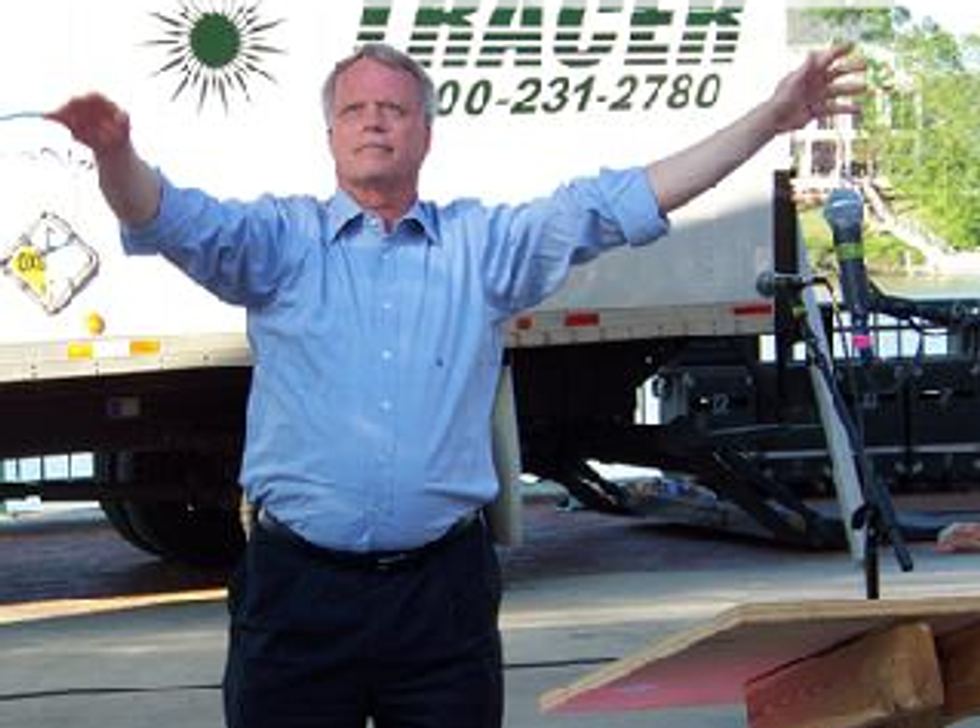 Republican Congressman Paul Broun of Georgia held a town hall meeting on Tuesday. Generally these days when a member of Congress meets with her constituents, she is shot in the head, but because President Obama made America more civil, the crowd simply asked,"Who's going to shoot Obama?" Assassinating the president is a hilarious non-sequitur, so the crowd laughed. Broun, you will remember, was the guy who refused to attend the State of the Union this year and instead sat in his office and tweeted about how socialist Obama is, so he unfortunately missed the part of the speech when Obama revealed who's going to murder him, and Broun was unable to pass this information along to his constituent. Broun didn't condemn the question, of course. He simply agreed that people hate the president.

The thing is, I know there’s a lot of frustration with this president. We’re going to have an election next year. Hopefully, we’ll elect somebody that’s going to be a conservative, limited-government president that will take a smaller, who will sign a bill to repeal and replace Obamacare.

Hey, no fair! Why wasn't Broun willing to name names? Probably because he doesn't want his people to strike first. This is the guy who called the Civil War the "Great War of Yankee Aggression" on the floor of the House. So as soon as the Yankees start aggressing, he'll get somebody to shoot the president, okay? [Athens Banner-Herald]