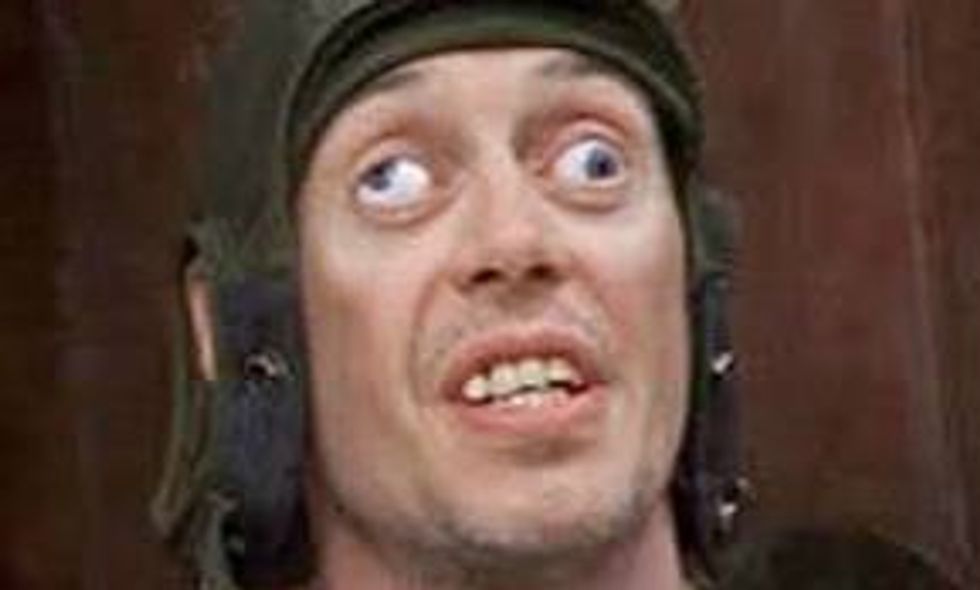 Sorry for the slow posting, dudes, we have spent hours and hours trying to figure out this doozy of a piece from Townhall "finance" columnist John Ransom, and we think we may have gotten it? No, we have not. Maybe you can? Let's try together! Here is how it begins:

Mmmm, you can almost taste the healing going on around the world. As the oceans begin to recede, and Pharaoh’s army gets swallowed by the Red Sea, we should pause to thank the man who gave us this moment. That was some good healing you gave us, Mr. Post-Racial president. I remember when you first started advocating the Afghan “surge” strategy.

So it is about Afghanistan? Sort of, because staff Sgt. Robert Bales went all My Lai over there, so that is probably the president's fault! But that is not why John Ransom wants an apology.

Then there was the Qaeda dude who killed the Jewish children in Toulouse, and that is Obama's fault too -- "That’s 12 more cases of Sudden Obama Healing Syndrome," John Ransom writes. But that is not why John Ransom wants an apology.

But perhaps the biggest healing is the healing that has been going on at home in the US where the strategy from Democrats includes a class warfare surge and a race warfare surge that is contributing considerably to the outbreak of Sudden Obama Healing Syndrome. And it's also obscuring Obama's horrid track record on: 1) the economy; 2) energy; 3) anything that doesn't involve vacations. I can almost feel an Obama seven-day, six-night vacation coming on.

I don’t know the ins and outs of the Trayvon Martin case, and nor do you.

So John Ransom would like an apology because Obama's vacations led to Trayvon Martin's death? Probably! Let us let John Ransom explain:

Drill, baby, drill. It’s all the more amazing because this week the Chicago Sun Times revealed that a nephew of former Obama chief of staff Bill Daley, Richard Vanecko, may have confessed to killing someone eight years ago, in a case “where irregularities in the investigation, including false official reports and a case file that went missing” may have contributed letting a Daley of Chicago get away with murder.

And you know what? The kid that allegedly got killed by Vanecko? His name was David Koschman and he looks a lot like my son.

Was he in fact John Ransom's son? No, but he was white, and he was killed by a punch thrown in a bar fight by Bill Daley's nephew, and Obama knows Bill Daley, who appears to be white as well. WHERE IS JOHN RANSOM'S APOLOGY FOR THIS WHITE-ON-WHITE VIOLENCE, NOOOBAMA?

Then there is something about the New Black Panther Party, because of course there is, and then some other brain vomit, and then this perfect, inarguable conclusion:

I guess with all this healing going on, no one wants to talk about jobs anymore.

Man, if only Obama would take a break from being responsible for all the world's murders, maybe they would let him be responsible for the global depression! That sounds like a good trade. STOP MURDERING EVERYONE, NOBAMA. Impeach. [Townhall]