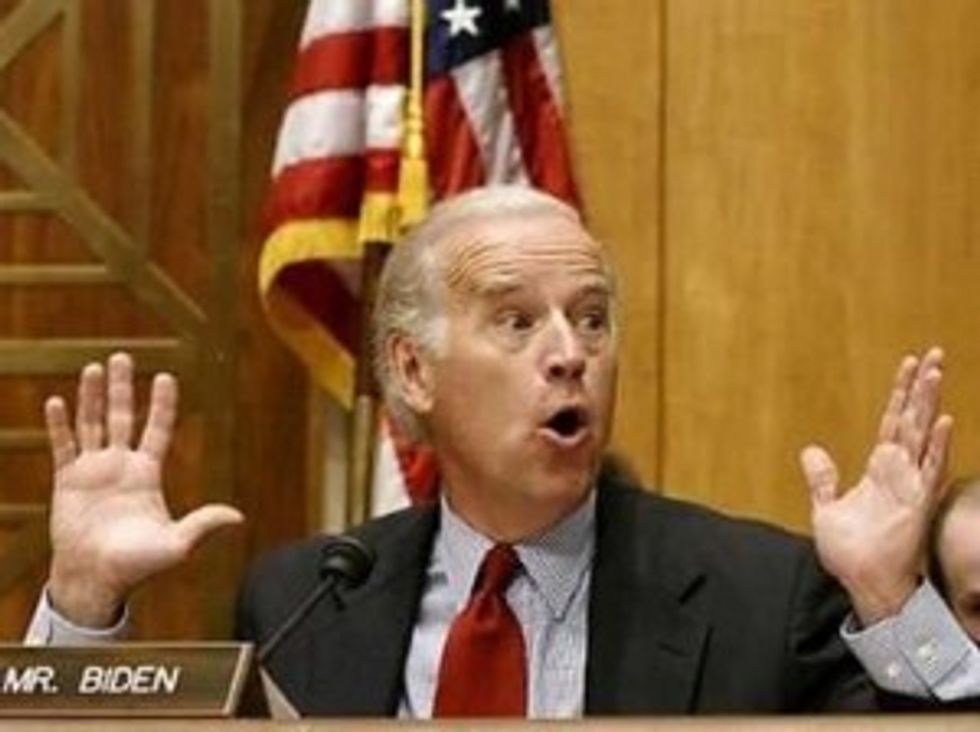 Famous talky-mouth Joe Biden is always plotting against us, except for part of this week when he was a Hero for talking so much to Arlen Specter that Specter had enough and said, "Okay, Jesus fucking Christ, Joe, whatever, I'll be a Democrat. I'll be a fucking Scientologist Mel-Gibson Catholic Turkish Imam if that's what it takes for you to shut up." And then we, as a nation, said, "Well Biden is good for something after all." But then he spoke today, about something else -- PIG DEATH FLU PANDEMICS -- and now the travel industry wants him to apologize and then die.

The trouble usually comes when Biden says something that might be true and not really controversial, except it's something presidents and vice-presidents are not supposed to say. Today, Biden said he wouldn't let his family get on an airplane right now, because he doesn't want them to catch this terrible disease which is transmitted very easily within the confined space and stale, virus-laden oxygen of an airplane cabin.

Airlines simply do not care for this kind of talk from Biden.

"To suggest that people not fly at this stage of things is a broad-brush stroke bordering on fear-mongering," American Airlines spokesman Tim Smith told The Associated Press. "The facts of the situation, at this stage anyway, certainly don't support that."

And the U.S. Travel Association put out a statement basically saying Biden should shut up.

Asked about Biden's scary performance on the Today show, Robert Gibbs just laughed and made up something and then everybody laughed because, that Joe Biden!