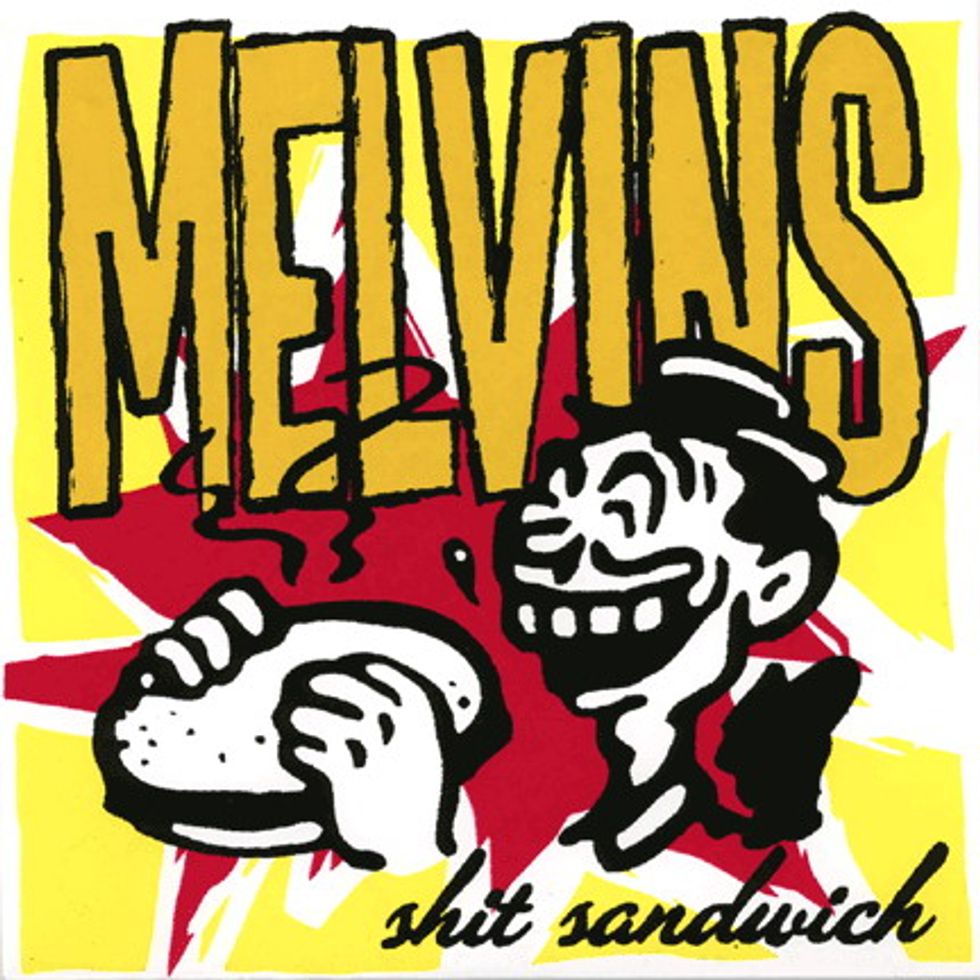 To be fair, Trump prefers the Lawrence Welk cover.

Donald Trump is inviting all 52 Republicans in the Senate to have lunch with him Wednesday so they can have a little chat about healthcare and how to pass a repeal of the Affordable Care Act, even though there aren't enough Republican votes to pass either the Senate's terrible bill or Mitch McConnell's new preferred option, repealing the ACA with a two-year delay to allow time for R's to come up with a new plan. Or maybe Trump just wants to yell at them about letting Obamacare fail, which seems to be what he wanted yesterday. Who knows? Yesterday was a long time ago.

You certainly don't get a very clear sense of the agenda from Trump's morning tweet on the meeting:

Which promise was that, exactly? The promise to repeal every single word of Obamacare, the promise to keep the parts that people like, or the promise to pass the misbegotten mangy horror that was the "Better Care Reconciliation Act"? And what about Donald Trump's multiple promises that any ACA replacement would be better, less expensive, and would cover more people than Obamacare? Or at the very least, that he wouldn't cut Medicaid? Don't mind us, we're only pretending that anyone took Trump's promises seriously when he made them. Only a real rube would believe that.

Trump wasn't quite finished tweeting about healthcare and what needs to maybe be done, however. An hour later, he had more thoughts:

Wow. That doesn't even make a good haiku:

The Republicans never discuss how good their healthcare bill is

& it will get even better at lunchtime

Also, now it sounds like he's back to loving the BCRA shit sandwich, which the Republicans (he does not seem to include himself) did a really bad job of selling to the American People. We're definitely looking forward to hearing what a great plan it was, with its elimination of protections for preexisting conditions, its enormous Medicaid cuts, and its promise of much higher premiums and deductibles for anyone who needs healthcare, ever. As for that last line, we think he may have copied it from a deleted Wonkette comment. "The Dems scream death as OCare dies!" Death! Death! Why are the Dems screaming death? Maybe because ACA repeal would kill people? Maybe it's all the screaming that would kill people, did you ever think of that?

While a "senior White House official" assured ABC News Trump "wants one last shot" at convincing the senators to repeal the ACA, we haven't gotten any details on what Trump intends to suggest. It looks like he'll beg the handful of senators who came out against Trumpcare to reconsider their commitments, as if the force of Trump's personal charm could get them to vote for either the BCRA or repeal-and-do-nothing. It ought to be a hell of a rant, though, and we can hardly wait for the inevitable insider accounts to come out, since the Trump administration leaks like a clumsily installed stent from Crazy Eddie's Discount House of Surgery.

Donald Trump was completely surprised the Senate's ACA repeal collapsed. Then again, he's surprised when he gets an extra scoop of ice cream.

At the very least, Trump will have to do a much better sales job than he did Monday evening, when he talked to a group of Senate Rs who were already with him on ACA repeal -- but didn't invite anyone who was on the fence. The Washington Post reports that at Monday's motivational meeting, Trump had trouble staying on the topic of healthcare, because he wanted to talk about how much everyone loved him when he went to the G-20 last week:

“The president talked about France and Bastille Day,” Sen. Steve Daines (R-Mont.) said in an interview Tuesday, recalling the president’s tales during dinner of parades and pomp from his recent trip to Paris.

Daines described the group’s conversation, which also touched on issues ranging from health care to the debt limit, as loose — as if Trump “sat down and went out to dinner with friends, acquaintances, people you work with. It was just dinner to talk about what’s going on.”

Daines also said that prior to the meeting, "None of us knew what the meeting was about last night. We just were invited to the White House [...] There was no topic given to us.” So today's lunch should be completely different: The Republican senators already know it's supposed to be about healthcare, and keeping their promises to America, which of course will translate into their promise to Win One For The PussGrabber, regardless of what's actually in the bill.

We'll be sure to give you a rundown on what comes out from today's exciting lunch meeting, especially if the president tells the assembled senators about what a huge victory he won on election night, when no one thought he'd win. Including most Republicans in Congress, which is why they all seem so confused about what the hell to do now that they actually have a majority and could pass something, if only those Democrats wouldn't keep preventing the Republicans from ever agreeing with each other.