Trump Called Heather Heyer's Mother During Her Funeral. Did He Think She'd Put Him On Speaker? 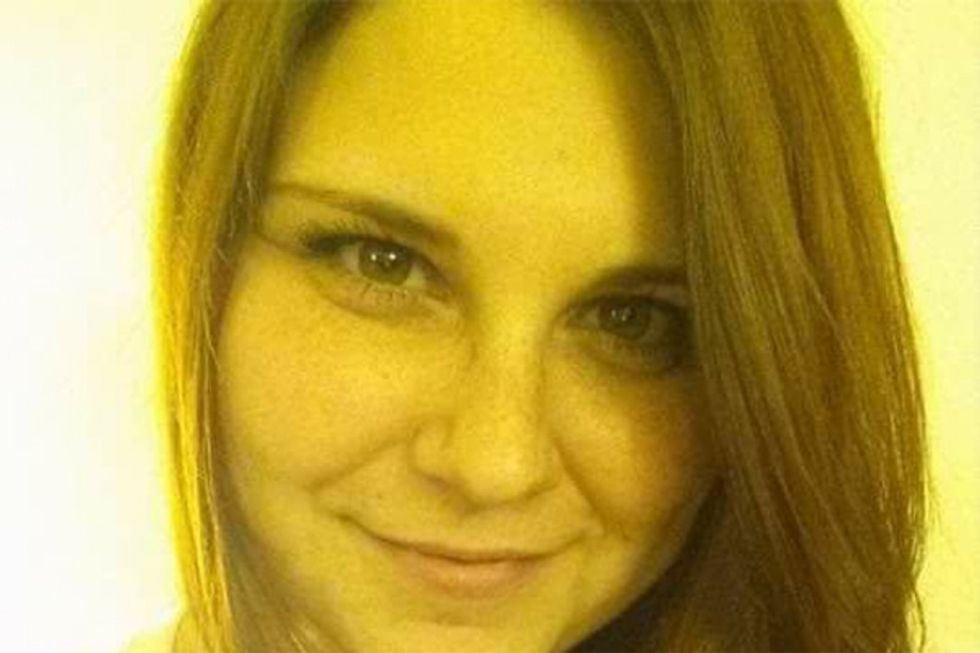 Isn't it funny how you keep thinking "can't shock me now!" and then like five minutes later you are collecting your eyeballs from under the fridge, because they fell out of your face and rolled down there and now are covered in dog hair and maybe the tiny poop of a mouse?

[wonkbar]<a href="http://www.wonkette.com/621756/sit-down-shut-up-and-listen-to-heather-heyers-mama-right-now"></a>[/wonkbar]No? Then let us help you with that. Here is a video of Heather Heyer's mother, Susan Bro, explaining on today's "Good Morning America" that the President of the United States, Donald Trump, decided to finally call her on Wednesday, four days after her daughter's death by Nazi in Charlottesville, Virginia -- and he called her during her daughter's funeral. Did he ... did he think she was going to put him on speakerphone to brag about his economy, or his historic electoral college win? DID HE THINK HE WAS CALLING IN TO "MORNING JOE"?

Robin Roberts, Good Morning America: President Trump has reached out. Have you talked to him directly yet?

Susan Bro: I have not, and now I will not. At first I just missed his calls. The first call, it looked like, actually came during the funeral. I didn't even see that message, there were three more frantic messages from press secretaries throughout the day, and I didn't know why. That would have been on Wednesday, and I was home recovering from the exhaustion of the funeral. And so I thought, well I'll get to him later. And then I had more meetings to establish her foundation. So I hadn't really watched the news until last night, aaaand .... I'm not talking to the president now. I'm sorry. After what he said about my child. And, it's not that I saw somebody else's tweets about him, I saw an actual clip of him at a press conference equating the protesters, like Ms. Heyer, with the KKK and the white supremacists.

She no longer wants to hear from him, thank you. Does she have some thoughts for him? [Glare of righteous destruction, pause:] "Think before you speak."

[wonkbar]<a href="http://www.wonkette.com/621715/donald-trump-literally-just-defended-charlottesville-nazis-because-fuck-it-were-done-here"></a>[/wonkbar]Three frantic calls from press secretaries on Wednesday? We are sure that has nothing to do with a cleanup in Aisle Seven after Donald Trump lost his goddamn mind Tuesday afternoon, yelling at reporters about how "both sides" did Charlottesville -- the KKK who took her baby away, and, you know HER BABY, who allowed herself to get murdered by a white power lunatic.

You will be completely unsurprised, because you have no eyeballs again to read the rest of this post, to learn that it's just as you suspected: Republicans are standing by the president and agree that "both sides" did Charlottesville, making it almost an even ideological split.

Do you know why that is? Because Republicans are bad people who lie a lot. Let us demonstrate with our formerly favorite illustration of this, since "dudes fighting Nazis are just as bad as Nazis" probably will take its place as our new "favorite" illustration of this: When Donald Trump bombed Syria, 86 percent of Republicans and 37 percent of Democrats approved. When Barack Obama bombed Syria, 22 percent of Republicans and 38 percent of Democrats approved. Do you see the connection there? Do you see Democrats being intellectually and morally consistent, holding the same principles regardless of whose side was acting? And Republicans being giant piles of disingenuous shit who can see the same action and wildly approve of it if it's on "their" side and wildly poo on it if it's the other, evil Communist Kenyan tyrant side? Okay, good. Just making sure your brain was working, which it obviously is, because you read Wonkette.

Anyway, thought you'd want to know that Republicans are all in on "violent leftists" now, as if you didn't see that coming, and that Heather Heyer's mama is DONE with their SHIT.

Wonkette is ad-free, which means all our moneys come from YOU! If you love us, click below to fund us!