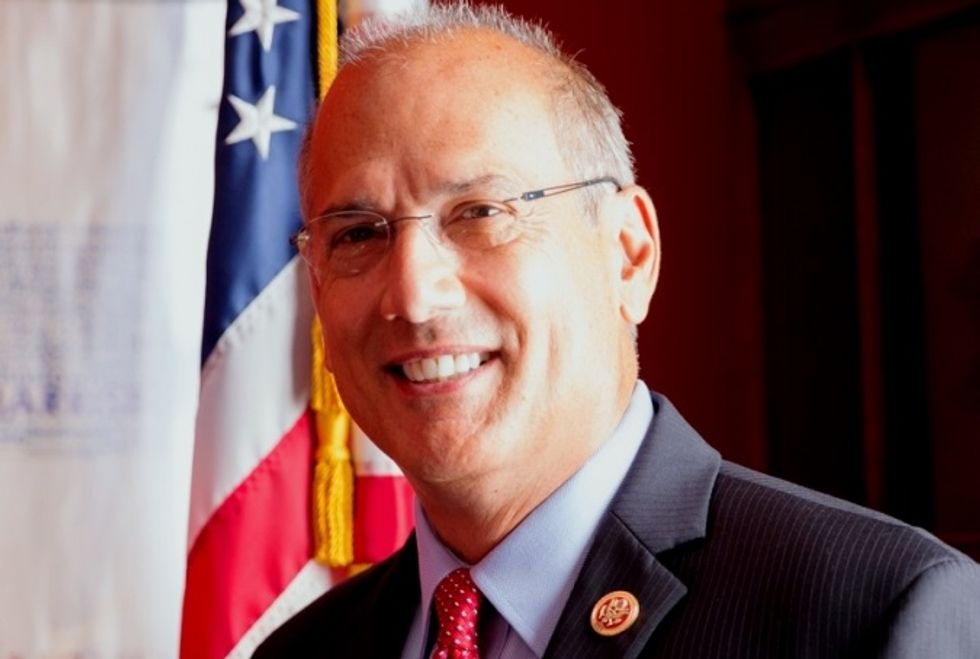 Pennsylvania Republican congressman Tom Marino has decided he'd rather not be the nation's drug czar if people are going to be having hissy fits over the sweetheart deal he pushed through Congress on behalf of opioid manufacturers and wholesalers. Marino withdrew his name from consideration as head of the Office of National Drug Control Policy -- which is not nearly as sexy a title as "drug czar" -- following a great big investigative piece by the Washington Post and "60 Minutes" on how legislation introduced by Marino blocked the Drug Enforcement Agency from stopping large shipments of opioids that could be headed for illegal use.

The law Marino pushed, the "Ensuring Patient Access and Effective Drug Enforcement Act," was a brilliantly stealthy bill that makes it harder for the DEA to do its job, as NPR explainers:

[among] other things, the bill changed the standard for identifying dangers to local communities, from "imminent" threats to "immediate" threats. That change cramped the DEA's authority to go after drug companies that didn't report suspicious -- and often very large -- orders for narcotics.

If you haven't already read the WaPo/60 Minutes investigative piece, consider it on your Mandatory Reading list for this week. It traces how the drug industry -- both manufacturers and wholesalers -- managed to overcome years of opposition from the DEA to win support for Marino's bill, as a huge part of the industry's strategy has been hiring former DEA and Justice Department officials as lobbyists. In fact, the guy credited with drafting Marino's bill, D. Linden Barber, had been a top DEA lawyer who prosecuted cases against drug companies, at least until he retired and started working for them. That standard of whether a threat of illegal distribution was "imminent" or "immediate" was one of Barber's pet priorities when he was still at DEA, and the story details his worries that cases might fall apart if the agency's investigators didn't meet high standards of evidence. His heart might have been in the right place, even, but once he was ensconced in the industry, he got a nice paycheck to help  craft legislation that would require the DEA to meet an almost impossible enforcement standard and that would keep The Man off the industry's back. (You can also watch the 60 Minutes teevee report here.)

The industry also lucked out thanks to persistence and personnel changes. Marino had introduced two previous versions of the bill, but the DEA and Justice Department fought them. The second try passed the House, but Attorney General Eric Holder made a priority of fighting it in the Senate, where it died. But by the third attempt, in 2015-2016, some of the bill's biggest opponents at DEA and Justice were gone! When it got to the Senate, the agencies were in more of a mood to be cooperative with the industry, so the bill made it through the pro-free-enterprise House, passed the Senate by unanimous consent, and went to Barack Obama without objection from DEA or DOJ, so Obama signed the thing. An unnamed "senior DEA official" told the Post that after resisting years of pressure from top members of Congress and their lobbyist pals, DEA ended up accepting a rules change its opioid enforcement people didn't especially want:

“They would have passed this with us or without us,” said the official, who spoke on the condition of anonymity. “Our point was that this law was completely unnecessary.”

Again, read the whole thing because it's one of those jaw-dropping stories of how the sausages get made and you will definitely GRRR. Outside of the industry-friendly sponsors of the bill, and some politically-weakened opponents of the thing at DEA and Justice, the bill was stealthy enough to get passed under its cover as a minor administrative change that simply "clarified" how existing drug enforcement law should be enforced.

The WaPo/60 Minutes story also made many in Congress GRRR -- from both parties, because nobody wants to be seen as having been snookered into voting for a bill that enables Big Pharma to fuel the opioid epidemic. There's an increasing buzz -- from both parties -- about modifying or outright repealing the law, and sorta-Democratic West Virginia Senator Joe Manchin is especially angry about the whole thing, and has said most people who voted for passage had no idea of its actual effect. He told NPR he was "horrified" by the investigation, and wrote a letter to Donald Trump saying the DEA needs to be able to take action against pharma wholesalers who are flooding his state with pills:

"As the report notes, one such company shipped 20 million doses of oxycodone and hydrocodone to pharmacies in West Virginia between 2007 and 2012. This included 11 million doses in one small county with only 25,000 people in the southern part of the state: Mingo County. As the number of pills in my state increased, so did the death toll in our communities, including Mingo County."

11 million doses is rather a lot for a county that size, just maybe.

Utah Republican Orrin Hatch, who sponsored the bill in the Senate, says the WaPo/60 minutes story is "flawed" and "one-sided," and besides, patient groups really wanted the bill to ensure their meds wouldn't be held up by Government Overreach, which is code for wholesalers were worried about having to pay fines.

Others were a bit more cynical, like New York Democratic Senator Kirsten Gillibrand, who sees a bit of a trend here, and suggests maybe folks might want to raise a ruckus about another upcoming nomination:

And Tom Marino? Now that he's out of a sweet Drug Czar job, he's still got his House gig to fall back on. WaPo notes that Marino "hadn't been making plans for re-election and it wasn't clear Tuesday whether he would seek a fifth term next year."

If Marino does decide to run, he'll have a huge "Hoor For Big Pharma" sign around his neck, so it's entirely possible he'll leave Congress to serve America in another capacity, possibly with the pharmaceuticals industry. He seems to know the territory pretty well.

Yr Wonkette is supported by reader donations. Click here to give us money! And if you're in or near Boise, come join us at Quinn's Restaurant and Lounge, 1005 S Vista Ave in Boise, from 6 to 9 TONITE!