Trump Gives Puerto Rico What It Needs, And It Is This Golf Trophy! (No Joke, Except Donald Trump!) 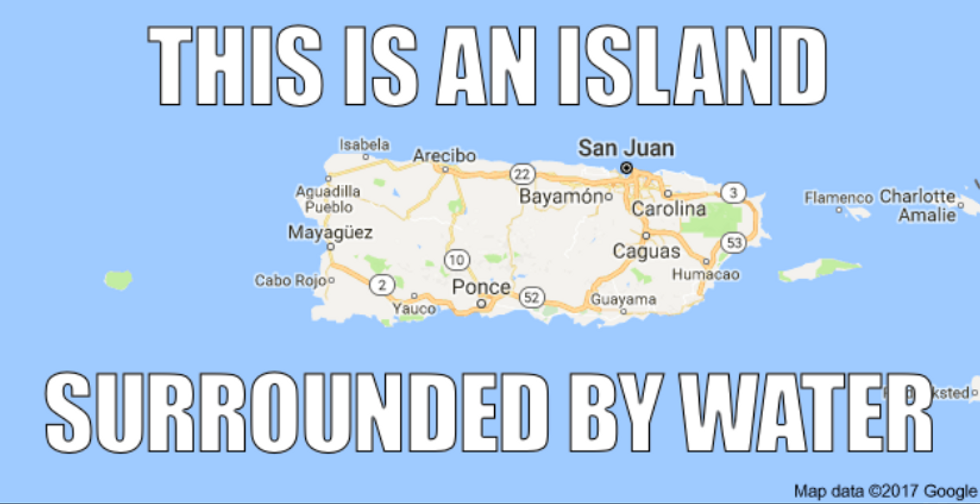 Puerto Rico is slowly digging out from the devastation of Hurricane Maria. As of this writing, 66% of gas stations had re-opened, 14% of cell towers were back online, and 65% of supermarkets were open for business, according to the Puerto Rican government. Restoration of water service by the Autoridad de Acueductos y Alcantarillados (AAA) varies widely based on area.

There are some really lovely stories, such as the famous chef José Andrés, who has been preparing thousands of meals every day in Puerto Rico.

Four paellas firing today at once! Will feed 6,000 people from the paella alone! And it’s delicious!! ? #ChefsForPuertoRico@paellasyalgomaspic.twitter.com/2gZ3MRxg0E