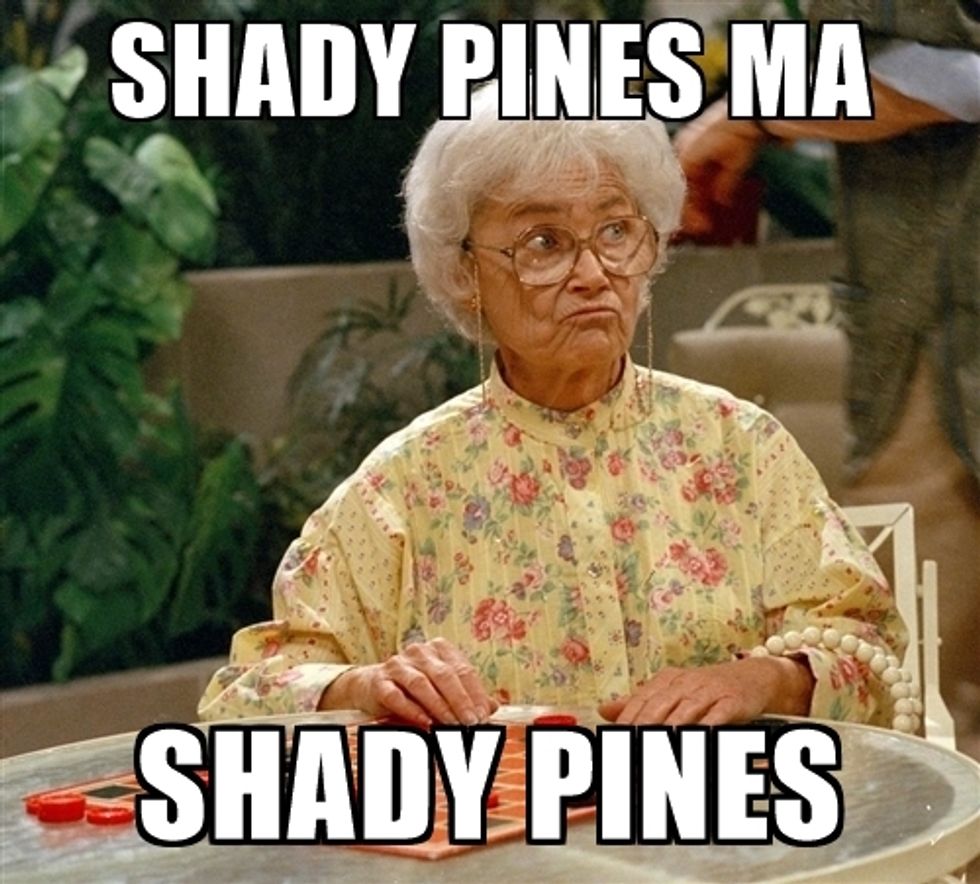 Do you really hate your parents, grandparents, or all old people in general, for some reason? Do you feel like today's nursing homes are just too cushy for your liking? Well then, you will really, really love the way the Trump administration is making nursing homes great again.

Back in August, Trump decided to ditch an Obama-era rule and make it legal, once again, for nursing homes to require patients to sign away their right to sue them in a court of law, and bind them to arbitration should something terrible happen to them during their stay. But nursing homes and elder abuse enthusiasts just did not feel that was quite enough.

After much lobbying, they got their wish. The Trump Administration is now easing fines on nursing homes found to be mistreating residents.

The Trump administration is scaling back the use of fines against nursing homes that harm residents or place them in grave risk of injury, part of a broader relaxation of regulations under the president.

The shift in the Medicare program’s penalty protocols was requested by the nursing home industry. The American Health Care Association, the industry’s main trade group, has complained that under President Barack Obama, federal inspectors focused excessively on catching wrongdoing rather than helping nursing homes improve.

“It is critical that we have relief,” Mark Parkinson, the group’s president, wrote in a letter to Mr. Trump in December 2016.

Since 2013, nearly 6,500 nursing homes — four of every 10 — have been cited at least once for a serious violation, federal records show. Medicare has fined two-thirds of those homes. Common citations include failing to protect residents from avoidable accidents, neglect, mistreatment and bedsores.

The purpose of these fines, of course, is not to rain on anyone's parade, or drain these nursing homes of money they don't have. It is to put the kibosh on a serious problem and make these homes work hard to take it seriously.

With the new regulations, even if your neglect literally kills someone, you will not get fined more than $21,000. Like in this instance:

In September 2016, for instance, health inspectors faulted Lincoln Manor, a nursing home in Decatur, Ill., for failing to monitor and treat the wound of a patient whose implanted pain-medication pump gradually slipped over eight days through a ruptured suture and protruded from her abdomen. The patient died.

The Centers for Medicare and Medicaid Services fined Lincoln Manor $282,954, including $10,091 a day for 28 days, from the time the nursing home noticed the problem with the wound until supervisors had retrained nurses to avoid similar errors. An administrative law judge called the penalties “quite modest” given the “appalling” care.

Janine Finck-Boyle, director of health regulations and policy at LeadingAge, a group of nonprofit nursing homes and other entities that care for older people, said the group’s members had been struggling to cope with regulations.

“If you’re a 50-bed rural facility out West or in the Dakotas,” she said, “you don’t have the resources to get everything done from A to Z.”

That, too, is understandable. But you know what might be better than simply getting rid of these regulations and fines? Using the fines to help nursing homes get those resources. Socializing elder care to a higher degree. The average certified nursing assistant in an elder care facility only makes $24,000-27,000 a year, which is why it's a profession not a whole lot of people are interested in going into. It's hard work for not a lot of money. Perhaps if these homes could get more government funding, they'd be able to attract more qualified workers and thus cut down on the neglect problem. This, in turn, would likely result in fewer fines.

Or, you know, we could just decide to not give a fuck and let the nursing homes do whatever with our aging populace. That seems to be the direction Trump is going in.

Wonkette is fully funded by donations from readers like you! Click here to leave us a tip!