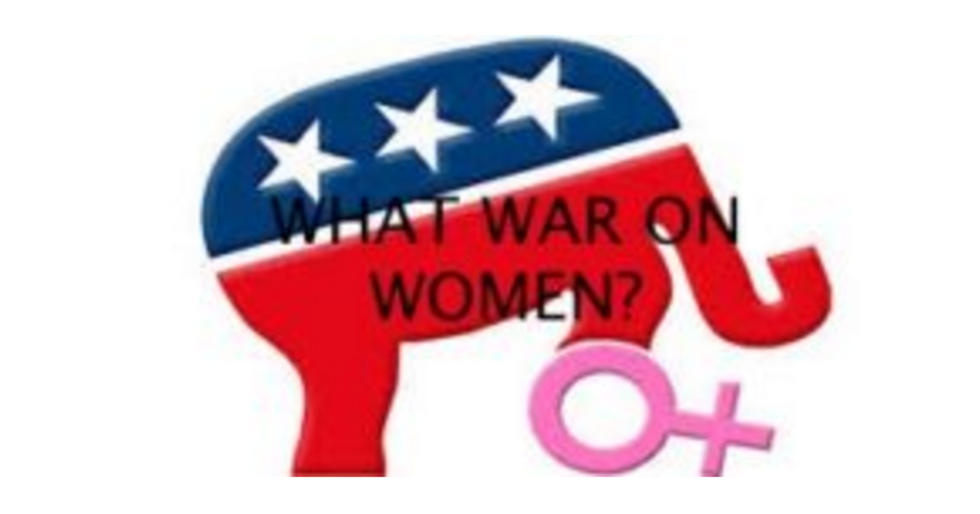 On December 14, 2016, the Obama Department of Health and Human Services enacted a rule barring states from withholding federal Title X family planning funds from any provider “for reasons other than its ability to provide Title X services.” Effective January 18, 2017, the rule prevented states from refusing to reimburse Planned Parenthood for healthcare provided at their centers. No Title X funds are used for abortion, but anti-choice loons will happily take healthcare away from hundreds of thousands of women if they can close a few Planned Parenthood Clinics. Because all life is sacred!

Under the Congressional Review Act, simple majorities in the House and Senate can repeal rules enacted within the past sixty days. Had President Obama acted earlier, the rule would have been more difficult to undo. But on March 30, Vice President Pence broke the tie in the Senate repealing the DHHS rule on a simple majority, and yesterday Trump signed the bill.

Wait A Minute, Wasn't There Some Other Law? I Feel Like We Read 50 Stories About Judges Saying NOPE

That was about pulling Medicaid funding from Planned Parenthood. Totally different and yet sort of the same, and we will get to that later!

Why You Mad, Girl?

Knowing that this bill is wildly unpopular, Republicans largely responded by saying, "We love mothers! And have you seen that Mother of All Bombs in Afghanistan? Ain't she purtee?"

This resolution that he signed today overturns a regulation that was put in place by the previous administration on their way out the door that would have taken away the right of states to set their own policies and priorities for Title X family planning programs. Our federal system was set up to allow states to address the unique needs of their own populations when possible especially when it comes to programs as important and sensitive as family planning. With the bill signing, the president has restored respect to states' rights on this particular issue.

Ummm, okay. In the fantasy world where women will still get the exact same care somewhere else, states are supposed to be able to use federal health care funds as a weapon against healthcare providers?

Paul Ryan is a better liar. (Sorry, Spicey. If your friends won't tell you...)

This is a major pro-life victory. Today, another Congressional Review Act bill undoing harmful Obama regulations becomes law. H.J. Res 43 voids a regulation that forces states to use Title X money to fund Planned Parenthood. Taxpayers should not be forced to fund abortion, plain and simple. We remain united and steadfast in our commitment to life and religious liberty.

Taxpayer money DOES NOT fund abortion, and has not since the Hyde Amendment was passed in 1976. Which these assholes know perfectly well.

But that horrible woman from Susan B. Anthony List really does win the day for vicious bullshit.

"The resolution signed today simply ensures that states are not forced to fund an abortion business with Title X taxpayer dollars," said Marjorie Dannenfelser, president of SBA List. "Rather, states have the option to spend money on comprehensive healthcare clinics that better serve women and girls."

This lady has got some balls to say that this bill frees up abortion funding so now we can really fund women's health.

Let's just pretend that the Republicans' goal here is to prevent abortions, rather than just generally to kick women in the crotch. (It's a stretch, but play along.) When Texas cut family planning funds across the board in 2011, they did succeed in closing 53 Planned Parenthood Offices. But since abortion care is largely paid for in cash, offices that perform abortions were unaffected by Texas's cuts.

None of the Planned Parenthood clinics formerly involved with the Women's Health Program provided abortions, either—Texas has never allowed abortion clinics to participate in WHP. And under the Hyde Amendment, public health providers can't use federal funding to administer abortions, anyway. "Ironically, this whole conversation is about abortion services, and yet clinics providing abortions in this state were untouched by these cuts," says [Planned Parenthood of Greater Texas VP of community affairs Sarah] Wheat.

In reality, there are no alternative providers to pick up the slack if Republicans succeed in shutting down Planned Parenthood. According to the Guttmacher Institute

That Dannenfelser Woman would have you believe that this will increase women's access to healthcare, when nothing could be farther from the case. Every year, Planned Parenthood takes care of 38% of patients receiving Title X funding. How many stories of women being referred to dentists, nursing homes, and school nurses do we need before we stop pretending there are tons of providers who can pick up the slack without PP? I read online that the Tooth Fairy has a side hustle providing pap smears!

But Title X is just the warm-up act for the big show, which is Congressional Republicans' wet dream of withholding Medicaid funding from Planned Parenthood. In 2015, House Majority Leader Kevin McCarthy asked the CBO to calculate how much the gubmint would save if they actually pulled out of PP like they promised. Spoiler alert: It will cost millions.

Because the costs of about 45 percent of all births are paid for by the Medicaid program, CBO estimates that additional births that would result from enacting such a bill would add to federal spending for Medicaid. In addition, some of those children would themselves qualify for Medicaid and possibly for other federal programs. In the first few years in which federal funds for Planned Parenthood would be prohibited under the bill, CBO estimates the number of births in the Medicaid program would increase by several thousand per year. CBO expects that the number of additional births would decline over time as beneficiaries found other health care providers from which to receive family planning services. Nevertheless, the bill would increase the number of births in each year over the 2016-2025 period. CBO estimates, in total, the bill would increase direct spending for Medicaid by $20 million in 2016, by $130 million in 2017, and by $650 million over the 2016-2025 period.