Trump Only Obstructed Justice In Russia Probe A Bunch Of Other Times, Allegedly 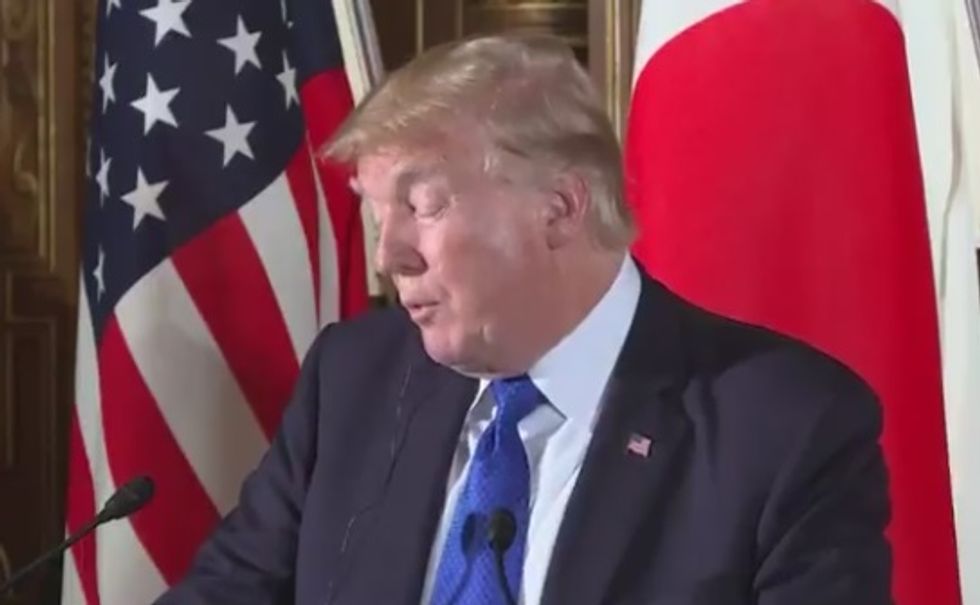 Golly gee, this news from Thursday night almost got lost! We hope you weren't under the impression that Donald Trump only allegedly tried to obstruct justice with James Comey and all the other intelligence chiefs. That would be a silly thing to think! The Flynn guilty plea, and the news that he's actively flipped on Trump, is very bad for the White House. We don't know all the dirty dirt he knows, but Trump and his inner circle sure do. That must be why Trump has also tried to interfere with the Congressional Russia investigations, because it would be bad if they found out stuff too, right?

President Trump over the summer repeatedly urged senior Senate Republicans, including the chairman of the Senate Intelligence Committee, to end the panel’s investigation into Russia’s interference in the 2016 election, according to a half dozen lawmakers and aides. Mr. Trump’s requests were a highly unusual intervention from a president into a legislative inquiry involving his family and close aides.

Senator Richard Burr of North Carolina, the intelligence committee chairman, said in an interview this week that Mr. Trump told him that he was eager to see an investigation that has overshadowed much of the first year of his presidency come to an end.

“It was something along the lines of, ‘I hope you can conclude this as quickly as

possible,’” Mr. Burr said. He said he replied to Mr. Trump that “when we have

exhausted everybody we need to talk to, we will finish.

Haberman reports that Trump also did this to senators Mitch McConnell and Roy Blunt, back in the summer. He "complained" to McConnell that McConnell was failing to shut down the investigation, and apparently he whined to Blunt on Air Force One.

But the stuff he said to Burr, oh boy:

The earlier call with Mr. Burr, however, was perhaps the most invasive, given Mr. Burr’s role directly supervising the Senate’s investigation of Mr. Trump. Mr. Burr told other senators that Mr. Trump had stressed that it was time to “move on” from the Russia issue, using that language repeatedly, according to people who spoke with Mr. Burr over the summer. One Republican close to Mr. Burr, who spoke on condition of anonymity, said that Mr. Trump had been “very forceful.”

Burr says he wasn't too worried about the shit the dumb president said to him, and blamed it on how Trump is a "businessman" who doesn't get how "America" works. We think that excuse is getting old.

Anyway, we are tired and it is Friday so here is your open thread, we love you many times, goodbye.