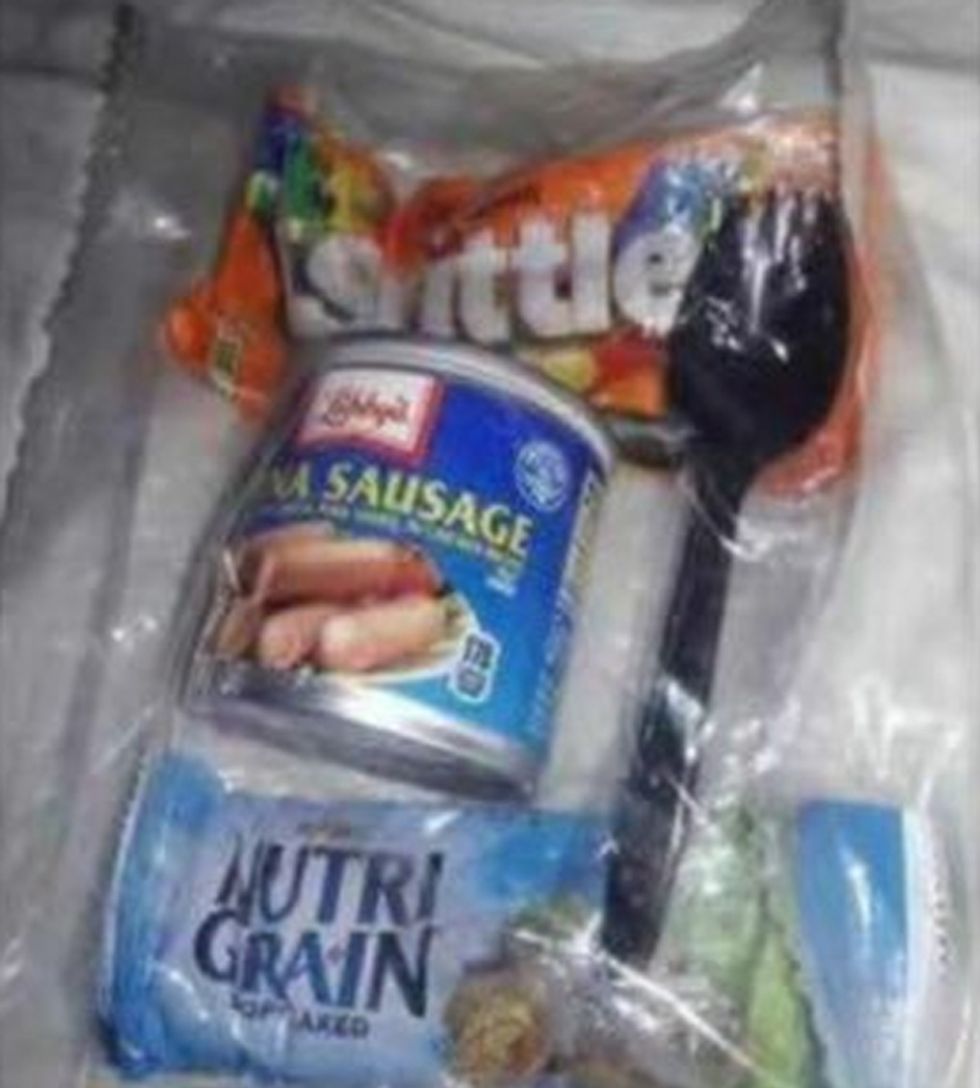 Things in Puerto Rico continue to be terrible. As of right now, over three weeks since the island was hit by Hurricane Maria, electricity has only been restored to 13.7% of the island, and water is finally restored to 72% -- up from 64% on Friday. (We know this thanks to a Twitter bot from the Washington Post's Philip Bump, using data from the Puerto Rican government.) That's a little late for four people who died of leptospirosis, a treatable disease spread by contaminated water. Many hospitals still lack electricity, and fuel for emergency generators is still not getting to where it's needed. Vox suggests the number of dead from the hurricane could be 450, not the 45 in the official tally.

In some areas, FEMA is allegedly delivering packages containing a can of Vienna sausages, a Nutri-Grain bar, and a bag of Skittles -- although we haven't seen that confirmed, and we'd love to learn that's only an internet rumor. [Update: FEMA says the snack packages are real, but they are just that -- intended as snacks, in addition to distributions of "box meals with entrees, Meals-Ready to-Eat, and hot meals, both by contract and through voluntary organizations." So no, they're not the ONLY thing FEMA is delivering] In at least one location, CNN reports, water was being pumped and distributed from a well at a Superfund hazardous-waste site, and the best the EPA could say about it is that the agency is "gathering more information about the quality of water from the wells" in the area. A local utility official said the water was safe for consumption, which is all kinds of reassuring.

A Berkeley toxicology professor, Martyn Smith, said the primary chemicals known to be at the site, PCE and chloroform, wouldn't necessarily make nearby groundwater unsafe, but added that there's no telling what other nasties might be present:

"I've never seen this before," he said, referring to the idea a Superfund site would be used as a source of public drinking water. Boiling the water, he said, would reduce possible contamination. And it's somewhat understandable, Smith added, that people in Puerto Rico would turn to possibly questionable drinking water sources given the scope of the crisis.

Retired Army Lt. Gen. Russel Honore, who managed the crisis response in New Orleans after Hurricane Katrina, referring to Donald Trump's tweets that the military and FEMA couldn't hang around Puerto Rico forever, told CBS reporter David Begnaud it was nice of the commander-in-chief to at least put Puerto Rico back on the front pages, but that the damage to Puerto Rico was "maybe 10 times over" worse than Katrina, and that the number of federal emergency workers and troops in Puerto Rico (14,000) is inadequate, especially considering that Katrina relief involved 20,000 troops. Gen. Honore had heard about the Vienna sausages, that's for certain: