Trump's Campaign Chief, Steve Bannon, Made Bad Science At Biosphere 2 And Was A Jerk Even Then 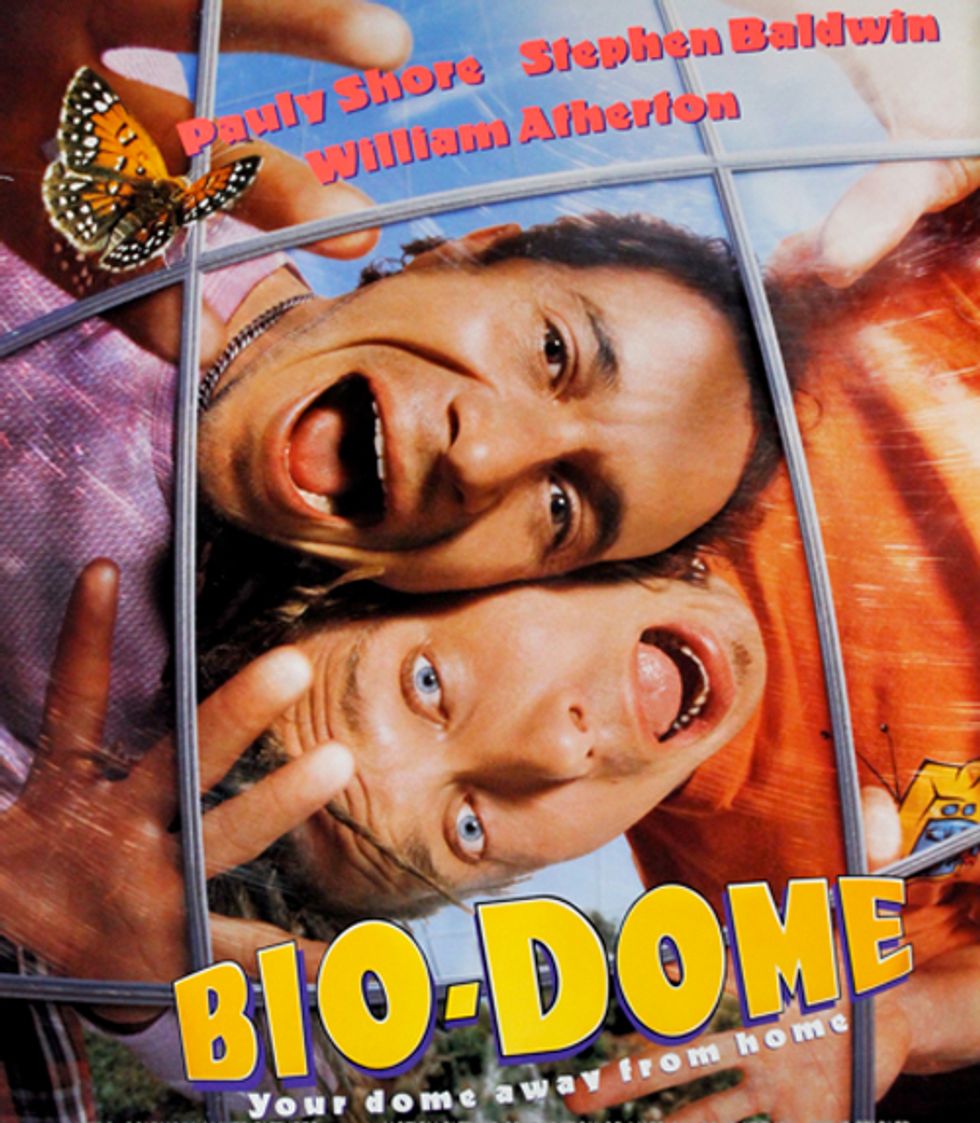 If the Trump campaign somehow brings back Pauly Shore, it's going to have a lot to answer for.

We keep finding out new stuff about Trump/Breitbart campaign CEO Steve Bannon's colorful and fascinating past, like how in 1993, he was part of a power struggle over the management of the sort of but not quite sciencey project Biospehere 2, where he was every bit the charmer that he's been ever since, except back then it was without the overlay of rightwing paranoia. Yr Dok Zoom was in grad school in Tucson back in those days, and well we remember what a clusterfuck of environmental-themed tourism, iffy science, and hucksterism it was.

Biosphere 2 was supposed to be an experiment to see if eight people could live for two years in a sealed, self-sustaining terrarium that replicated various habitats on Earth, as part of a crazy billionaire's dream of maybe building a colony on Mars or at least having a really cool tourist attraction. It really didn't work so well as science, and partway through the "experiment" the cast members -- err, researchers! -- were let out of the terrarium and replaced with a new team, and that's where Bannon comes in. He was brought in as an enforcer by financier Ed Bass in 1994 after the project had been losing tons of money and Bass wanted to force out the existing management, as the Arizona Daily Star's Kelly Presnell wrote over the weekend:

Bannon acted, essentially, as the heavy for Bass, Tucson attorney Larry Hecker recalled when I asked him Thursday. Hecker represented the original management and was away watching the UA basketball team in the Final Four when sheriff’s deputies and federal officers arrived at the Pinal County site to serve legal notice of the ouster that day.

Bannon, Hecker said, “was the new sheriff, or dictator.”

Bannon’s actions soon ended up as part of a civil suit filed by some of the original Biospherians against the new guard. In court, he admitted speaking angry words that echo some more recent accusations against him.

Back then, the Tucson Citizen reported, citing court testimony, he vowed to kick the ass of Abigail Alling, one of the original Biospherians, who returned from Japan to warn those still inside about the takeover. When Alling wrote a statement spelling out her concerns about safety in the Biosphere, he threatened to “ram it down her (expletive) throat.”

Bannon also called Alling a “self-centered, deluded young woman” and a “bimbo.” Those were just a few of the alarming anecdotes from his reign.

He seems nice! The archived Tucson Citizen piece on the resulting lawsuit has a bit more detail on what happened when Bannon took over the operation; Alling and another of the original Biospherians, Mark Van Thillo, rushed back from Japan and actually broke into the sealed Biosphere building to warn the new crew that the new managers were not especially competent, although we're not sure "competence" was ever much of a consideration in that big glass mess:

Alling also angered Bannon when she was quoted in a Tucson Citizen article comparing the Biosphere 2 safety situation to management mistakes leading up to the space shuttle Challenger explosion of 1986.

Bannon said that statement was improper.

“I was humiliated,’ he said.

In preparation for a grand jury hearing for the criminal charges, Alling claimed she had written a five-page statement about the safety problems with Biosphere 2 after new management took over.

But animosity was inevitable, Bannon said.

“This was a bankruptcy,’ he said. “There gets to be a lot of hard feelings and broken dreams.’

We remember that most people around Tucson found the whole thing kind of wacky, as in, "Boy, that Biosphere thing, I just don't know." On the one hand you had management that was fighting with itself, with Bannon acting like the dictator of the domes, and then you also had the former "crew member" breaking into the place in the middle of the night to warn the newbies that they might blow up like the Challenger? Maybe a little hyperbolic, considering there was a hatch right there that she'd just gone through?

So anyway, the question we must ask ourselves today is, do we want to trust our great nation to a man whose campaign CEO was at least partly responsible for inspiring the Pauly Shore/Stephen Baldwin movie Bio-Dome? Is that something we want to risk?