Trump's Lawyer Wants To Call Him Daddy, Can't Vote For Him In Primary Either 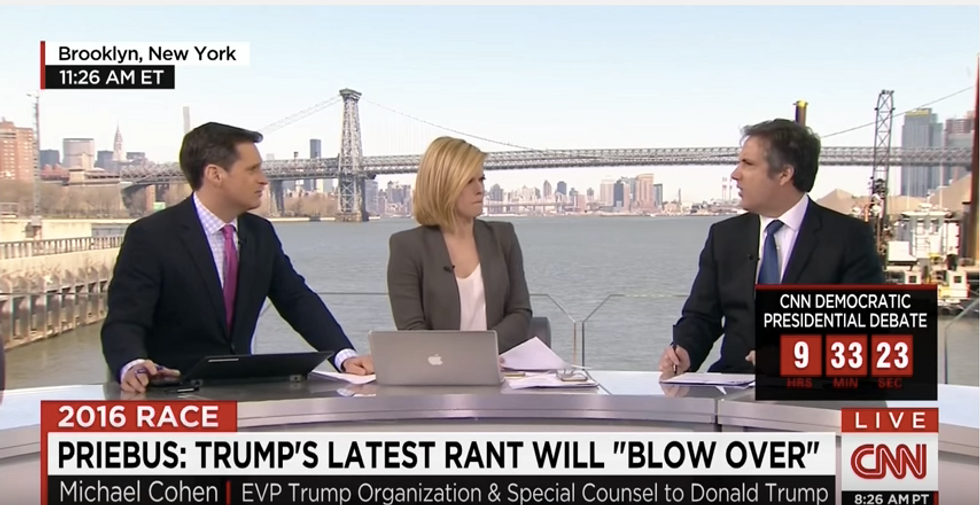 Donald Trump, who is very sure that he will be a good President because he will just surround himself with people who know what they are doing even though he has no idea, has apparently failed to surround himself with anyone who can tell the people closest to him how to vote in a primary election.

First, his own children were completely clueless about when they were supposed to register in their home state of New York, where most of them have been living their whole lives, and now it turns out that his lawyer, Michael Cohen, cannot vote for him in the primary either, as he is a registered Democrat! Whoops!

[wonkbar][/wonkbar]We, of course, are very saddened to hear this news -- not because this means there will be one less Drumpf voter in New York, but because we do not enjoy the idea of belonging to a club that lets Michael Cohen join. It is clear that someone who thinks marital rape is A-OK and also legal in the state where he practices law, which it is definitely not, and who goes around threatening to END reporters who say mean things about Donald Trump, belongs in the Republican Party. Michael Cohen, you have found your home, and it is not here with us! Go and be well!

CNN hosts Kate Bolduan and John Berman were pretty surprised by this revelation, pointing out that Trump's own kids hadn't figured out how to vote for him in the primary either. You know, in New York, the state where most of them have lived for most of their lives?

To this, Cohen responded "I'd like to be one of his children, I'd like to be one of them," which is a normal thing that grown adults say about their bosses all the time. Though we do not know Cohen's family situation -- perhaps he comes from a family where his father never played the stock market with him on his weekends off from boarding school, said he'd be dating him if they were not related, or even cared what his breasts would look like when he got older.

Cohen also 'splained all about how Donald Trump would be better at unifying the party than Reince Priebus, and also at unifying everyone else, because he brings so many people together and everyone likes him. You know, except for like 70% of women, 58% of men, and pretty much everyone who is not white. All of those other people, he will totally unify.

And then he will adopt Michael Cohen and teach him how to ride a bike around the White House, and America will at last be Great Again!