Tucson Pizzeria To Sponsors Of Arizona's Gay Discrimination Bill: No Pie For You! 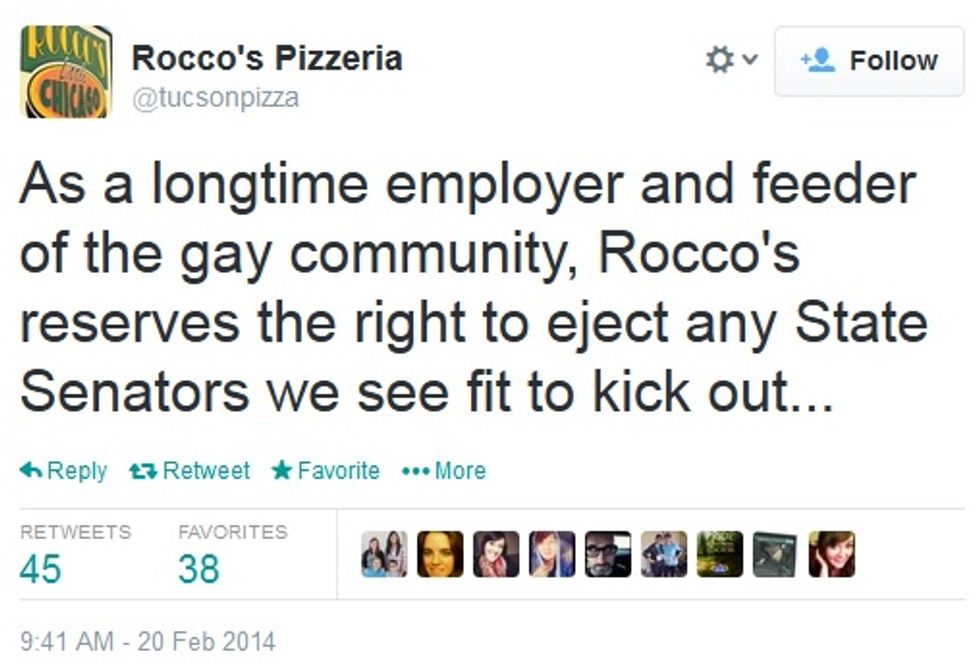 Jan Brewer may be back on her meds, but the Arizona Legislature is just as full of scum and villainy as ever. Thursday, the state's hero lawmakers took a stand for the freedom to be a bigot, passing a law that would allow businesses to refuse service to customers whenever doing so might violate their religious beliefs, essentially inviting discrimination against gays. Now the bill goes to Gov. Brewer, who hasn't given any indication whether she'll sign it (she vetoed a similar bill last year). Let's hope we were right about the meds.

Just in case, however, the nice folks at Rocco's Pizzeria in Tucson have a message for the bill's supporters (it went out before the House vote; we're sure House members are included):