Turns Out Jared Kushner Really Does Roll On Shabbos! 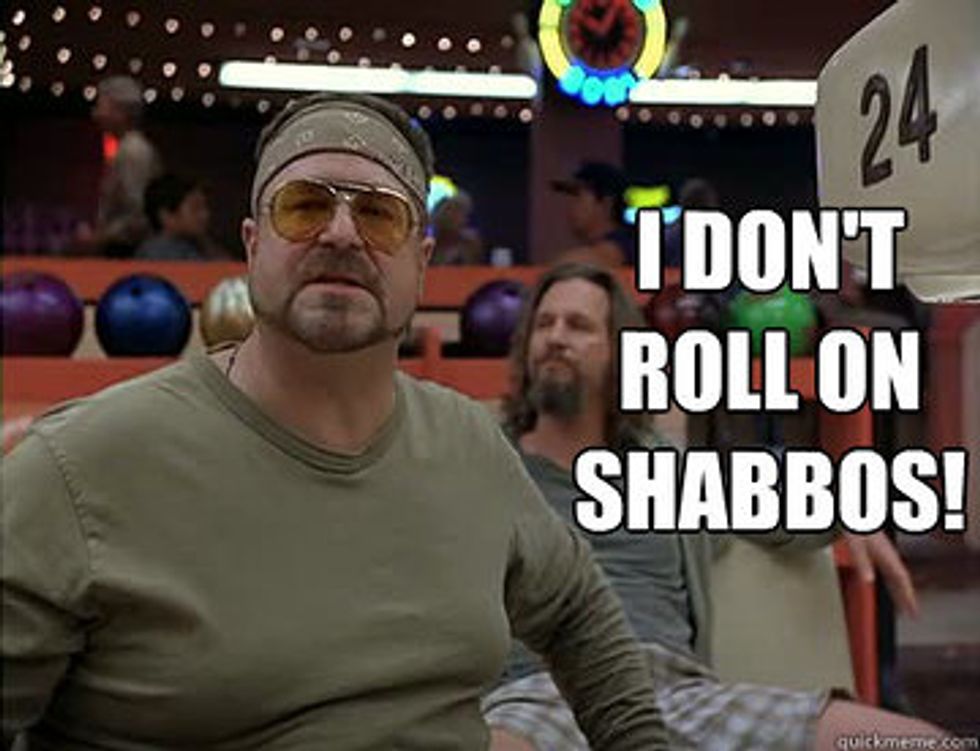 Yesterday, Jared Kushner and his wife Ivanka Trump boarded a plane to Saudi Arabia with POTUS and eleventy hundred of his most trusted advisors. While they were in the air, the New York Times broke the story of Trump bragging to the Russians about firing James Comey.

“I just fired the head of the F.B.I. He was crazy, a real nut job,” Mr. Trump said, according to the document, which was read to The New York Times by an American official. “I faced great pressure because of Russia. That’s taken off.”

An hour later, the Washington Post dropped the bomb that a senior White House advisor was a "significant person of interest" in the law enforcement investigation of Trumpland's secret sexxxxytimes with Mother Russia. Kushner was all-but-identified as the person of interest because, Duh! He's The One Who Conveniently Forgot to Mention That Meeting With Vnesheconombank.

That flight must have been LIT! No need to watch Sister Act 2, this airline has THE BEST in-flight entertainment!

Lost in the news was this little piece from Politico detailing the "rabbinical dispensation" Jared and Ivanka received to fly on the Sabbath. As Orthodox Jews, the Kushners refrain from driving and using electronics from Friday night to sundown on Saturday. Well, unless Shabbat falls on the same day as the inauguration. Or unless Access Hollywood releases a tape showing the alter kocker bragging about sexually assaulting women. But otherwise, the Kushners DON'T ROLL ON SHABBOS.

As Ivanka describes it in her book --

During this time, we disconnect completely — no emails, no TV, no phone calls, no Internet. We enjoy uninterrupted time together and it’s wonderful." She added: “It’s enormously important to unplug and devote that time to each other. We enjoy long meals together, we read, we take walks in the city, we nap, and just hang out.

And that is very nice. But as Wonkette's resident Hebrew in the House, I have some thoughts on this subject.

JAVANKA, Mazal Tov on making a lovely home for your children. I also enjoy spending time with family and friends on Shabbos. My challahs are not too shabby, if I do say so myself.

Unlike you, however, I do not hold myself out as being an Advanced Placement Jew. See, it's not hypocritical for ME to show up to work today, since I don't go around telling everyone how much better I am at Jewishness than everyone else.

Also, I didn't hire Robert Friedman to be ambassador to Israel. Donald Trump's personal bankruptcy lawyer has a long history of saying that Jews like you, Jared and Ivanka, are the REAL ones. Whereas leftwingers like me are like the kapos in concentration camps who chose which of their people would die each day.

Finally, are J Street supporters really as bad as kapos? The answer, actually, is no. They are far worse than kapos – Jews who turned in their fellow Jews in the Nazi death camps. The kapos faced extraordinary cruelty and who knows what any of us would have done under those circumstances to save a loved one? But J Street? They are just smug advocates of Israel’s destruction delivered from the comfort of their secure American sofas – it’s hard to imagine anyone worse.

Yes, Friedman got shpilkes before his confirmation hearing and apologized. BFD.

And since you, Jared, are entirely willing to trade on your family's past as Holocaust refugees, to defend your father-in-law's part-time love affair with with the anti-semitic alt-right, I'm thinking your conduct here is FAIR GAME.

Nudnik, we all saw you this week calling up Lockheed Martin to get them to drop the price on $100 billion dollars of arms to sell to the Saudis. Not sure how your freelancing as an arms dealer helps the US (or Israel), but I'm sure the Saudis are delighted to host you. They think you're "one of the good ones," too. AND STILL, that doesn't make for exigent circumstances. You're not driving an ambulance on Shabbos to save a life. You're a shanda who does what he wants and finds someone to call it kosher.

I literally could not care less how you observe Shabbat. Your Judaism is none of my business. But please stop trading on being the super-authentic-real-deal Jew, while the rest of us are just poseurs. You're a shlemiel who maneuvered himself right in the middle of this Dumpster Fire, and no amount of hypocritical piety can save you now.

UPDATE: Yes, this is your open thread. Here is Donald Trump dancing, big-league:

Pres. Trump gets into the groove in Saudi Arabia. pic.twitter.com/IZSwFaMtmQ