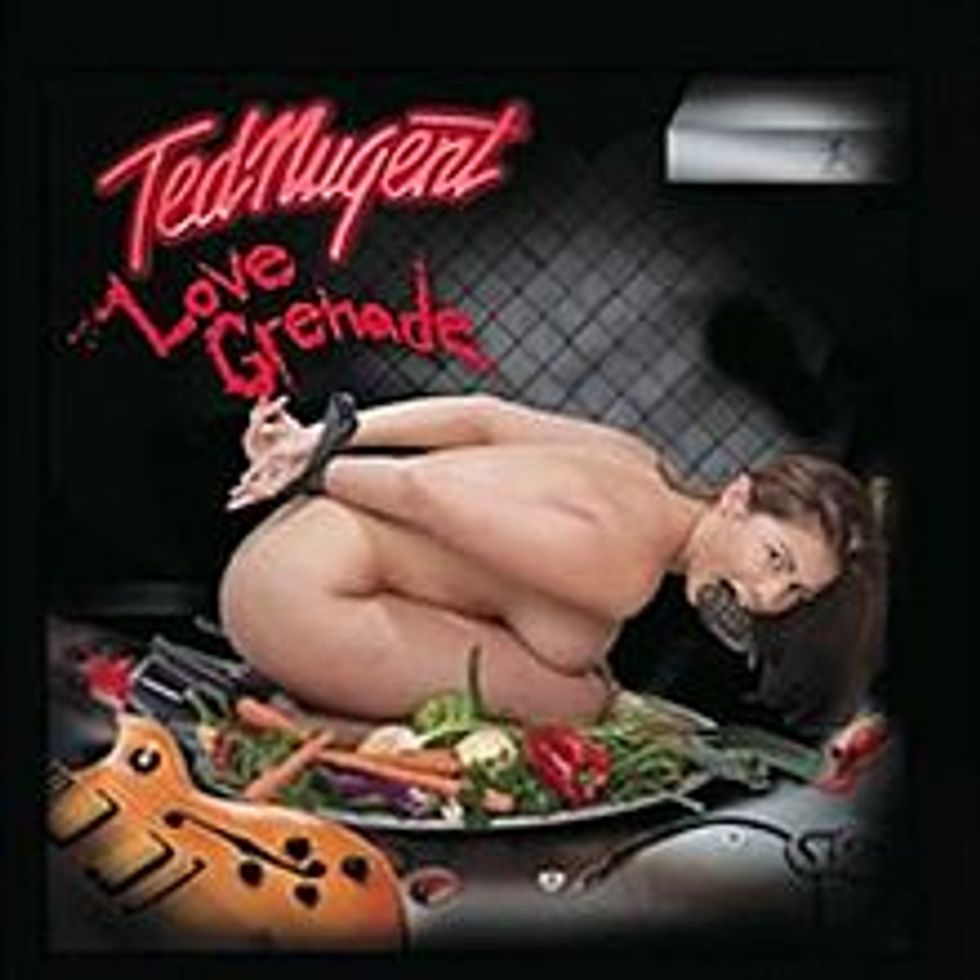 As for the Secret Service probe, Nugent said that he will be meeting with officials on Thursday.

“We actually have heard from the Secret Service and they have a duty. I support them. I salute them. And I look forward to our meeting tomorrow,” he said. “I‘m sure we’ll have a great conversation…bottom line is, I‘ve never threatened anybody’s life in my life. I’ve never threatened. I don’t waste breath threatening.”

He continued, going on to reiterate his respect for the law enforcement officials.

“We’re going to have a little barbecue get together,” he said. “And I’m not trying to diminish the seriousness of this, because if the Secret Service are doing it they are serious. They are dedicated and I will be as polite and supportive as I possibly can be, which will be thoroughly.”

Also, Barack Obama totally ate Fluffy, and we for one are fine with that. Wait, where'd all our PETA ads go? [TheBlaze]