U.S. About To Lose Another War 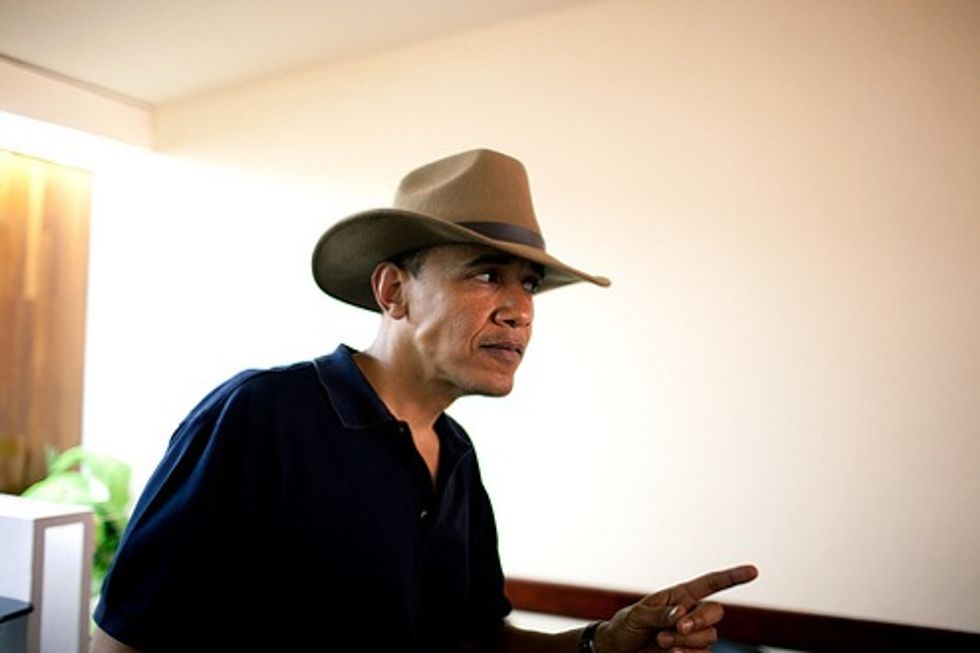 Why are our war planes shootin' up Libya right now? Just because we hadn'tdone it in a while? Who knows! Does the U.S. want Gaddafi out of power? Russia and China seem to think so. Gaddafi's compound was attacked by the U.S.'s super ally team. And Britain's defense secretary, Liam Fox, said that killing Gaddafi could become an objective of the no-fly zone. So, although Congress still hasn't signed off on this war, we may have a whole other country we will need to occupy, try to stabilize, and find a collection of new leaders to prop up. Isn't that always the object of this sort of action? But the Obama administration won't say it is, even though Obama says he wants Gaddafi gone. So Gaddafi will probably stay in power, and, according to the only plausible reason to shoot up Libya, we will have lost this war.

“We are not going after Qaddafi,” Vice Adm. William E. Gortney said at the Pentagon on Sunday afternoon, even as reports from Tripoli described a loud explosion and billowing smoke at the Qaddafi compound, suggesting that military units or a command post there might have been a target.

Who is in charge of this military and this dictator compound? The U.S. would probably like to have a word with him! No, not Gaddafi! They're trying to bring down whichever mysterious individual is battling the rebels. Gaddafi surely has nothing to do with it.

But can this unknown Libyan leader be defeated?

“I hope it’s not too late,” Senator John McCain, Republican of Arizona, said on the CNN program “State of the Union” Sunday. “Obviously, if we had taken this step a couple of weeks ago, a no-fly zone would probably have been enough,” he said. “Now a no-fly zone is not enough. There needs to be other efforts made.”

Oh good, the man brought on the Sunday talk shows to show off his complete disconnect with reality has seen an opportunity to get a new war going. He won't need the dick-hardening pills tonight.

Obama has come through on all his campaign promises, so certainly he won't entangle the U.S. in another endless war like John McCain wants to. But Obama started a war anyway, a cute little half war, a war that cannot possibly meet his true objectives. So he will lose it. But hey, it seems pretty compromisey! That will help him get re-elected! [NYT]