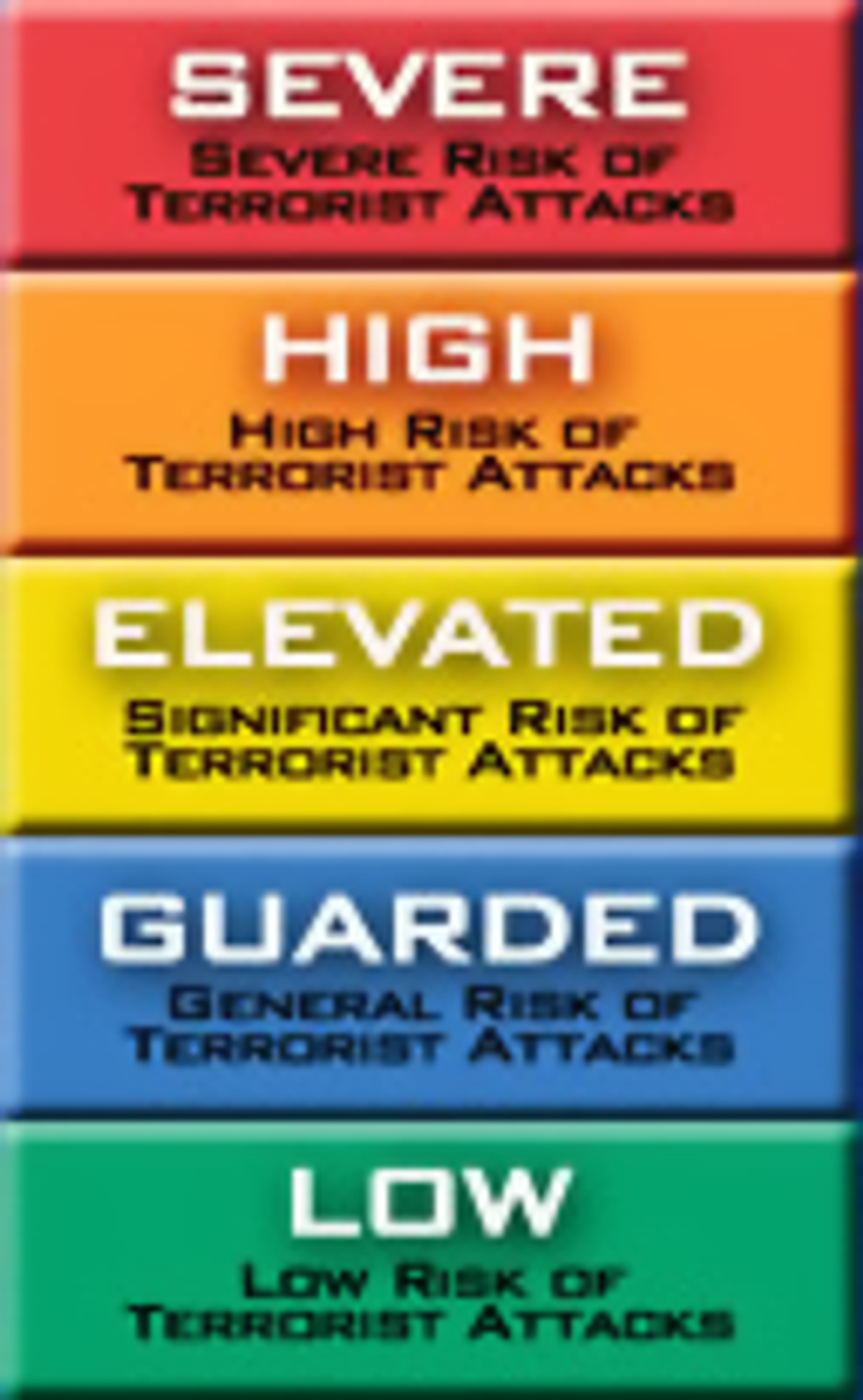 That tremendous waste of resources known as the "Homeland Security Advisory System," a color-coded chart letting you know how many times you will be murdered by a terrorist today, isfinally being phased out by the Obama administration. It's a sad day for fear. That chart may look like the keys on a toddler's xylophone, but it's served honorably for a decade in the federal government, even if its job, like that of many federal employees, is pretty pointless. Let's hope the terror alert chart gets a good government pension and finds a nice part-time defensive consulting gig somewhere. So the Obama administration has come to realize how pointless it was to spend everyone's time and money on this sort of thing, right? No, they're just making a new one.

The Obama administration will take the next three months to roll out a replacement, which will be called the National Terrorism Advisory System. The new plan calls for notifying specific audiences about specific threats. In some cases, it might be a one-page threat description sent to law enforcement officials describing the threat, what law enforcement needs to do about it and what the federal government is doing, one of the officials said.

You see, it was no longer scary enough for the color chart to tell people they were about to be blown up, because days and months and years went by without it happening -- so people started to think it wasn't going to happen. (They didn't think this until right after they voted for Bush in 2004, of course.) The new tactic is to scare people by making them think they're getting a letter especially for them. The letter will be signed by both Obama and the terrorist in question, so the recipient will think they definitely are getting murdered this time. But everyone in America will get this letter. And thus it will continue until the government decides they need a new way to scare us. [AP via Gawker]