Uber To Implement New Un-Sexism Once Girls Stop Blabbing And Perioding All The Time! 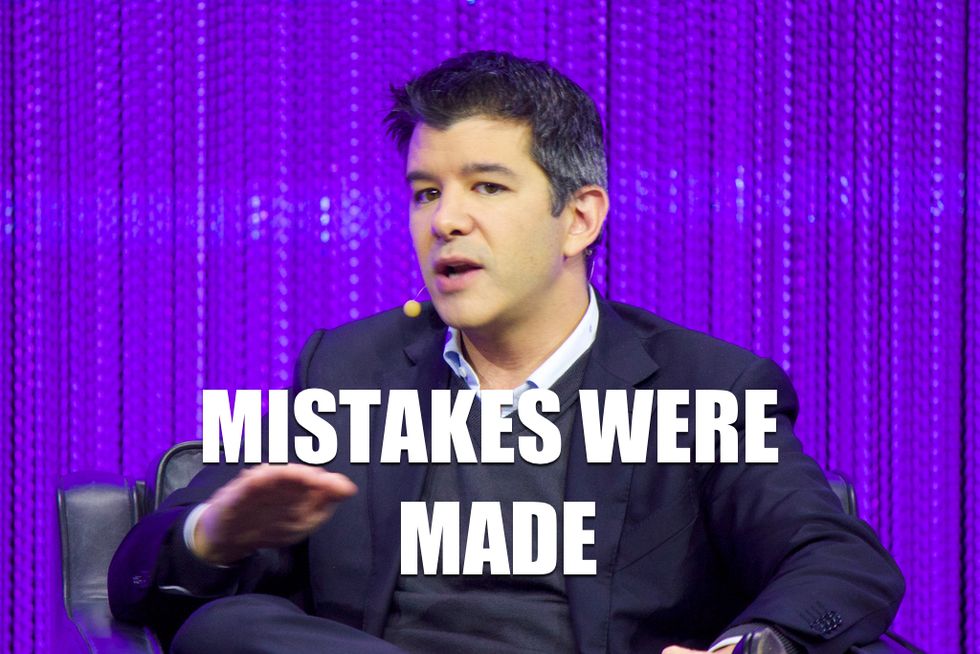 "Chicks! They never shut up, amirite?"

Wonkette is only a Mommyblog and Recipe Exchange, but we are almost certain that THIS is not how Uber wanted its board meeting covered on Tuesday.

Instead of rolling out their new DON'T BE SO DAMN SEXIST Policies, Uber is #winning with this exchange between board members Arianna Huffington and David Bonderman.

Bonderman: Actually what it shows is that it’s much likely to be more talking.

Of course there's audio! Uber shooting itself in the dick is at 6:40.