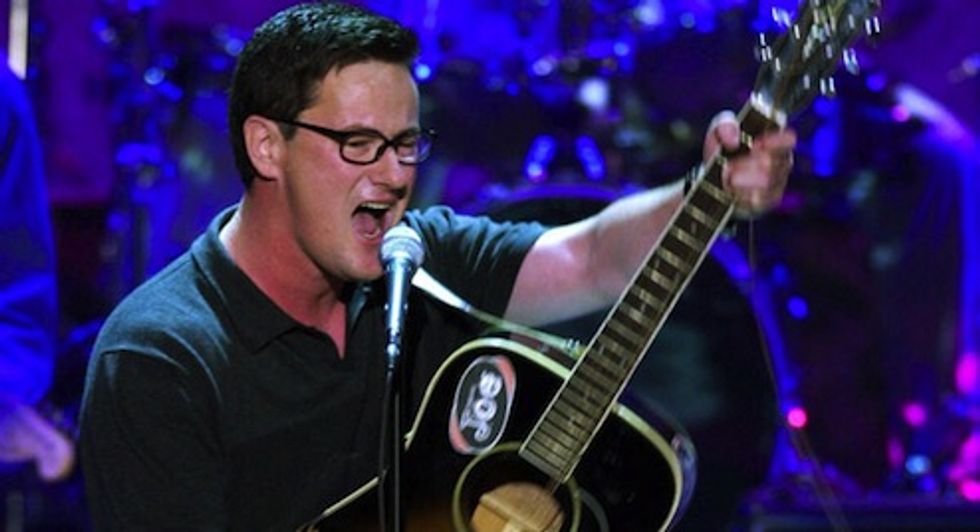 What even the fuck, "Joe" Scarborough? We thought we could count on you to be our sexy douchey conservadaddy (shut up wonkers), and it turns out you are just another emoprog #Occupy communist pansy whining about income inequality and Warren Buffett's secretary's tax rate. First you came totake all our guns and put them in gun jail, then you called Sean Hannity a racist vulture douche (direct quote, we think), and now THIS?

While the secretaries are paying twice that much. Why we don't have a minimum tax rate of 30% is beyond me. And I say that especially because of all the billionaires and gazillionaires. If you're not getting a paycheck across your desk, chances are good you're figuring how to pay 16%, 17%. That is obscene. It's wrong and Americans, 95% of Americans think that's wrong. And then the same thing with the off shore accounts. You know? My feeling if people want to move their people offshore, they need to move offshore with their money. Seriously. If they want to shield their money from taxes and go offshore, you're not welcome in the United States of America. Follow your damn money.

Just stop right there, you un-American pussy. No, really, stop, or that nice toddler Ben Shapiro will never be able to catch up with you on his little rubber baby legs, and put you UNDER ARREST.

We will not bother transmitting Shapiro's SNAP/YA BURNT response to Scarborough, because it is boring and his numbers are stupid. Okay just one: did you know that "the 40% of Americans with the highest income paid 106% of the total income tax burden"? It's true. 106 percent. ONE HUNDRED. AND SIX. PERCENT.

We are sure this is an absolutely true statement, and we are just too public-schooled and XXed to understand basic math, or as we like to call it, "man words but with those letters that are like letters but different but sometimes there are letters too."