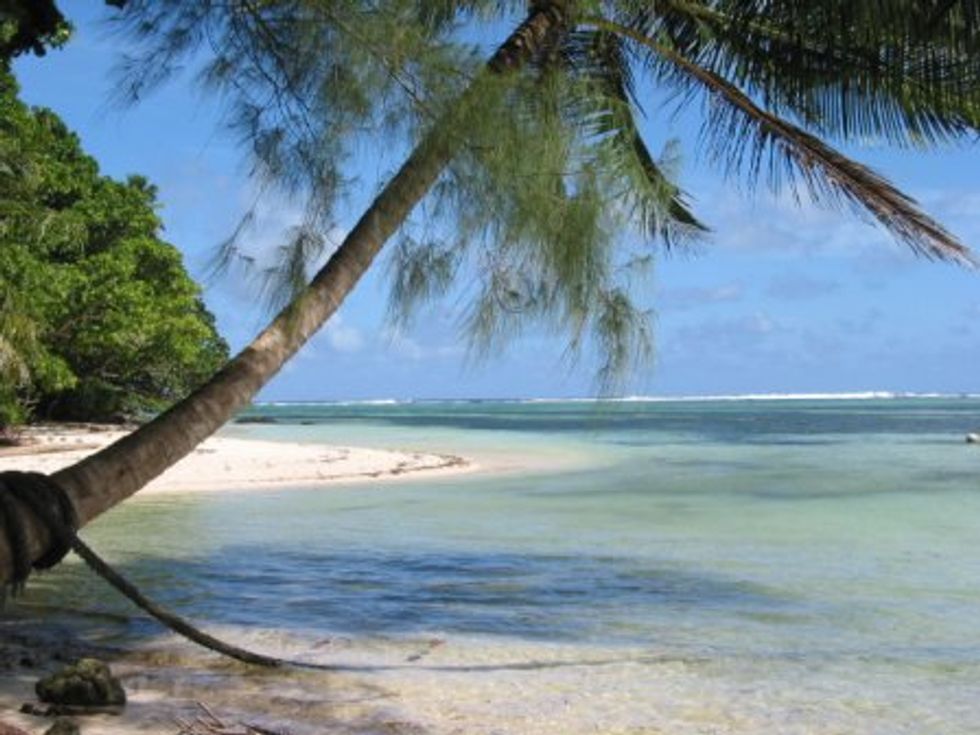 President Obama has struck another blow for justice, byfinally getting somebody else to take a few Guantanamo prisoners off his hands. Only, they are just moving from Cuba to a little place in the North Pacific called Palau, and who knows if they will ever get out of prison get to leave.

The Chinese Muslim group known as Uighurs are presumably a little easier to place than other Guanatanamo detainees because they are not terrifying Arabs, and their truck is more with the Chinese than the US anyhow. The downside, of course, is that nobody wants to cross the Chinese by hosting a bunch of prisoners that the Chinese would rather see executed.

Palau doesn't have diplomatic relations with China, however, so WALLAH, they shall take up to 17 Uighurs, and it still sucks for the Uighurs because they're still in prison stuck on some island with little hope of future release, but at least they aren't shacked up with any more Wahhabi nutballs, right?

UPDATE: You "fact-based" commenters point out that these dudes will probably not be in prison at all, but rather "resettled," whatever that means, on this teeny island in the middle of nowhere. So hooray, freedom, and beaches! Which will probably scare the shit out of a bunch of people who grew up in Central Asia.