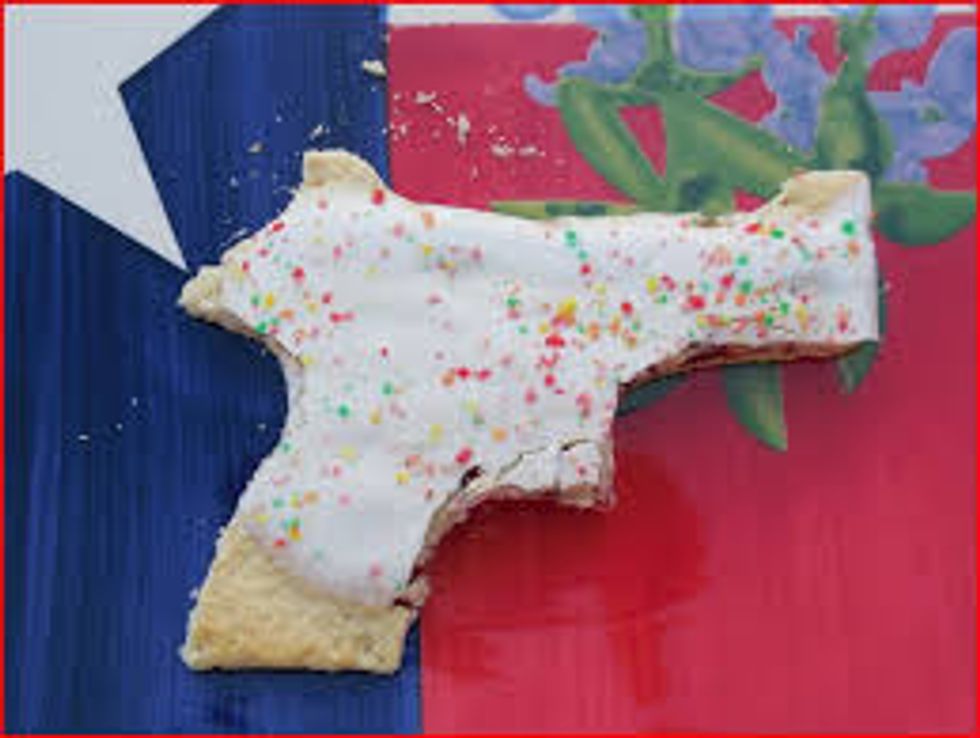 Sally Kern, she's this lady."Oklahoma Republican" says everything it needs to say, right there, but she is an extra special Oklahoma Republican, mostly because she has P-E-N-I-S on her mindall the time.Gay P-E-N-I-S! Being crammed down her throat! (Luckily, that's where her clitoris is.)

But Sally Kern has a new bill in the Oklahoma lege, and even though there may be more important things out there that she could spend her time on, and it is sort of stupid, it's not that stupid, so Sally Kern is way ahead of the Sally Kern curve.

Sally Kern wants to make it legal for children to chew their Pop-Tarts into gun shapes without fear of being expelled. We are with her! This expelling children willy-nilly is dumb as fuck! Also, Zero Tolerance policies, while presumably promoting Zero Tolerance equally, somehow manage to target children of color. Since that last link is to the Obama administration urging school districts to dump these dumb fuck policies, we assume Sally Kern will be pulling her bill any second.

The bill would also allow pointing fingers and going pewpewpew and having small toy guns, and also the wearing of dickwad Second Amendment T-shirts. Presumably, it does not allow actual ammo.

There is no word on whether children would be allowed to nibble their Pop-Tarts into Satans with their tiny, versatile little teeth. We assume so, but then again, freedom of religion is First Amendment, which obviously must be worse than the Second Amendment, or the Second Amendment wouldn't have had to come along and fix it.