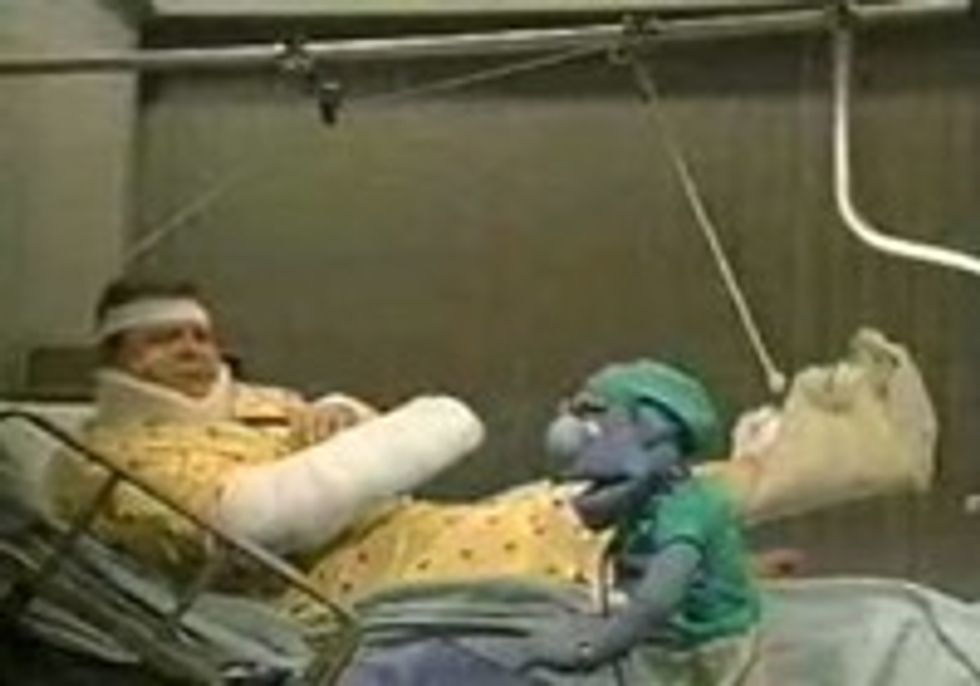 Nearly a week ago -- and doesn't it seem like just yesterday? -- the country was ROCKED by allegations of Racial Strife stemming from analleged assault on a black conservative outside one of Obama's Death Panel Meet 'n' Greets. And every day we learn something new, or think we learn something new, about poor Kenneth Gladney's employment status or insurance coverage or degree of injury or whatever. The newest hot news: dude has insurance coverage after all!

A Washington Independent reporter -- not Dave Weigel! -- spoke on Monday with David Brown, the guy who was maybe sort of Gladney's lawyer for a little while, until the fact that he witnessed the St. Louis Horror Show [Warning: Footage is disappointingly tame] meant he couldn't be Gladney's lawyer, so now Brown's brother is going to take over the lawyering duties.

According to Brown, Gladney is unemployed and has health insurance through his wife. His insurance coverage hasn't stopped him from raising a whopping $1100 in donations for ... pain and suffering? Who knows.

In the end this guy seems like just another Joe the Plumber, an innocent citizen wrested into the spotlight because he made a convenient political prop, for whom you might have felt some modicum of sympathy for two seconds, before he started to make the rounds on the teevee and get annoying.