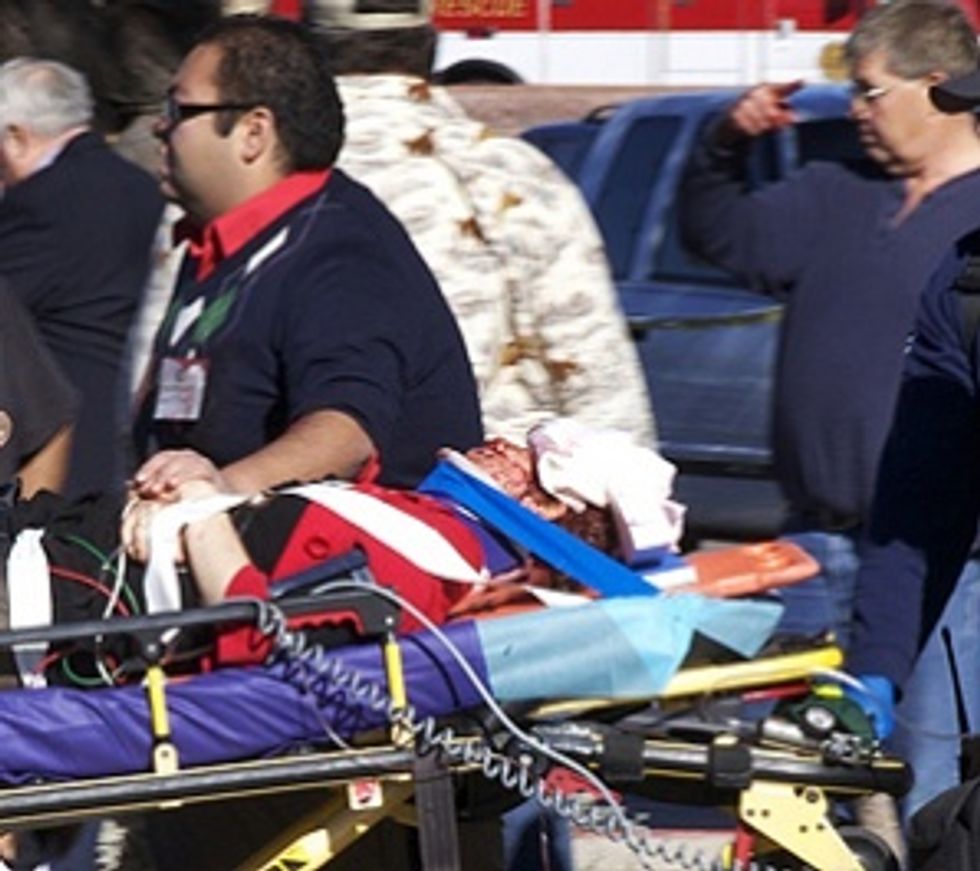 The University of Arizona has a website, where you can find out "more" about its academics. Like this: It liststwo separate "Dance" departments, but only has a single, combined "French And Italian" department. Oh, and they also have a "School of Dance" on top of it all. But if there's one academic concentration that can distract them from all that dancing, it's a good gimmick, so they're setting up a "Civility Institute" where scientists can breed rats to type APPLAUSE LINES on OBAMA'S JUMBOTRON or whatever. Who did they sign up to be the honorary chairmen of this new initiative, probably without asking them first? Why, Bill Clinton and George H.W. Bush! Because of this important, very promising initiative, politics will cease to exist, everyone will agree on everything, and we will all go through life with the slight taste of arsenic in our mouths. Boo politics! Hooray academia! No famous person will ever get shot again!

The University of Arizona — whose Tucson campus President Obama used for his nationwide address on civility after the shooting of Representative Gabrielle Giffords last month — will announce on Monday that it is establishing an institute to promote compromise among opposing political parties and views, the organization’s director said on Sunday. [...]

Dr. Milward said the institute would focus on political disagreements “from the grass roots all the way to the top.”

Is "Civility Institute" really the best name for it, though? Just throwing this out there, but we kind of like the ring of "political-science department." Not sure what "political science" means, but it sounds good!

It's about time academics did something about this whole "disagreements" thing, right? Since when did humans start disagreeing with each other? Seems weird for billions of intelligent, independent-minded beings to do such a thing. But it also definitely seems like something that can be solved by a token few tenured old people in a small conference room in the desert. Good work! [NYT]