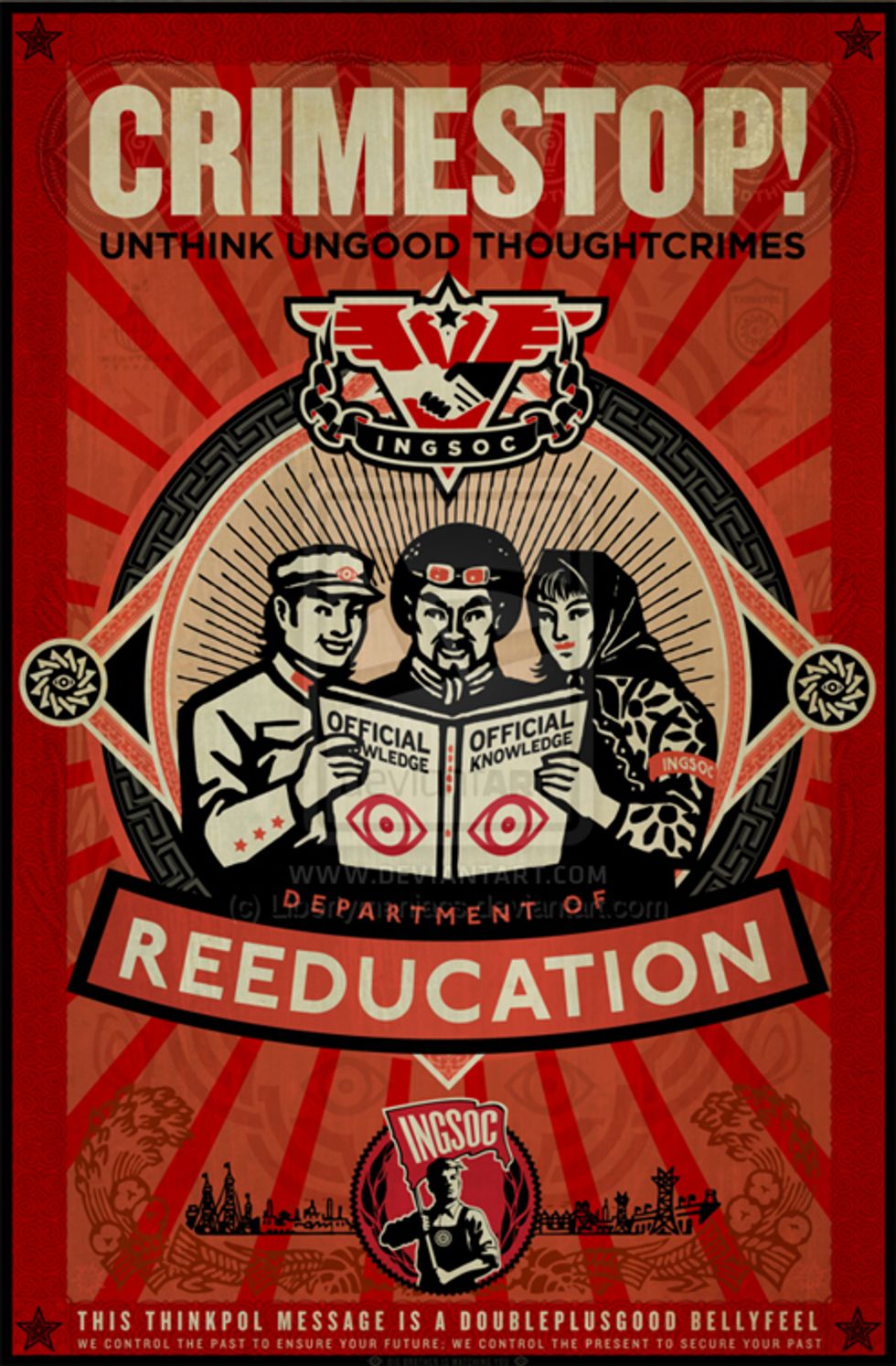 America, Ben Shapiro is really disappointed in you. Again. This time, you have all been doing a high tech lynching to Donald Sterling, whom Shapiro happily agrees is a racist scumbag, but who should never be punished formere thoughtcrime. Also, minor-league wingnut Dennis Prager took a moment away from warning us that people having buttsex in private will kill America, so that he could warn of the terrible slippery slope (covered with santorum, maybe) that will result from punishing a person for his privately expressed private thoughts, which we must disregard even though they've now been disseminated far more widely than most public press releases. Shame on us.

Shapiro and Prager also just want to know why the NAACP still gave Sterling a lifetime achievement award in 2009 when he had, that very year, settled a lawsuit against him after the Justice Department alleged that he'd systematically discriminated against blacks and Latinos in his rental properties. (Frankly, we'd like to know the same thing.) Howcome this big outcry over mere racist thoughts now, but no big blowup back then when there was actual racist action, howcome? The answer, for Shapiro, is obvious:

the big problem here isn't hypocrisy. The big problem is that the market is turning on Sterling not over action, but over words. Sterling's a pig, and that's been no secret for decades. But what triggered America's response? Sterling's thoughts. American society now considers expression of thought to be significantly more important than action. Sterling got away with actual discrimination for years. But now he is caught on tape telling his gold-digging girlfriend he doesn't like blacks, and that's when the firestorm erupts?

This is the thought police at work. Feelings matter more than action. Words matter more than harming others. That sets a radically dangerous precedent for freedom of thought and speech, particularly for those whose thought and speech we hate. Freedom of speech and thought matters especially when it is speech and thought with which we disagree. The moment the majority decides to destroy people for engaging in thought it dislikes, thoughtcrime becomes a reality.

You see, if Donald Sterling had been the subject of boycotts in 2009, Shapiro would have been cool with that, because action is OK to punish. And we really truly believe feculent crapweasel Ben Shapiro when he insists that he's perfectly cool with boycotting racist actions. But we really, really need to step back from punishing poor thoughtvictim Donald Sterling for having bad thoughts, and since he wasn't banned for life in 2009, he now apparently is supposed to get a free pass. Maybe we could just thank Ben Shapiro for calling attention to that 2009 case, which was genuinely reprehensible, and say, OK, sure. We're now punishing him for that. Bummer we missed that at the time. Glad we got a chance to give him hell for that now.

Incidentally, Shapiro is also perfectly OK with people discriminating against sexual deviants, as long as that discrimination is based in faith, of course. There is probably a way, in his mind, that this is not punishing gay people for the thoughtcrime of being gay, but rather for the sexcrime of doing gay sex. But we are not going to try to suss out the alleged thought processes of Ben Shapiro any more than absolutely necessary.

For his part, American Basij Dennis Prager, who thinks feeding hungry children is abusive because it makes them dependent on Big Government, is very worried about the disappearance of privacy when some poor fellow is caught on tape saying insanely racist things, which he thinks may actually pose a greater threat to privacy than the NSA's benevolent and maybe-ubiquitous monitoring of phone traffic to catch terrorists. He also very magnanimously doesn't care whether Hillary Clinton is an anti-Semite at all -- and then repeats, in detail, the claim that in 1974 she had called Bill's campaign manager a "Jew bastard," so that he can point out that he really is not bothered at all that Hillary might hate the Jews. If she hates the Jews, he notes, that is her own private business of Jew-hating, and nobody has any right to punish her politically for her own personal hatred of Jews that may or may not exist, and is nobody's business. This is, you have to admit, just terribly open-minded of Dennis Prager. So for Pete's sake, stop prying into people's private thoughts, whether they be racist thoughts like Donald Sterling's, or Jew-hatred thoughts like those of Hillary Clinton.

Also, too, just for the sake of fairness, Ben Shapiro wants everyone to know that Spike Lee, a racist who hates whites for gentrifying Harlem and also once said he hates interracial couples,had a front-row seat at the press conference announcing that Sterling had been banned. This is what Ben Shapiro considers amusing.

Follow Doktor Zoom on Twitter. He has some really lovely private thoughts sometimes. They tend to occur when he's not thinking about Ben Shapiro.