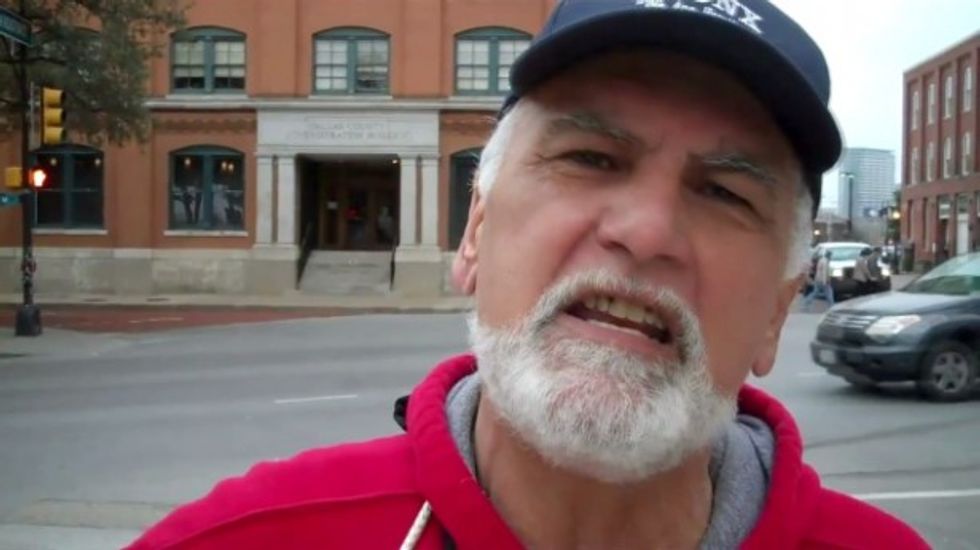 As a woman what has been in the media for eeep, more than 22 years (?!), your editrix is not unfamiliar with voicemails of the angrier kind. Over the decades, she has been called a cunt and a Nazi and cunt Nazi, whose attitude could only be adjusted by a proper, good-old-fashioned raping. She has even had candidates for electoral office inform her voicemail that she was fucking DANA ROHRABACHER, for sweet Jesus's sake. She deserved all these messages, obviously, for being a lady what wrote a newspaper column. But did she deserve it as much as D Magazine's Dan Koller? Probably not, since Koller did not sufficiently inform his readers that a Dallas City Council candidate was a big homofag, and a gentleman running against said homofagfound this untoward! (Audio at preceding link.) Let us listen in.

Here is Koller's description of the voicemail:

Richard P. Sheridan, the nutjob who finished fourth in Saturday’s election for the District 13 seat on the Dallas City Council, is mad at me. To hear him tell it, it’s because I didn’t do enough to inform the voters that Leland Burk, who finished second to Jennifer Staubach Gates, is gay. But I think it also has something to do with the fact that all I said about Sheridan in my election preview for Preston Hollow People is that he is best known for being physically removed from public meetings after exceeding the time limits for speakers. Or maybe Sheridan is just mad in general because he received only 28 votes (0.27 percent), two years after he somehow backed into 1,054 of them (10.56 percent). Heck, a teenager did better than him this time around; 18-year-old Jacob King garnered 77 votes, and Sheridan vowed to stop running for office if King’s total exceeded his.

Whatever. The reasons don’t matter. You can’t try to apply logic to the raving lunatic who left me a voicemail at 9:24 on Saturday night in which he called me a coward six times, a “[see you next Tuesday]” five times, a “mother[lover]” four times, a bitch twice, “a disgrace to our city” once, and “a sorry ass” once. In the middle of all that, he also said, “I don’t think you have one testicle, sir.” (He’s wrong about that last point, but I appreciate him calling me “sir.”)

We think Koller meant "cunt" and "motherfucker," but who could ever know unless they listened to the voicemail, which we did?