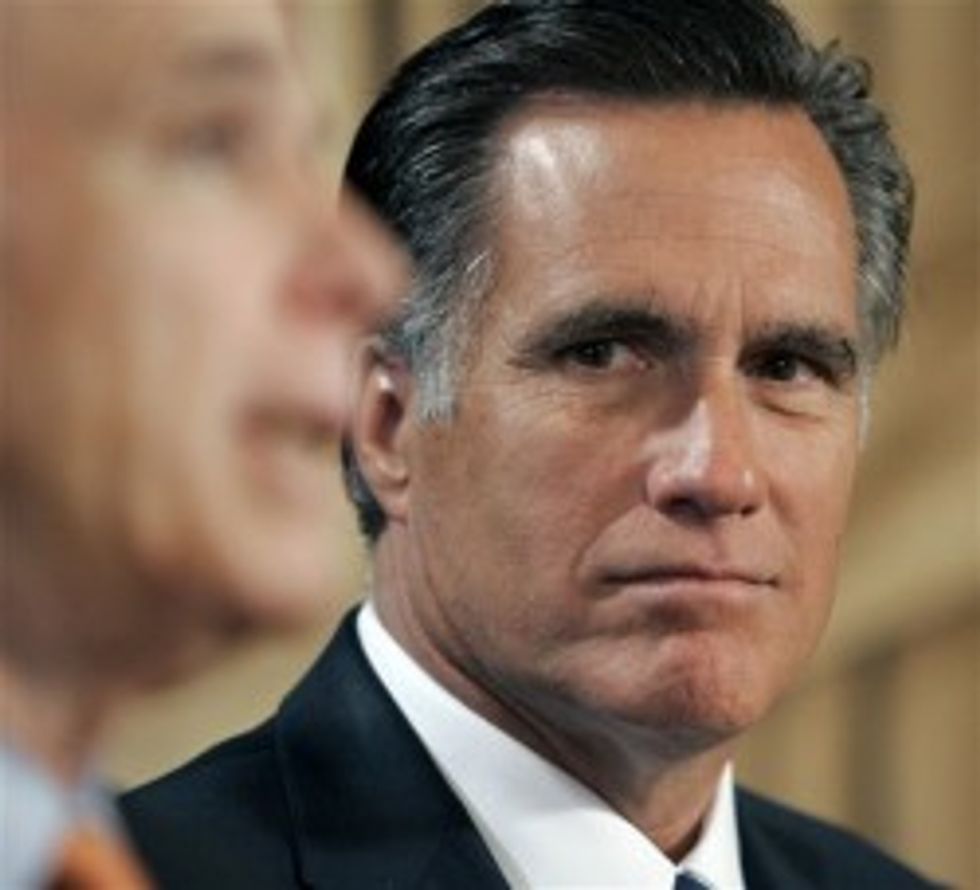 Insipid rich dweeb Mitt Romney is facing even more impertinent questioning about his infinite investments, and the answers may surprise you -- if you just landed on Earth and then decided to jump off a stupid tree and hit every branch on the way down. Seems ol' Mitt is allegedly usingevery rich dude trick in the book (written by rich dudes) to pay as little in taxes as possible. Not really a problem, if you're gainfully employed at the Arby's in Duluth and just click on whatever TurboTax tells you to. Gainfully employed? Manual clicking? That doesn't sound like our Mitt now, does it?

The poking about into Romney's finances was as inevitable as his running for president for the next 200 years. So why could Mitt only speak in tongues when pressed by famed rhetorician Rick Perry at Monday's debate to release his tax returns?

I think I’ve heard enough from folks saying, look, let’s see your tax records. I have nothing in them that suggests there’s any problem and I’m happy to do so. I sort of feel like we are showing a lot of exposure at this point. And if I become our nominee, and what’s happened in history is people have released them in about April of the coming year and that’s probably what I would do.

Friends, that is the jibber jabber of a man crossing his fingers behind his back. It is also the signal for news orgs to RELEASE THE ACCOUNTANTS!

As one of the wealthiest candidates to run for president in recent times, Romney has used a variety of techniques to help minimize the taxes on his estimated $250 million fortune. In addition to paying the lower tax rate on his investment income, Romney has as much as $8 million invested in at least 12 funds listed on a Cayman Islands registry. Another investment, which Romney reports as being worth between $5 million and $25 million, shows up on securities records as having been domiciled in the Caymans.

His campaign insists Romney's tax bill would be the same even if he kept all his money in a Serta mattress somewhere on US soil. So the point of flying sacks of cash first-class to the Cayman Islands would be....?

[Tax experts] say the offshore accounts have provided him -- and Bain -- with other potential financial benefits, such as higher management fees and greater foreign interest, all at the expense of the U.S. Treasury.

[Jack Blum, a Washington lawyer who is an authority on tax enforcement and offshore banking] said working through an offshore investment vehicle allows the investor to "avoid a whole series of small traps in the tax code that ordinary people would face if they paid tax on an onshore basis."

Trillions of points to anyone who can get Mitt to release a tax return from any year not immediately preceding the last two presidential elections! [ABC News via WaPo]