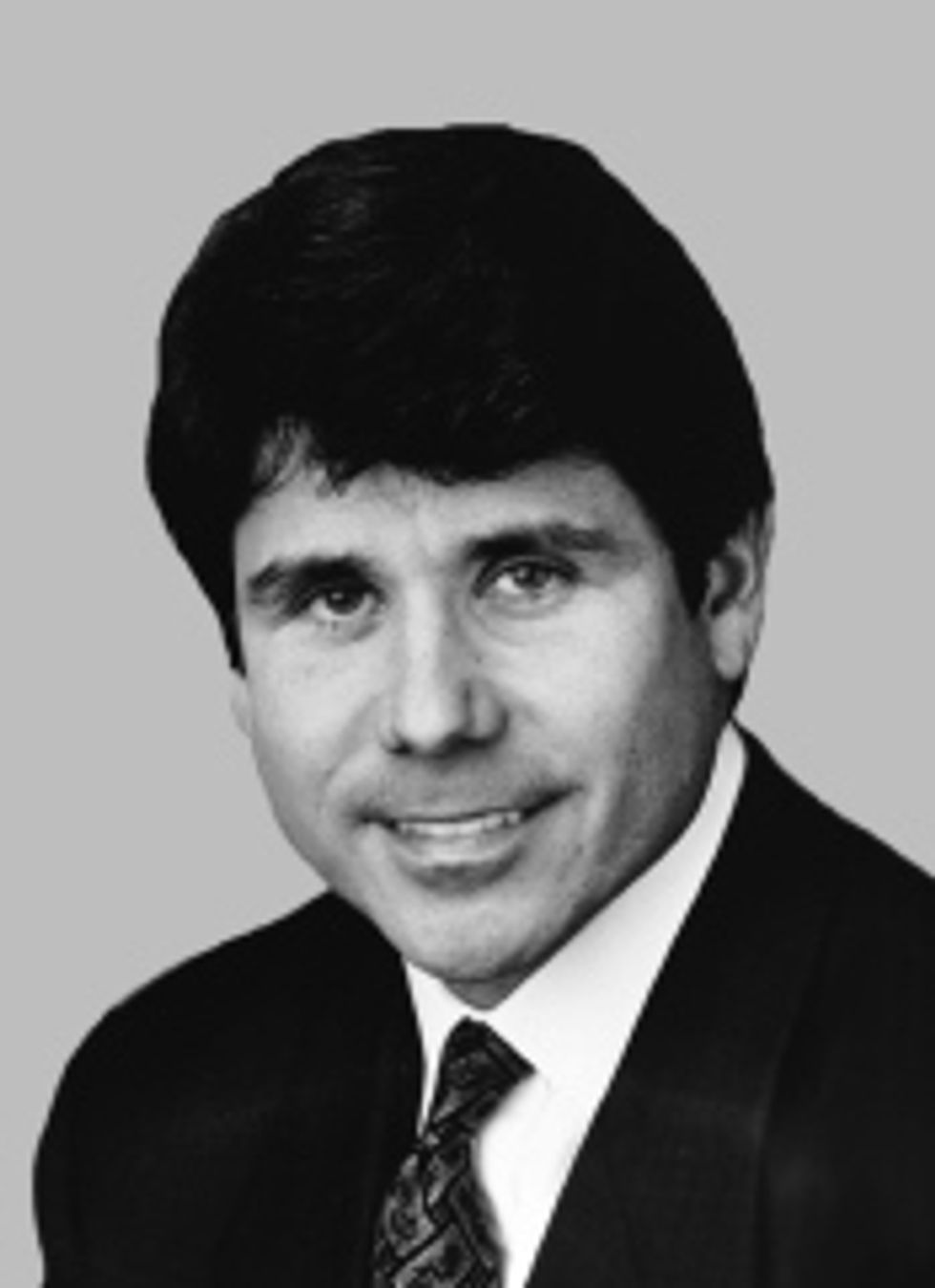 Rod Blagojevich, the fifth Beatle, was arrested just three days ago for being a comical idiot who got caught on tape swearing his face off while plotting to sell Barack Obama's vacated Illinois Senate seat. But he's not letting anything like an arrest and national humiliation get him down, oh no! He is upbeat and positive about, uh, ignoring all the polls that say he should resign, because a terribly disgraced and effectively powerless governor has many important things to attend to -- things he cannot possibly hope to affect in the slightest!

Here's what spokesman Lucio Guerrero had to say to a local Chicago news affiliate:

"I don't even know if he knows about those things [like Barack Obama saying he should resign]. I mean, I think he's got bigger things to worry about, like the state budget, the economy, things like that. Making sure the state continues to run and not those types of things."

Rod Blagojevich will fix the economy by calling it a motherfucker and selling it, for 90 yen, to Jesse Jackson Jr.

Spox: 'Upbeat' Blago Has 'Bigger Things to Worry About' than Calls for his Resignation [The Note]