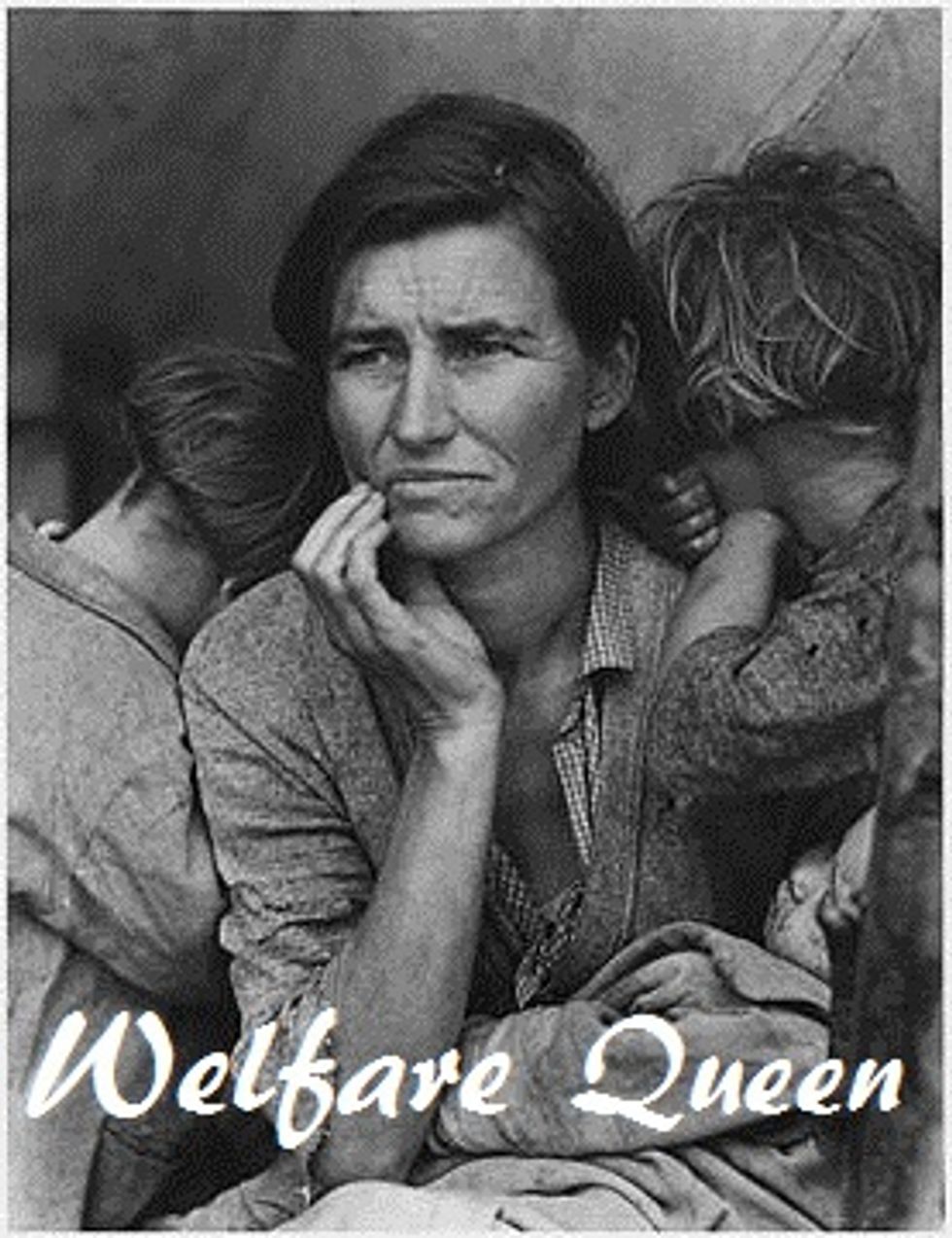 So our little mommyblog has been harping on the Republicans in Congress because of their strong desire to ensure thatpoor peopledon’t eat, because poor people are just wasting taxpayer monies by being frauds. Luckily, the USDA (which administers food stamps) just came out with a big honking report on overpayments, and this is surely gonna be red meat for the Republicans: $20 million in overpayments by the USDA! Hoo boy, libruls are gonna have a tough time with this one… hold on… what’s that, Washington Post:

In a report released this week, the USDA inspector general said the agency spent nearly $15 million on undue payouts through the Federal Crop Insurance Corporation while issuing no major overpayments for nutrition assistance, including the Supplemental Nutrition Assistance Program — formerly known as food stamps.

Yeah, we bolded that last part because… well, because it’s important, that’s why.

Boy, we has a confuze! We were sure that all people on food stamps were just welfare queens who were committing a giant fraud on the American people because we all have that one conservative friend who heard a story from an email from his reliable uncle that there was a guy at a store somewhere who bought a lobster with food stamps, so it’s all a sham because poor people just steal.

But it seems that there aren’t poor people who are living the high life on the federal dole… rather, rich agribusinesses are bilking the crop insurance system… with an average excess of $209,000. We here at Wonket are not Mathletes, but we can do basic calculations, provided there is enough alcohol. So if you carry the four, and x equals the airspeed velocity of an unladen swallow, it would seem that the excesses just from crop insurance equals the amount it would take to provide food stamps for nearly 31,000 families of four for a year. But then some wingnut would just complain about the growing power of the poor-people-eating-food-industrial complex.

But you know what, GOP? Keep on trying to dick over the poor. It’s not like farmers are making record profits or anything. And it’s not like more people need food stamps because of a sluggish economy. Keep on doing the Lord’s work of making the rich richer and the poor poorer. Besides, since when has the GOP been a party that relies on facts and data to make decisions?

We look forward to the House GOP seeking to cut food stamps by $40 billion this fall, using the rationale that if poor people really needed the money, they would find a way to cheat the system as effectively as farmers do. Since there aren’t massive overpayments, it must mean people aren’t really poor. LOGIC WINS AGAIN.