Utah GOPer: Women Should Be Paid Less So Their Male Co-Workers' Wives Can Stay Home 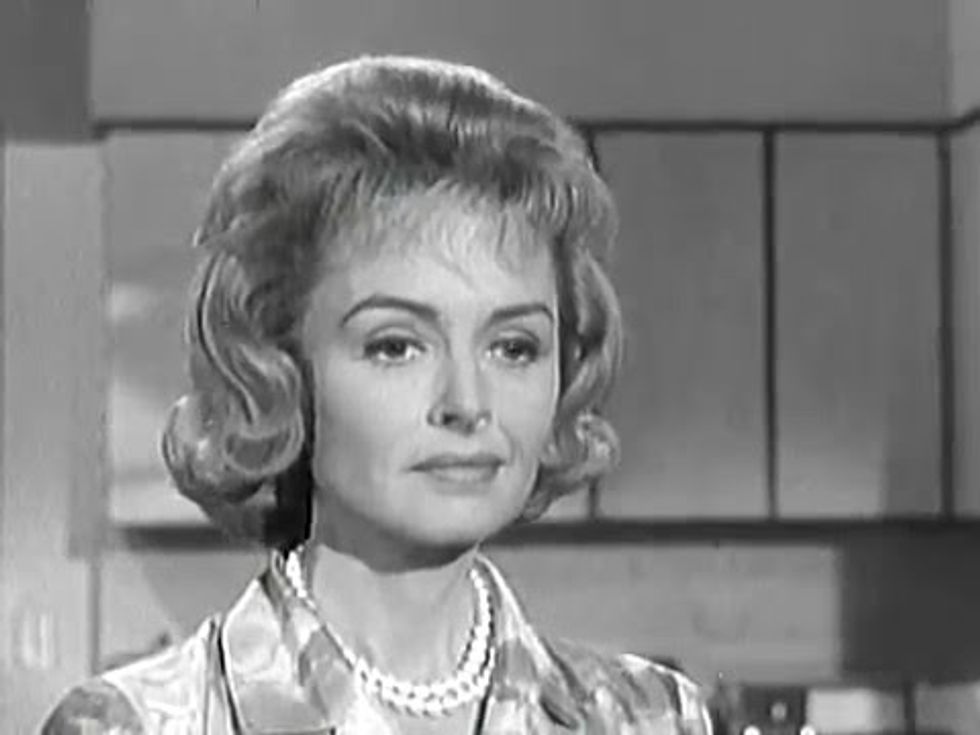 James Green, the vice chairman of the Wasatch County, Utah, GOP, wrote a heartfelt editorial this week in opposition to Utah's Senate Bill 210, which would establish criteria for businesses to adhere to in order to encourage equal pay through transparency.

That seems fair, doesn't it? It does to me! If employers are not purposely just paying women less for no good reason, then they clearly have nothing to fear. If they're not, well, perhaps they shouldn't be doing that.

It did not seem fair, however, to James Green. In his editorial for the Wasatch Wave, Green explained that it is real important that businesses are able to pay women less, because that means they can pay men more, and then the wives of those men can stay home and be housewives. And that will just absolutely save society!

If businesses are forced to pay women the same as male earnings, that means they will have to reduce the pay for the men they employ... simple economics. If that happens, then men will have an even more difficult time earning enough to support their families, which will mean more Mothers will be forced to leave the home (where they may prefer to be) to join the workforce to make up the difference.

And as even more women thus enter the workforce that creates more competition for jobs (even men's jobs) and puts further downward pressure on the pay for all jobs... meaning more and more Mothers will be forced into the workforce. And that is bad for families and thus for all of society.

Even in the very red state of Utah, people were a little put off by the suggestion that women who work should be paid less in order to allow the wives of their male co-workers to stay at home and raise children. Weird! I wonder if he would also want single or childless men to take such a hit to their paychecks, because I feel as though he probably would not.

In response to the criticism, Green released a second letter to local TV station KSTU explaining that he totally didn't mean to insult "Women," he just thought the government should stay out of business's business.

I submitted a letter last week which some found offensive. First of all, I want to clarify those were purely my opinions and do not reflect those of the Wasatch County Republican Party or the Republican Party in general.

Secondly, I want to clarify the main focus of my letter was to express that I don’t feel the government should be dictating to private establishments what they must do in regard to employment, hiring, or wages.

There was no offense intended toward Women, whatsoever. And yet some took it that way. To those who were offended, I profusely apologize. I sincerely did not mean to do that.

Of course, Women’s contributions in the workplace are just as valuable as any one else’s. I was merely pointing out the historical reasons for pay disparity and the challenges of overcoming that.

While I worked my fingers to the bone (with numerous extra side jobs) so my Wife could stay in the home and raise our two Sons, who are now both Physician/Surgeons (plus one also has a Law Degree), I realize not everyone is so fortunate.

Please accept my apology for any misunderstanding.

TL;DR: He's sorry if you were offended! But also if your "Sons" do not turn out to be Physician/Surgeons with Law Degrees, it is probably because your wife couldn't stay home to raise them, because some selfish bitch at your office didn't want to make less money than you in order to subsidize that.

There is, of course, absolutely nothing wrong with one parent choosing to stay home and raise Oddly Capitalized Children. I think it's fine! But that doesn't mean that women should get paid less. I also didn't see James Green suggesting that single mothers should get paid more than single, childless men, so they can afford childcare.

If businesses cannot manage and cannot be trusted to treat their employees fairly on their own, then yes, it is up to the government to step in. All this bill is calling for is transparency -- that people know what it is they have to do in order to deserve a raise. It's not even actually demanding that these business owners pay women the same as men, just that they give all employees the same criteria for an increase in compensation or benefits. And that is fair. In this case, it's about the employee's rights, rather than the business owner's rights. Duh.

There are lots of things that James Green and others could do to help families that don't necessitate women being paid less. They could call for increased wages, more paid leave, subsidized child care etc. etc. But they just, for some weird reason, never seem to do that. I wonder why!