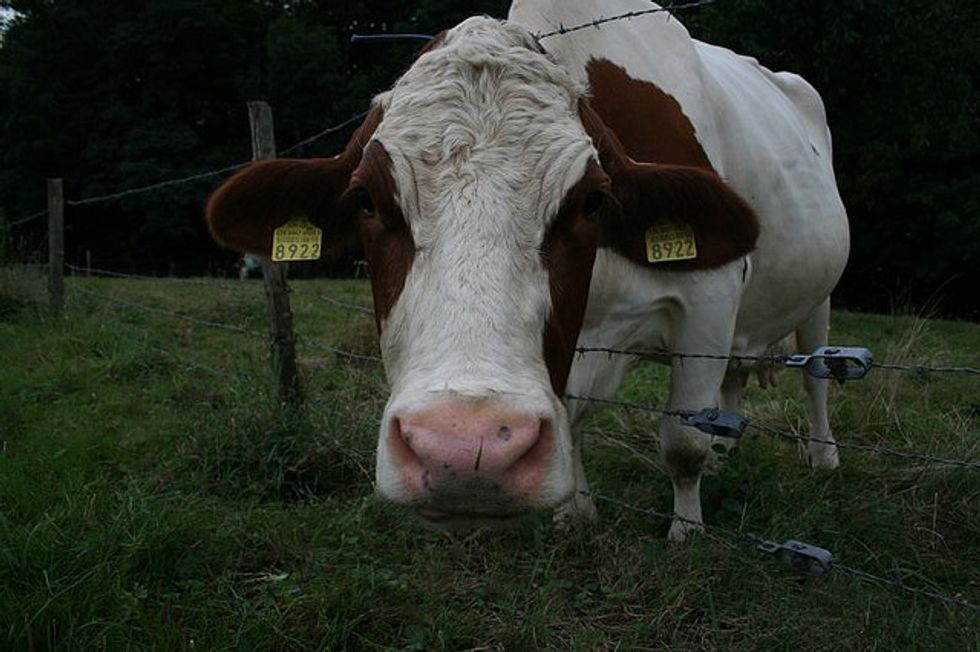 ALEC, the American Legislative Exchange Council, has been busy passing Stand Your Ground laws and unionbusting laws and putting children in prison laws. You know, your basic "common good." But it also has a fun new "ag gag" bill it has been peddling around to all the states -- like, even California? that is how ambitious they are! -- that basically says you cannot do investigations into animal abuse, because when you do investigations into animal abuse it enablesTennessee senators to keep raping their hogs.

Well, ALEC's soldiers for decency and non-hog-raping have their very first arrest (that we know of): this young lady, Amy Meyer, who filmed injured cows from public property and then uploaded the film to Youtube and now apparently is being prosecuted and faces up to six months in the pokey!

In our previous story about the hog-raping senator, we explained that Tennessee Senator and hog farmer Andy Holt had written a not very polite email to a Humane Society organizer explaining that it was her organization that was responsible for animals being abused. (Huh? Well, the fig leaf for that statement is that these "ag-gag" bills written by ALEC purport to ensure animal safety by mandating that any evidence be handed over to prosecutors within 48 or 72 hours. Of course, this means there can be no longterm investigations, but sure: the Humane Society are the real pig-fuckers by letting the pigs continue to get fucked while they compile their precious "evidence.")

And yet other bills, like Pennsylvania's, don't even have the "you're the real raper" out clause: they simply criminalize recording any sound or sight from any agricultural concerns, without permission of the owner, at all.

Yes, even from a public street.

So sorry, Utah's Amy Meyer. YOU JUST GOT ALECKED!