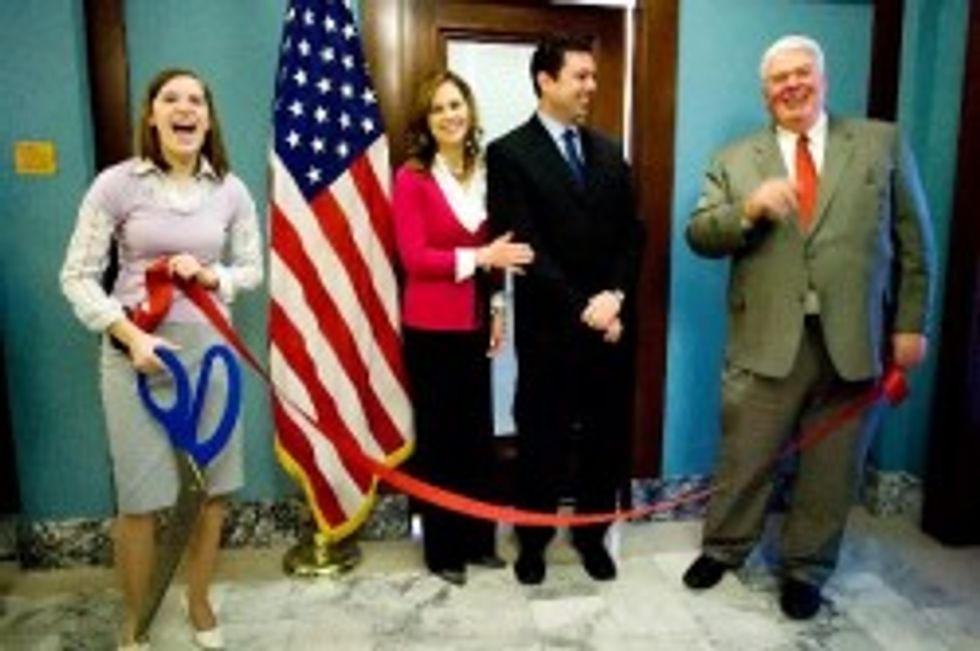 Representative Jason Chaffetz, a Republican (duh) from Utah, has a lot in common with his fellow Republicans, given that he thinks that fixing the deficit is a very, very important issue, but! not so important that we should be willing to cut defense spending or let the Bush tax cuts expire to get the job done. See, to Representative Jason Chaffetz, the deficit is avery specific level of important that necessitates raising the retirement age to 72, but does NOT require the expiration of the Bush tax cuts. In an op-ed over at The Hill called “Washington Has a Spending Problem, Not a Revenue Problem,” Chaffetz patiently explains that if we’d all just be willing to pitch in and sacrifice a little — you know, retire at 72, privatize Medicare, limit government assistance to Poors, that sort of thing -- we can protect the interests of oil companies and rich people AND fix the deficit!

Clearly, we need to focus on entitlements [...] and I’ve introduced a Social Security reform proposal that slows the growth in Social Security spending while protecting seniors and avoiding tax increases. Of course, the reaction from the Left has been predictable: we need more revenue from rich people and oil companies. As a percent of GDP, federal government revenues are at historic lows, but not because our tax-rate-and-base structure is too generous to taxpayers. In 2012, CBO projects revenues to equal 15.7% of GDP which is lower than the 18% historical average, but this is attributable to high unemployment and low workforce participation rates. By 2017, CBO projects the economy will have recovered (apparently they are assuming Romney will get elected) and revenue will reach 18% of GDP under the existing tax structure.

HAR! Congressman Chaffetz made a joke about how if Romney (R-Money) gets elected, the economy will recover.  You may be tempted to believe that the entire op-ed piece is a joke, what with him concerned about the deficit instead of, say, employment, and the fact that he doesn't seem to understand that fear of DEBT is actually fear of REPAYMENT, which can be addressed through increasing REVENUE, which you can get from RICH PEOPLE or OIL COMPANIES or OTHER COMPANIES.

But no, dear reader; it is not a “joke,” other than the fact that it reflects a view held by many elected officials in one of our two major political parties, meaning, effectively, that there is a joke and our political system is it.