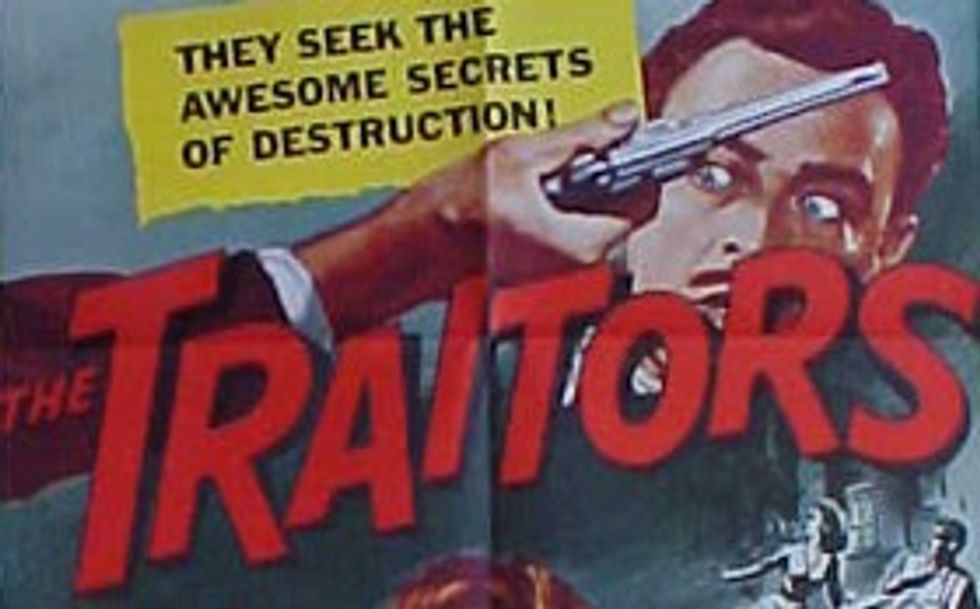 Dare we call this a ROLL-OUT? MMHMM. After only eight months, and with health care reform shockingly enough moving forward and almost (almost!) out of committee, a few random Republicans and ex-Republicans and pretend Republican movie stars have decided, "We like this thing, the Obama health care reform, and we don't care who knows!" (Well, Bill Fristdoes kind of care who knows, which is why he's walking his support back. Whoopsy Doctor Bill!)

Karen Tumulty of TIMEreports on the Hot New National Trend, which is for various rogues and losers who have been Republican at some point in their lives to "go Galt" about health care reform:

Okay, maybe it's not enough to call a groundswell. But after former Majority Leader Bill Frist told me last Friday that he would end up voting for the bill were he still in Congress (with some caveats about the shortcomings of the legislative language as it now stands), we've heard from some other GOP voices in support of the basic contours of Barack Obama's health care reform effort: Bush Administration HHS Secretary Tommy Thompson, New York City Mayor Michael Bloomberg (who ran as a Republican, but who is now an independent) and Mark McClellan, who ran both the Food and Drug Administration and the Medicare and Medicaid programs under George W. Bush.

One time Tommy Thompson tried to run for president, but no one gave him any money! Now it is payback time, with his massive endorsement.

But there's one more, hot off the Internets: Arnold Schwarzenegger -- the Nazi! Will a Nazi's endorsement help pass this thing? It could happen!