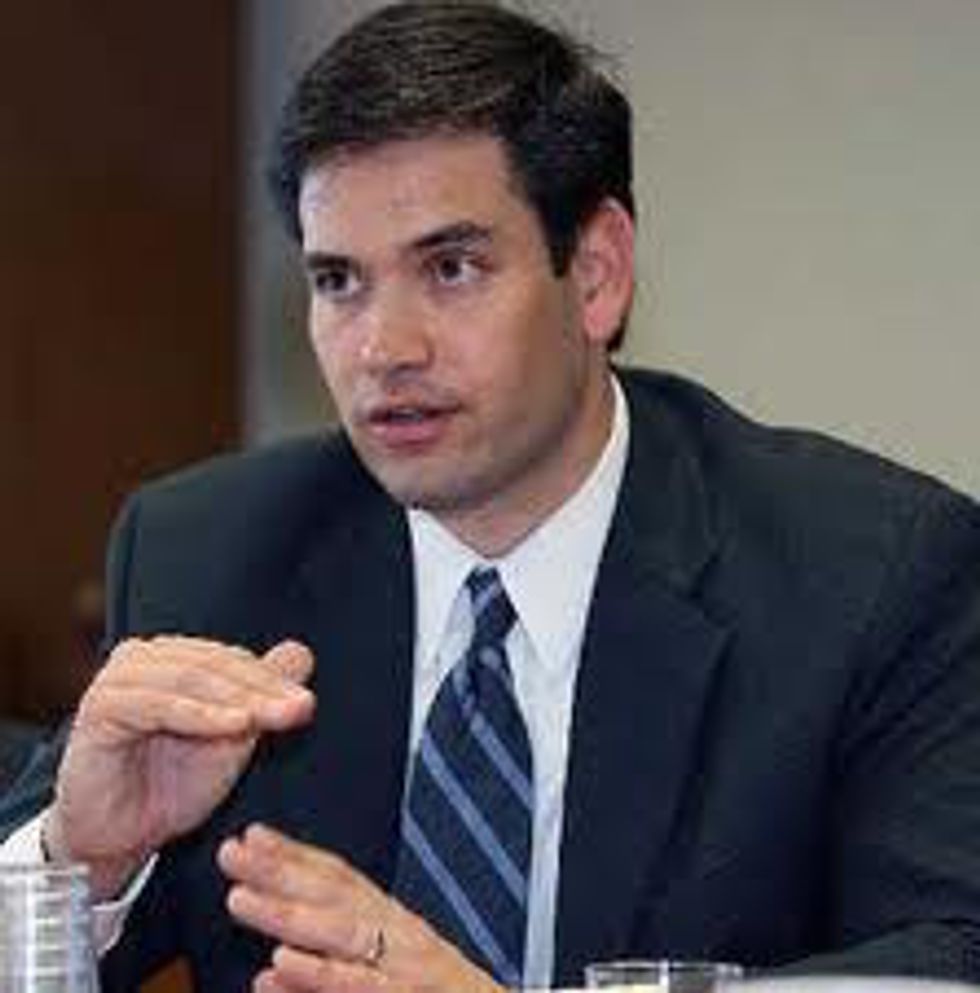 Once upon a time, in June, Marco Rubio was the candidate who was above it all. You weren't going to see him rolling around in the mud with Donald Trump like the other also-rans. In addition to insisting that President Obama has "no class" -- Obama dared to invoke Dick Cheney's name, which is most uncouth indeed -- Rubio said of Trump:

To conduct the presidency, it has to be done in a dignified way, with a level of class. […] I don’t think the way of his behavior over the last few weeks is either dignified or worthy of the office that he seeks. We already have a president now that has no class.

That was the classy, mature Rubio of last summer, the Rubio who believed staying above the fray would prove to the Big Boys of the Republican Party that he alone possesses the necessary class and dignity-restoring presidentialness to be our next leader.

The Rubio of February, however, is older now, and wiser, and has yet to win a single primary or caucus -- not that you have to win states to win the nomination, according to Rubio, who is an idiot and very bad at math. So this Rubio sees things a little differently, and a lot more desperately, now:

Not that we expect Rubio to know things -- knowing things is not his jam, as we've observed before -- but the dramatic pause for effect in Rubio's attack on the short-fingered vulgarian might have been intended to suggest that Trump's trustworthiness could be measured, and questioned, below the belt. (Fun fact: Studies have suggested that short fingers indicate bigger "trustworthiness." That Rubio could even screw up a schoolyard insult should surprise no one.)

On Saturday, Rubio delivered -- in a classy, dignified, presidential way, of course -- a stinging blow to Trump's face, saying the Donald "should be worrying about the lines around his eyes from the horrible spray tan." Anyone who was on the border fence about whether to support Trump or Rubio was certainly swayed by that. Rubio might not Make America Great Again, but he will restore a dignified and natural skin tone to the Oval Office. Vote Rubio!

Of course we welcome this even lower, dirtier, unapologetically juvenile stage of the Republican primary race. Let it all hang out, fellas. The next GOP debate is March 3, and we're hoping the Fox News moderators bring a measuring tape. We do enjoy a good dick joke, after all.